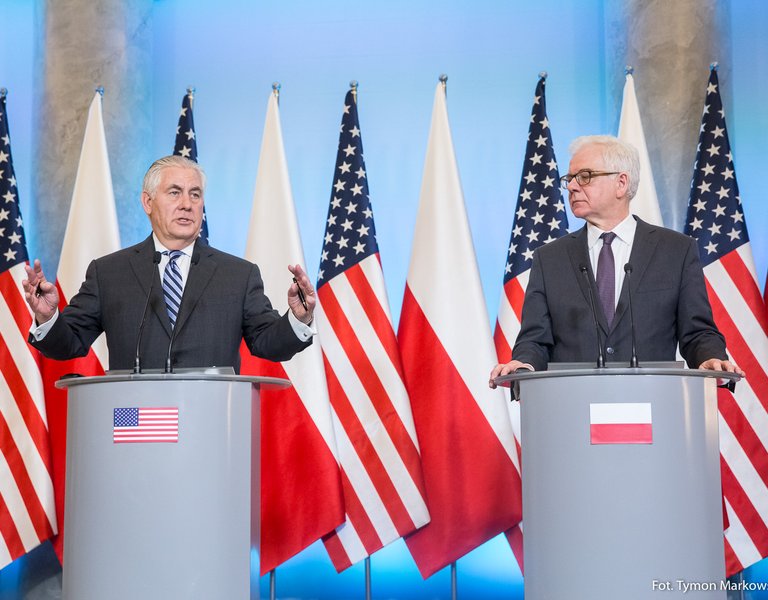 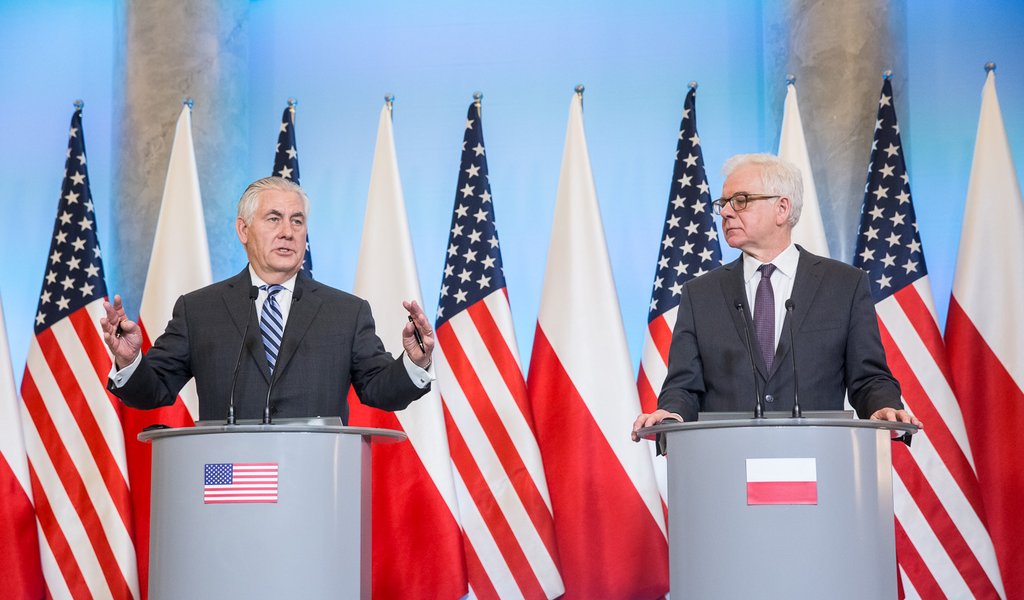 Poland and US agree on roadmap for future co-operation

“US Secretary of State Rex Tillerson’s visit to Poland reaffirms the close ties existing between Poland and the United States”, FM Czaputowicz said after his meeting on Saturday with the chief of US diplomacy.

Polish President Andrzej Duda and Rex Tillerson met on Friday evening in Warsaw. The meeting which took place in the Belweder Palace, lasted about an hour. Andrzej Duda and US Secretary of State Rex Tillerson have agreed on a roadmap for Polish and American co-operation for the near future regarding economic and political relations pertaining to international security, Polish president's top aide said.

Prospects for developing Polish-US cooperation further was on top of the agenda of Saturday’s meeting between Prime Minister Mateusz Morawiecki, Foreign Minister Jacek Czaputowicz and US State Secretary Rex Tillerson. Poland’s chief of diplomacy said that security issues continue to be the axis of bilateral relations and that cooperation in the energy sector and energy security are gaining significance in our relations. “We both see the need to diversify energy supplies to Europe through exports of US liquid natural gas (LNG) and other means, and to develop energy projects as part of the Three Seas Initiative and others,” said Minister Czaputowicz.

During talks with the US top diplomat, the importance of sustained US engagement in Europe, and the need to continue the process of enhancing NATO’s eastern flank through lasting and long-term US military presence in Poland were stressed. “The stationing of US troops in Poland gives us a sense of security. We opt for their permanent presence here,” underscored the MFA chief. “We both see the need to strengthen NATO by implementing decisions taken at the Warsaw Summit and to consolidate these decisions at the NATO summit in Brussels this July,” he added. The Polish side also said it expected the construction of the ballistic missile defence site in Redzikowo to be finalised during the third phase of the European Phased Adaptive Approach.

The meetings also provided an opportunity to exchange views on the most serious challenges and threats to international security, including in the context of Russia’s policy, North Korean nuclear and missile armament, and global terrorism. The two sides noted that new opportunities exist for cooperation in this area resulting from Poland’s non-permanent UN Security Council membership. “We declared our readiness to cooperate in the UN,” said Minister Czaputowicz.

In Warsaw, the US delegation laid a wreath at the Monument to the Heroes of the Ghetto Uprising to honour the victims of the Holocaust on the 73th anniversary of the liberation of the Auschwitz camp.  The visit took place as Poland is celebrating the 100th anniversary of regaining independence. “We are grateful to the United States for supporting our drive towards independence in the past and for guaranteeing our security today,” emphasized Poland’s top diplomat.