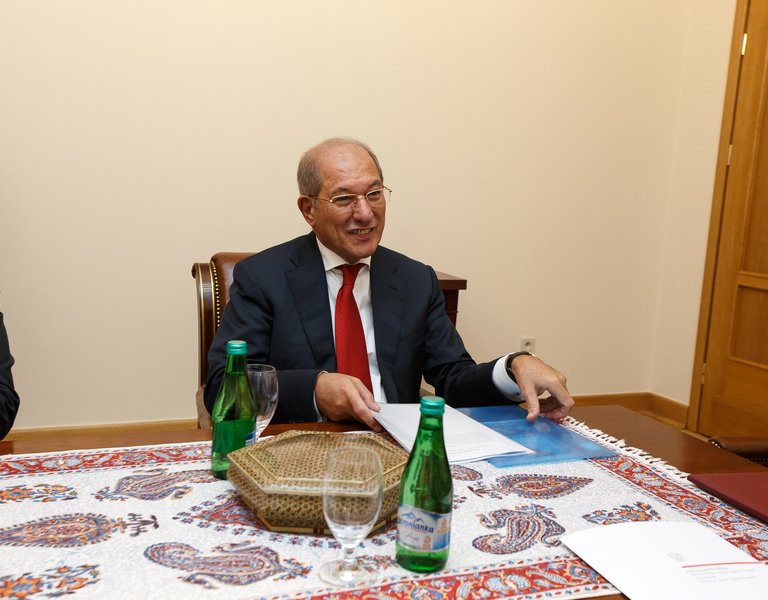 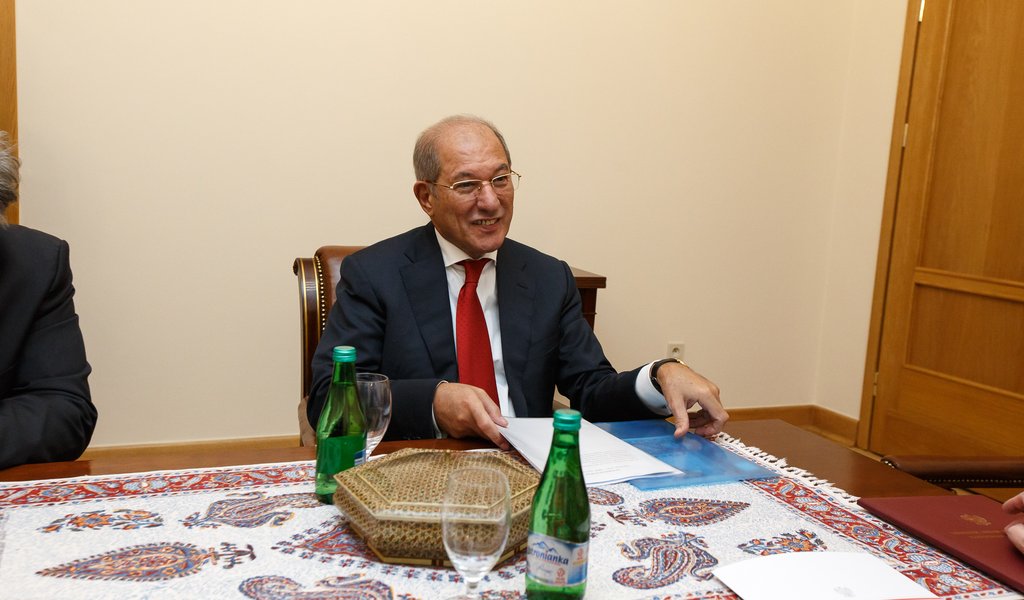 An interview with Ahmet Üzümcü, the Director-General of the Organisation for the Prohibition of Chemical Weapons.

Poland.pl: What have been the key achievements of the OPCW in recent years? What are the main challenges that the OPCW is expected to face in the immediate future?

Ahmet Üzümcü: The OPCW has achieved goals established by the Chemical Weapons Convention which was negotiated more than 20 years ago in Geneva. Since it entered into force in 1997, the primary focus of our efforts has been the destruction of chemical weapons’ stockpiles and its verification by OPCW experts and inspectors. In this respect, we need to acknowledge that it is a huge achievement to see that 93% of these stockpiles have been destroyed. This is progress that has also been recognized by the Nobel Peace Price Committee when it awarded the OPCW with the Nobel Peace Prize in 2013.

There are other ongoing activities which are also relevant, of course, such as verification of chemical industry activity. There are 5,000 plants that have been declared to the organization and which are inspected every year based on a random selection. The whole verification mechanism of the chemical industry was aimed at ensuring (a) certain degree of transparency and a form of confidence-building measure. I think this mechanism is also functioning effectively. A number of sites were added a few years ago. They may not be increased further right now, but I believe it ensures a high degree of sensitizing the industry and also rising awareness about security risks.

Other OPCW activities are related to the promotion of international cooperation on the peaceful use of chemistry. This is a major incentive for developing countries which have no chemical industry. However, we still want them to engage in the works of the organization, especially in regards to new emerging threats such as chemical terrorism which is one of our biggest concerns.

The war in Syria has also had an impact on the OPCW. The organization was asked to facilitate and coordinate the destruction of chemical weapons in Syria. This was a big challenge which the organization had never dealt with before. I think we passed this test quite successfully, of course with cooperation with the UN and the support of many countries, including Poland. During this operation, several new techniques were used such as destruction at sea, on board of a cargo ship provided by the United States.

What remains to be done is to continue the destruction of remaining stockpiles. Now the major states in possession of chemical weapons are the Russian Federation and the US and we hope they will complete their destruction with within the next 6-7 years.

What is Poland’s specific role in the efforts aimed at the prohibition of chemical weapons?

Poland has been a very active country during the negotiation phase. And it has taken the lead in preparing and submitting draft resolutions at the first committee at the UN General Assembly, which we really appreciate.

The Polish mission in The Hague has been also very active in supporting the work done by the OPCW, including contribution to reports on Syria. A Polish academic is among the members of the scientific advisory board.

The chemical industry plays an important role in Poland. More than 30 company plants are declared to the OPCW. Poland has received more than 30 inspections over the past nearly 20 years and all of them went very smoothly. This is also a sign of Poland’s commitment to its obligations derived from the chemical weapons convention.

Poland has hosted several capacity building activities. Now we are going to work together to resume the designated laboratory in Poland. We have a network of designated labs which are tasked with analyzing samples which may be collected from the state parties.

How does the situation in Syria look like with regards to chemical weapons?

Syria became an OPCW state party in October 2013 and, in line with its obligations linked to the convention, it declared stockpiles of chemical weapons, over 1,300 metric tons. These were mostly precursors or substances which could be used for the production of different chemical weapons when they are mixed like for example sarin.

The only readily available chemical weapon was 20+ metric tons of sulfur mustard. The rest was stored in containers which made our job to transport it for destruction easier. They were not weaponized. Since then, we haven’t seen any evidence of use of chemical weapons. However, we received reports informing us of the use of chlorine as a weapon. Chlorine is not a chemical weapon as such because it’s used on a daily basis by almost every state for water purification and other purposes. Therefore, it’s not declarable. But it was the first chemical weapon that was used during the First World War, in 1915. In order to find out whether allegations are true, we established a fact finding mission in spring 2014.

The first team was deployed to Syria but it was attacked, and we had to deploy them elsewhere. Only then was the team able to interview victims and take samples. The final report of their work indicated that chlorine was indeed used. It was later confirmed by the investigation body established by the UN Security Council.

Speaking of other chemical weapons present in Syria, there is also sulfur mustard which is used by the so-called Islamic State. Looking at its quality, the experts’ assessment is that it could be produced by ISIS itself. But still, we haven’t received any reports on the use of sarin since Syria has become a member of the convention.

According to recent estimates, there are still around 40,000 tons of chemical weapons from Second World War on the bottom of the Baltic Sea. Polish experts from the DAIMON mission are trying to retrieve and destroy them. Is the OPCW somehow contributing to these kind of actions?

I recognize this is a sensitive issue for our state parties which have shore on the Baltic Sea. However, this is not within the mandate of the OPCW. But if such chemical weapons come to the surface, state parties have an obligation to declare them to the organization. We also have the expertise to help them identify whether it is a chemical weapon and if so what sort, as well as assist them during their destruction.

Our role is limited to this at the moment. There are some countries, including Poland, which are active in organizing certain workshops in other to sensitize other state parties to this problem. So far, most countries perceive it as an environmental issue rather than a security issue. 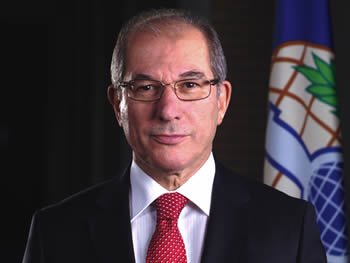 Ahmet Üzümcü is the Director-General of the Organisation for the Prohibition of Chemical Weapons. He is a career diplomat with vast experience in multilateral diplomacy. During the past decade he has represented Turkey at the North Atlantic Treaty Organization (NATO) Council, the Conference on Disarmament, the United Nations and other international organisations in Geneva. Ahmet Üzümcü received the 2013 Nobel Peace Prize on behalf of the OPCW in December 2013.