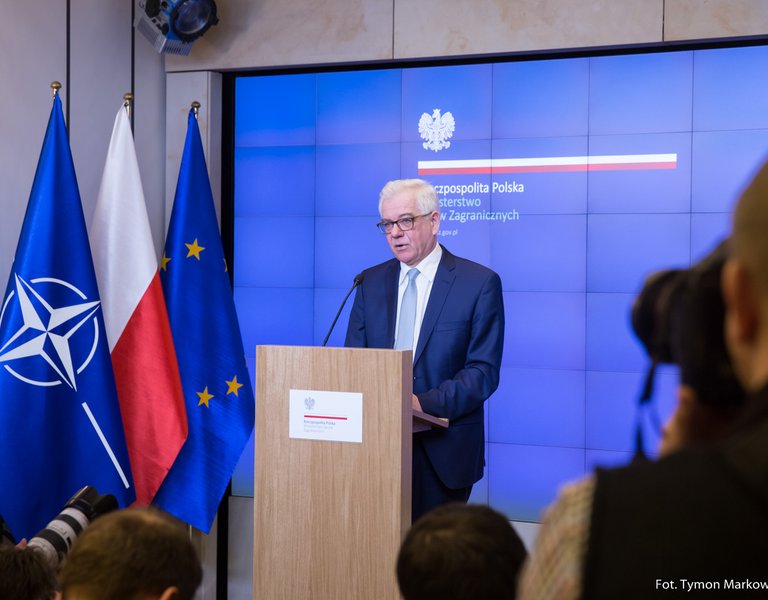 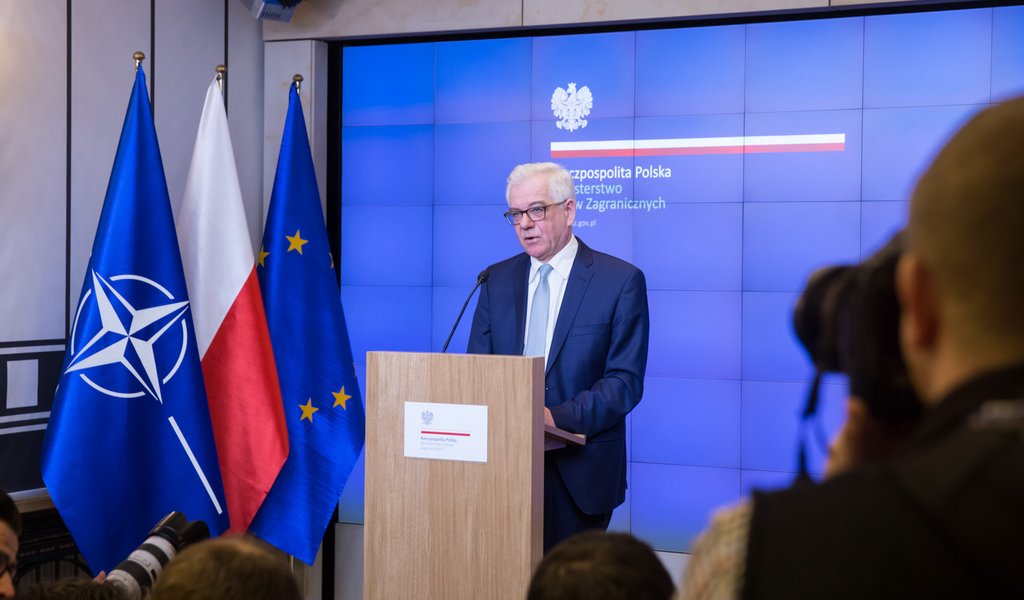 Poland has decided to expel four Russian diplomats in response to a recent attempt to assassinate British-resident former Russian double agent Sergei Skripal and his daughter. According to the British side the attempt was most probably masterminded by Russia.

"Poland has decided to declare four Russian diplomats persona non grata. I want to emphasise that the decision expresses Poland's solidarity with Britain," Polish foreign minister Jacek Czaputowicz said. He added that the Russian ambassador in Warsaw, Sergei Andreev, was notified about the decision earlier on Monday.

Czaputowicz said the deadline for the expelled Russians was April 3, which left them with sufficient time to prepare their departure. He declined to reveal the diplomats' names, informing only that some of them had been involved in "illegal activities" outside of their diplomatic duties.

"The diplomats we have pointed out have been pronounced persona non grata because their activities have been found to run against the Vienna Convention clauses on diplomatic activity. In other words, they were involved in activities which were not necessarily diplomatic,", the minister said.

Commenting on the attempt on Skripal, Czaputowicz called it "the first time in the history of post-war Europe that chemical weapons were used against civilians."

Czaputowicz said Poland's expulsion of the four Russian diplomats was part of a broader international response to the attack on Skripal. Asked how many EU members planned to expel Russian diplomats from their territory, he said that according to his knowledge such steps were being considered by around eight countries.

Czaputowicz said Poland expected retaliatory steps by Russia and the expulsion of Polish diplomats from Moscow. He added, however, that Poland reckoned with such costs and stressed that the Polish government's main objective in the matter was to show solidarity with Britain in connection with the Skripal affair.

Asked if the expulsions were linked to Friday's arrest of a Polish ministry official suspected of commercial espionage for Russia, Czaputowicz said the issues were unrelated but signalled that "threats from the Russian side need to be taken seriously."

Krzysztof Lapinski, spokesperson for Polish President Andrzej Duda, said earlier on Monday that the European response to the attack on Skripal should be "severe for the Vladimir Putin regime."

Deputy Foreign Minister Konrad Szymanski said the expulsions were not "a final gesture", and observed that Poland hoped the EU continues with its determined stand towards Russia.

Besides Poland, expulsions of Russian diplomats have been announced by the US, Canada, Ukraine, Germany, France, Italy, Holland, Denmark, the Czech Republic, Romania, Finland and the Baltic States.