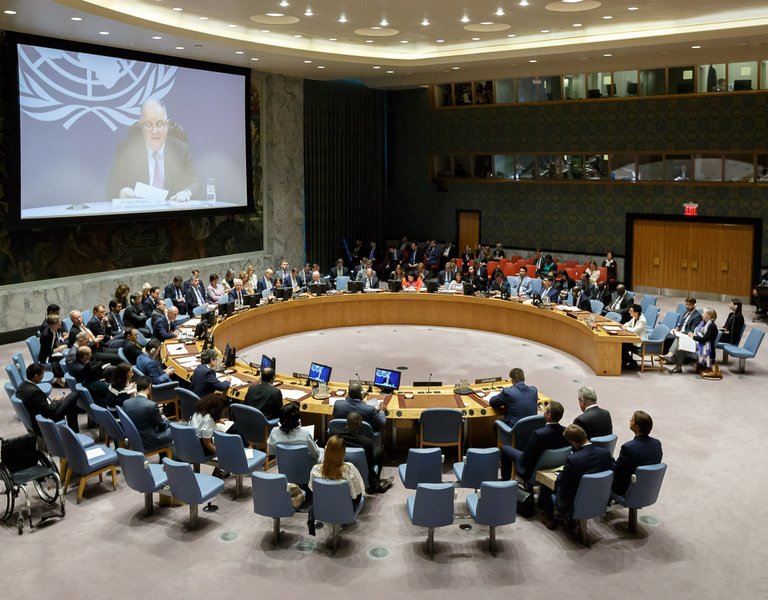 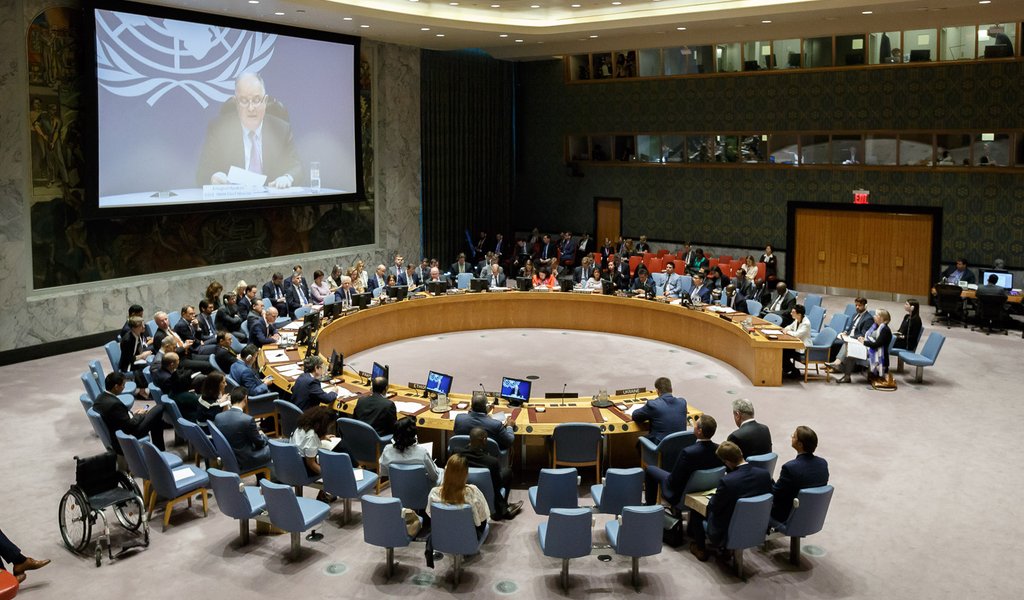 Poland in the UN

From the beginning Poland has been involved in the activities leading to the establishment of system of global security. Despite the limitations connected with being under Soviet influence, during decades Poland sought actively work in the areas of international law, decolonization, disarmament and non-proliferation, as well as in observation and peacekeeping missions. After gaining back its sovereignty in 1989, Poland joined the discussion on the reform of the United Nations system. On January 2018 Poland began its two-year term as a non-permanent member of the UNSC. It’s priorities are: conflict prevention, international law and new threats. 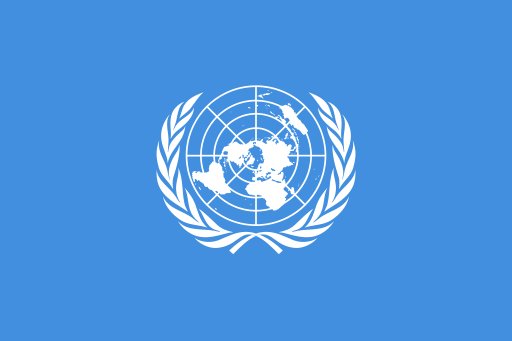 The legal act that officially established the United Nations was the San Francisco Charter of the United Nations, signed on 26 June 1945. Yet, due to the aggressive policy of the Soviet Union against Poland and because of the lack of agreement regarding the Polish representation, Poland neither participated in the work of the preliminary conference that drafted the UN Charter, nor it took part in the founding conference in San Francisco. Stalin called for the invitation of representatives of the Communist Provisional Government of the Republic of Poland, not agreeing to the participation of representatives of legitimate (recognized by Western countries) Polish government in exile.

The leader despite control

In the years 1945–1989, Poland remained in the Soviet sphere of influence and as a result could not conduct its own, independent foreign policy. Despite these limitations, until the end of the Cold War, Poland sought to actively work in the areas of international law, decolonization, disarmament and non-proliferation, as well as in observation and peacekeeping missions. It is worth mentioning (previously consulted with USSR) the idea of a nuclear-free zone in Central Europe, presented in 1957 by Foreign Minister Adam Rapacki. The concept called ‘Rapacki’s Plan’ had not been implemented in the end, yet, it was an important step towards finding solutions for the non-proliferation of nuclear weapons.

After the “thaw” of 1956, Poland was involved in various disarmament and humanitarian initiatives. The sphere of development and codification of international law by the United Nations has always been a leading concern for Poland. The most outstanding professionals were assigned to work for the UN. They actively got involved in the work of the organization, in particular in the activities of the International Law Commission. In the years 1946-1993, Poland continuously had its representative in the International Court of Justice (Bohdan Winiarski and Manfred Lachs). And it was the only country along with the major powers to held that position. 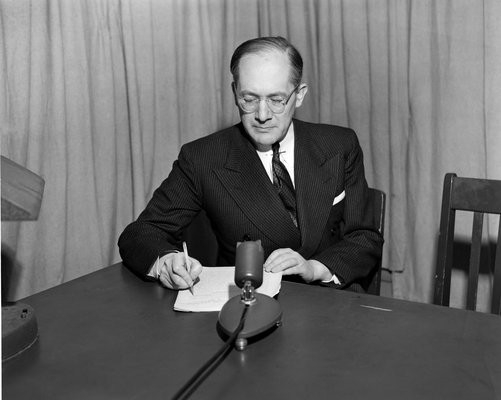 The term 'genocide' (genocidium) was introduced into international law by the great lawyer, Pole of Jewish descent, Rafal Lemkin. It was used for the first time in the indictment in the trial of German World War II criminals in Nuremberg. Lemkin was then advisor to Robert H. Jackson, the chief prosecutor from USA. The dramatic experiences of WW2 gave the Polish lawyer a global endorsement.

Lemkin’s accomplishment is even greater considering that he basically did this all on his own. He managed to successfully connect professionalism with moral sensitivity and was able to win over people to his thinking. Lemkin helped break taboo.

As a result of Lemkin's efforts, in December 1948 the United Nations General Assembly adopted the Convention on the Prevention and Punishment of the Crime of Genocide. He himself was nominated for the Nobel Prize ten times.

An important area of active involvement of Poland in the UN work was our presence in the peacekeeping operations. Polish Armed Forces participated inter alia in international peacekeeping missions since 1953 (NNSC – Korean Peninsula), and in the operations of the United Nations since 1973 (UNEP II - Egypt), while the Polish police was present in missions since 1992 (UNPROFOR - former Yugoslavia). In the UN, Poland stresses especially the principles of the functioning of peacekeeping missions, as well as post-conflict reconstruction in the countries in which operations took place.

Poland has always underlined great importance of the confidence-building measures, disarmament and arms control. In the 90s, the Republic of Poland was a member of the group of countries that have contributed to the arrangements of important disarmament agreements: the Convention on the Prohibition of Chemical Weapons (1993), the Comprehensive Nuclear Test Ban Treaty (1996) and the Convention on the Prohibition of Anti-Personnel Mines (1997). Particularly important was the Polish engagement in the containment of chemical weapons (already since 1969.) and in the implementation of the Convention. Poland, one of the 66 members of the Conference on Disarmament in Geneva, actively participated in the negotiations held at its forum.

After gaining back its sovereignty in 1989, Poland joined the discussion on the reform of the United Nations system. The basic premises of Polish involvement are the pursuit of the democratization of international relations, as well as the enhancement of the effectiveness of human rights protection. On the initiative of Poland, United Nations General Assembly adopted in 1990 the Convention on the Rights of the Child. In subsequent years, Poland advocated further for the importance of the issue of the promotion of human rights and the establishment of the Human Rights Council.

On 1 January 2018, Poland began its two-year term as a non-permanent member of the UNSC. Poland was a non-permanent member of the UN Security Council in 1946-47, 1960, 1970-1971, 1982-1983, 1996-1997. Since the last time, Poland needed to re-formulate objectives. In the 1990s, the key-terms of the UNSC’s agenda were the sanctions imposed on Libya, the situation within the Arab territories occupied by Israel, Iraqi invasion of Kuwait and the peace process in the former Yugoslavia. The world has changed and the Poland’s goals in 2018 are tied with today’s necessities.

According to the Ministry of Foreign Affairs, the primary goal is to ensure Poland’s external security. With the view to ensuring peace in Poland’s neighbourhood and monitoring the situation in Ukraine, on May 29, during the briefing on Ukraine held in the UN Security Council, the chief of Polish diplomacy Jacek Czaputowicz reaffirmed Poland’s support for a UN-proposed peacekeeping mission which would cover the whole Donbas territory, and thus effectively contribute to deescalating the conflict and support the implementation of the Minsk agreements. 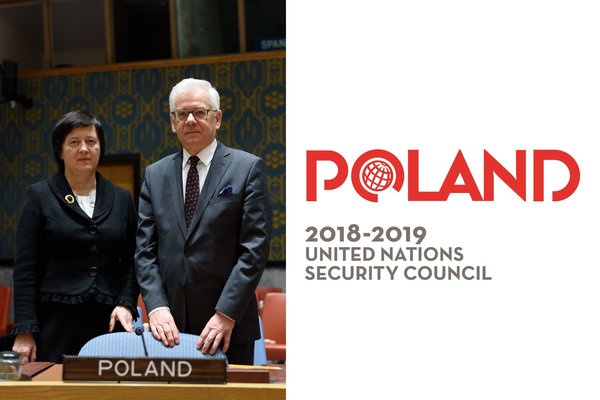 The second most important goal is to strengthen the position of the international law. – There is no peace without law. International law remains the strongest tool for civilised nations to ensure lasting peace – President Andrzej Duda stressed during debate in the UN Security Council in New York on May 17th. Strengthening the role of the international law, respect for its provisions and emphasis on its application are Poland’s priorities during its membership of the UNSC.

Another key-area is the protection of human rights, e.g. civilians in armed conflicts. The conflict prevention and mediation are the third area in which it will act during the term. On May 9th the Security Council focused on the briefing on UN peacekeeping operations. The event was a possibility to hear from the military commanders of peacekeeping operations about practical aspects and challenges to their missions. On May 7th as a result of a joint effort of Poland, France, Côte d'Ivoire and Sweden the Security Council hold an informal meeting to discuss the issue of children and armed conflict with the view to implementing of the action plans to protect the youngest victims of the military conflicts in Africa. On September, during his visit in New York FM Czaputowicz took part in the high-level event on health protection in crisis situations. He emphasized that humanitarian principles should be applied without exception. – Poland attaches great importance to access to basic medical care in crisis. - FM said. He met with President of International Committee of the Red Cross and signed the Memorandum of understanding on cooperation in the field of humanitarian aid. and UN Under-Secretary-General for Peacekeeping Operations Jean-Pierre Lacroix, with whom he discussed the possibilities for Poland’s involvement in the UN peacekeeping operations system.

Moreover, on September 2017, President Andrzej Duda declared Polish support to the Agenda 2030 programme for sustainable development. He emphasized the we should increase the efforts to combat major global problems, like climate change or rise of the need in the field of the humanitarian aid. In recent years, Poland has actively joined the efforts to combat the adverse effects of climate change. We organized two climate summits, one in 2008 in Poznan and another one in 2013 in Warsaw. On December, the 3rd edition of the COP will be hosted in Katowice.