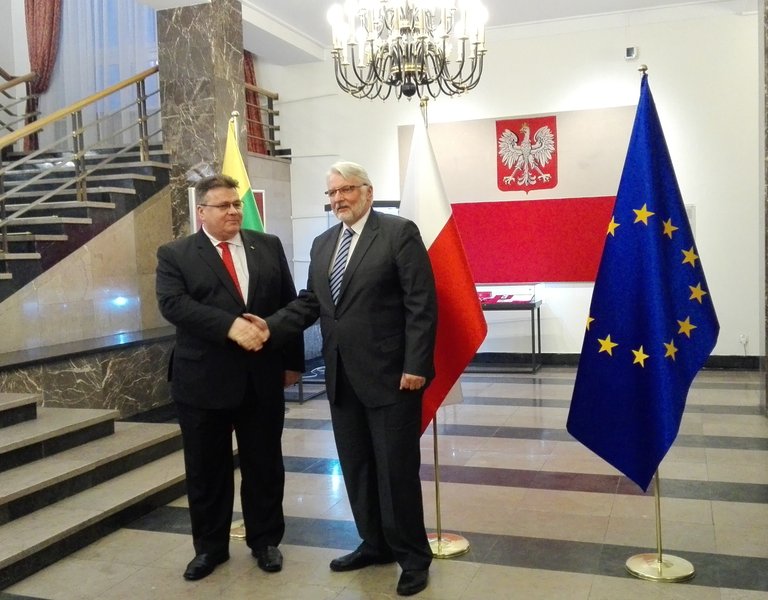 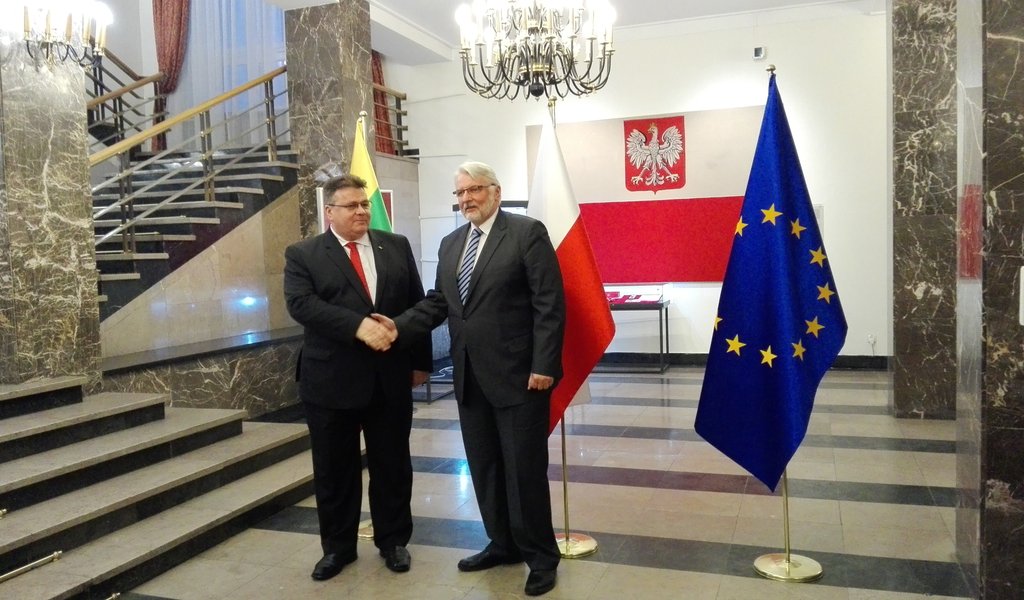 “Regional security and geopolitical issues faced by Poland and Lithuania may not be an excuse to leave our bilateral problems unresolved, and in particular issues relating to the status of Poles living in Lithuania,” emphasized Minister Witold Waszczykowski during Lithuanian Foreign Minister Linas Antanas Linkevičius’s visit to Warsaw.

Bilateral cooperation, regional security, eastern issues and joint energy and infrastructure projects were the topics discussed by the foreign ministers of Poland and Lithuania.

“There are a number of bilateral issues which until now have not been resolved as both countries have intended. We are talking about this. Of course, we are also discussing current issues, including developments in Europe, the European Union and NATO,” said Minister Witold Waszczykowski at a joint press conference with Lithuania’s Foreign Minister Linas Antanas Linkevičius.

The chief of Polish diplomacy stressed that the Polish-Lithuanian talks also cover international security in our region and around Europe. “We are talking about Europe itself, which is now experiencing a small crisis caused by Brexit. We will face important decisions in the coming weeks and months. First of all, the beginning of Brexit negotiations with the UK, but we also expect the European Union to raise the issue of its reform. Brexit is a severe blow to the whole concept of European integration. We should not only 'divorce' gently from the UK, but also fix the European Union,” Minister Waszczykowski added.

“Bilateral issues will never be neglected, but they should not condition our cooperation in the region,” said the chief of Lithuania’s diplomacy. He also emphasized that cooperation is extremely important and challenges such as energy, security, and transport infrastructure are crucial not only for the two countries, but also for the entire European Union and the region.” “Therefore we need to take a fully responsible approach,” Minister Linkevičius concluded.

Bilateral cooperation was a key element of today's talks in Warsaw. The ministers stressed the importance of Polish-Lithuanian cooperation and agreed that in the complex international environment, Vilnius and Warsaw need to speak with one voice. Minister Witold Waszczykowski drew attention to the situation of Poles in Lithuania, especially the problems facing the Polish education system. He said he hoped that the new government of the Republic of Lithuania will open dialogue with the Polish community in Lithuania, helping to solve its problems.

The ministers also addressed the issue of strengthening energy and infrastructure cooperation. Security in the region, including implementation of the decisions taken by the Warsaw NATO summit, mainly on strengthening the Alliance's eastern flank, were another important topic of the talks.

During a joint press conference, the ministers also discussed the issue of the US administration. “We expect the decisions taken by the previous administration to be upheld and implemented, and the Central and Eastern Europe to be an important element in the United States’ global policy. For our part, we also have a positive response. Poland does not want to be a security consumer; we are also a security provider. We are active in many areas, we are ready to increase our activity in the world, to return to UN peacekeeping operations,” Minister Waszczykowski noted.

The visit of Lithuanian Foreign Minister Linas Antanas Linkevičius in Warsaw was his first bilateral visit to Poland since the new government in Lithuania was formed in December 2016.