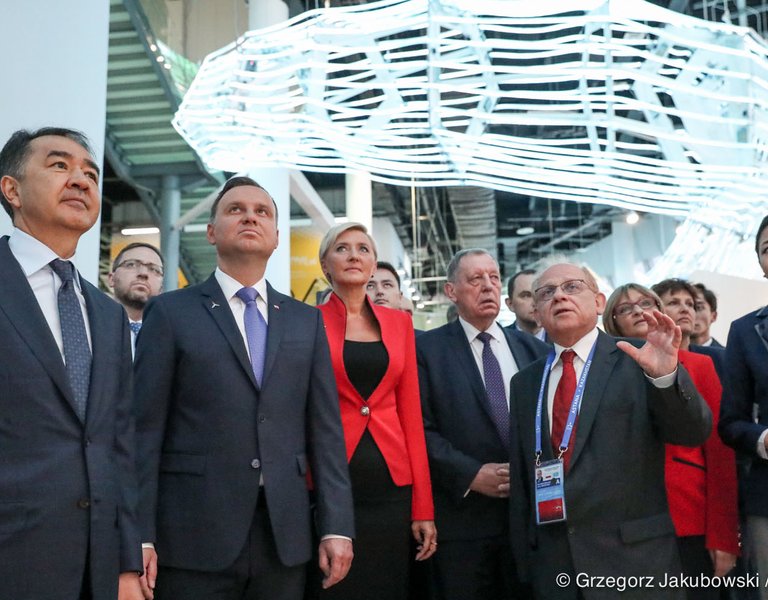 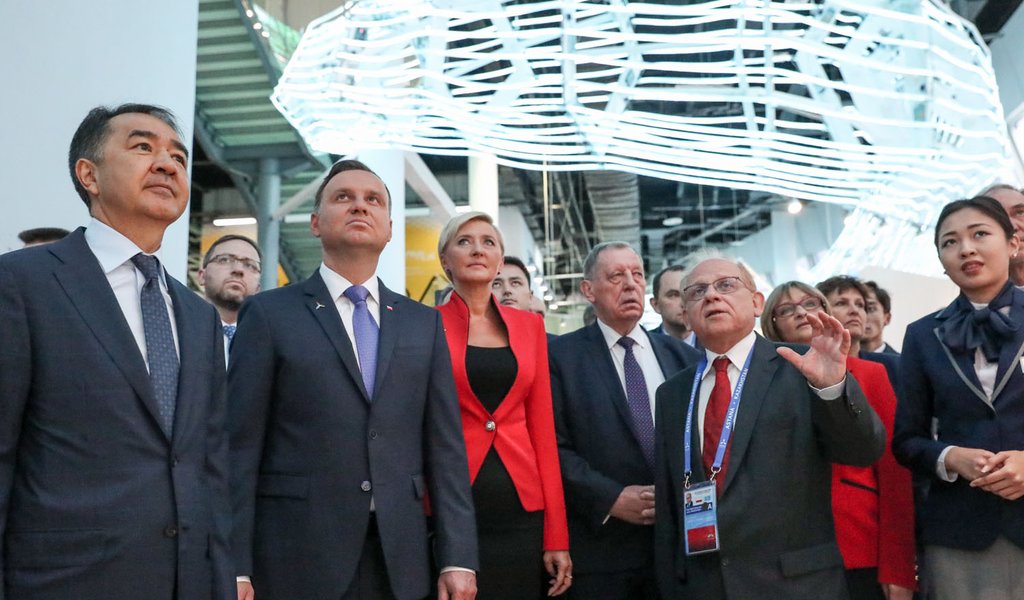 Poland's Expo would be a story about friendly city

President Andrzej Duda on Thursday said that if the 2022 Expo exhibition was held in Lodz, central Poland, the country would tell a story about a friendly city.

The president spoke as he opened Polish National Day at the Expo in Astana, Kazakhstan.

Andrzej Duda said the Polish pavilion outlined the country's achievements linked to the exhibition's main theme, "The energy of the future".

He pointed out Poland was presenting various novelties in this sphere, such as clean coal technologies, ways to obtain energy from biomass, innovations in mining machinery, ways to digitise the energy market, buildings of the future and ideas on how to renew post-industrial areas.

The president drew a connection between an intelligent, modern quest for energy sources and energy sovereignty which, he said, could be achieved not only through own sources of energy, but also through advanced technology.

President Duda also spoke about Poland's efforts to organise Expo 2022 in the central city of Lodz.

"I have faith in Lodz's bid being successful as it has been carefully thought through and prepared", he emphasised.

The president touched upon the proposed theme of the exhibition, "City ReInvented", noting it was about universal challenges that cities across the world had to confront.

"For cities to become an attractive, friendly and safe places for its residents and visitors, they must continually revive themselves, renew and develop on the basis of social cooperation", he stressed.

"It is precisely such cities that we want to tell people about during the exhibition in Poland, in Lodz", President Duda stated.

Poland's president is accompanied by his wife Agata Kornhauser-Duda and the Kazakh Prime Minister Bakhytzhan Sagintayev as they celebrate the Polish National Day at the Expo in Astana, visiting the Polish pavilion, among others.