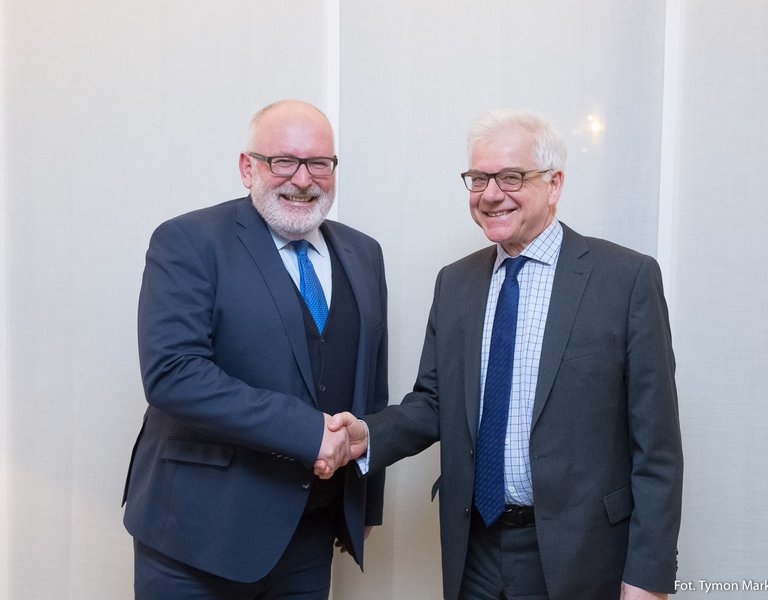 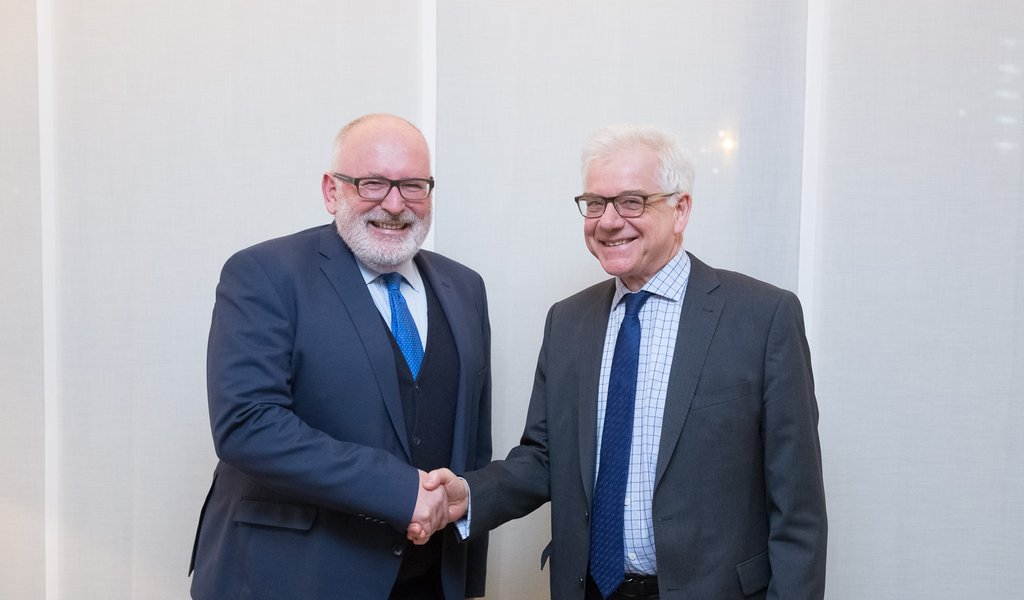 Organised on the Polish side’s initiative, the meeting was devoted mainly to the Poland-European Commission dialogue on interpreting the princliple of rule of law.

After the recent meeting between Prime Minister Mateusz Morawiecki and European Commission President Jean-Claude Juncker, the first conversation between the two politicians is another initiative aimed at stepping up the dialogue between Poland and the Commission.

In his talks with Vice President Frans Timmermans, Foreign Minister Jacek Czaputowicz reaffirmed the willingness to continue dialogue and made a case for the need to reform Poland’s judiciary.

The chief of Polish diplomacy also informed the European Commission’s Vice President about the work on a white paper that will provide a comprehensive guide to the reforms in progress in Poland. He also proposed that all bilateral issues of potential concern should be addressed at expert level.