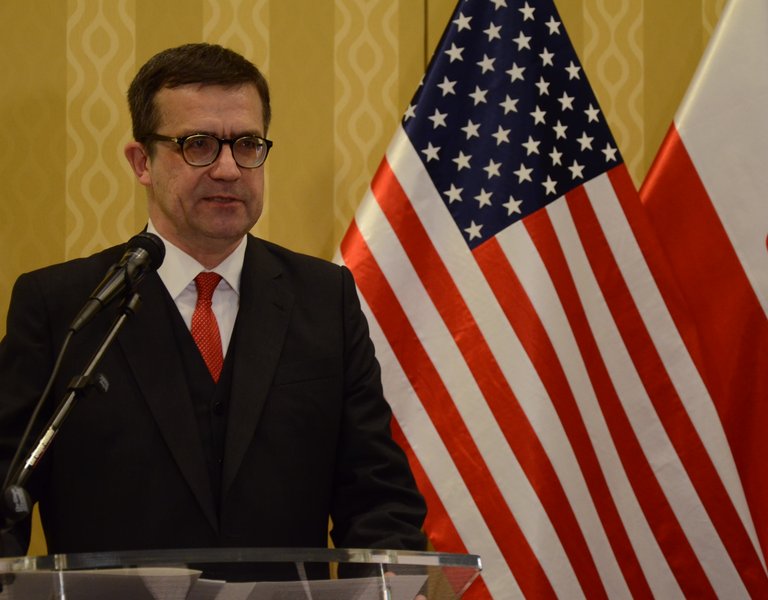 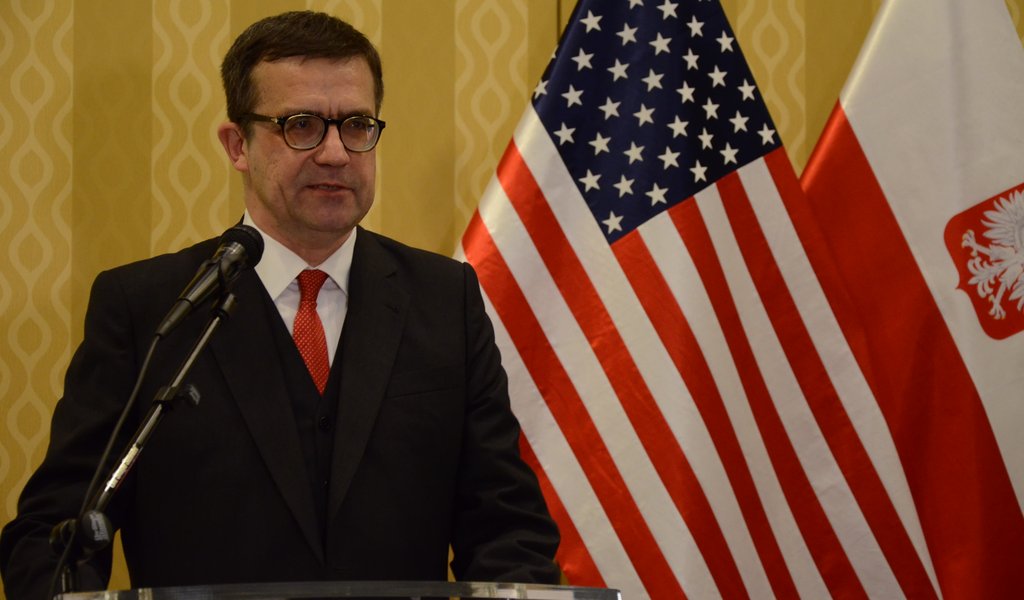 On November 16 a celebration was held to mark Poland’s Independence Day at the Residence of the Ambassador of the Republic of Poland in Washington, DC. Poles always fought for freedom, not only for their own but for the freedom of other nations as well, which is best illustrated by the examples of Kosciuszko and Pulaski. The key to a country’s strength and security is her independence, stressed Ambassador Piotr Wilczek in his speech.

Thank you for being here, and thank you for joining me as we celebrate Poland’s Independence Day. (Having recently arrived in Washington, I want to take this opportunity to introduce myself to all of you as Poland’s New Ambassador and express how much I look forward to working with all of you during my tenure to strengthen US-Polish relations.  I am excited about this new adventure and hope the next few years will further enhance our strong collaboration.  I would also like to acknowledge the presence of so many friends of Poland, but especially Members of the United States Congress, including the Co-Chairs of the House Poland Caucus (Congressman Tim Murphy, Congresswoman Marcy Kaptur, Congressman Dan Lipinski).  Congratulations on your reelection and thank you for all of you do for Poland on Capitol Hill.  I also want to welcome all of the high ranking officials from the Administration and Government Agencies in addition to members of the Diplomatic Corpse.  Most of all, I want to welcome members of the Polish American community.  It is your sacrifice and commitment over the past decades that allowed Poland to be free.  On this important day, I want to say thank you and assure you are always welcomed in this home.

It must be a testament to the optimism of us Poles that we call this the 98th Anniversary of Independence, even though fully 50 of those 98 years were spent under partial or total Soviet occupation and six under German... Well, in the end, the optimists among us were proven right to keep open for us a symbolic bridge of memory connecting the past with the present, creating a sense of continuity with Poland whose freedom was won by our forefathers in 1918. Ironically, the occupiers did their best to keep the memory of our nation’s freedom alive by celebrating not November 11th, 1918, which marked the birth of free Poland after 123 years of captivity, but November 7th, 1917, the anniversary of the Bolshevik Revolution, which was being imposed on us from abroad. And so every year, we were inadvertently forced to remember the symbolic difference those four days made – keeping the anniversary of independence alive became an act of defiance.

That is probably why it is difficult for us to celebrate our Independence without also celebrating our freedom. But while we can number the years of Independent Poland and calculate the anniversaries, quantifying or even defining the principle of freedom is much more difficult. It is not, however, impossible – and there is even a number for it.

About a year ago, Pew Research Center set out to find a global yardstick with which to measure not exactly freedom itself, but an idea closely related to it: support for the principle of free expression around the world – and tolerance for seeing it suppressed. To explore how countries compare on attitudes about freedom of speech, Pew turned to statistics and developed a free expression index. The idea of reducing a philosophical principle to a mathematical formula may sound unconvincing, even preposterous, but it does offer an objective measure of something that is inherently nebulous. The free expression index combines responses to questions about whether certain types of speech and press should be allowed, or whether they should be censored. To the extent that numbers can capture convictions and approximate preferences of entire societies, the survey does what it promises: It tells the story of global attitudes towards freedom on all continents with mathematical precision.

Two countries in particular emerge at the top of the list as home to the most unequivocal supporters of free expression, no matter how imprudent or offensive that expression may seem. They are – and I promise I did not doctor the data just for this occasion -- the United States of America and Poland. The rest of the world follows in more or less predictable succession.

The numbers actually show that Americans and Poles have at least this one thing in common: they cherish freedom of expression, the right to tell their governments – and each other – exactly what they think.

Incidentally, Pew Research Center published its free expression index shortly after Poland’s last presidential and parliamentary elections. For the first time since the fall of Communism in Poland, one party won the presidency and scored an unprecedented landslide victory that gave it a parliamentary supermajority along with the mandate to form the government alone. Those elections mark a shift: the coming to power of the political class with roots in anti-Nazi and anti-communist underground, Solidarity movement, and student organizations committed, above all, to ending the occupation of Poland by the Soviet army and winning back Poland’s independence.

Few outside of Poland realize that it is this commitment to the country’s independence, rather than the notions of political left and right, that is the true demarcation line in Polish politics.

Independent Poland is a steadfast ally of the United States, unequivocally committed to the Trans-Atlantic Alliance and cooperation between our two countries. Acutely aware of national security and energy security demands in Europe and around the world, Poland is not only a proud NATO ally, ready to do its part, but also a loyal EU member, a true partner committed to Europe’s security, energy independence, and compassionate treatment of those who come to our borders in need of help – more than one million Ukrainians fleeing Russian aggression found refuge in Poland.

Our strength and security are in our Independence. Our generosity comes from our freedom.

Europe’s forgotten refugees -- our next-door neighbors whose plight no longer makes the news -- remind us how fortunate we are to have our freedoms and opportunities. As we celebrate our Independence, let us never take them for granted.

Piotr Wiczek, Ambassador of the Republic of Poland in Washington, DC