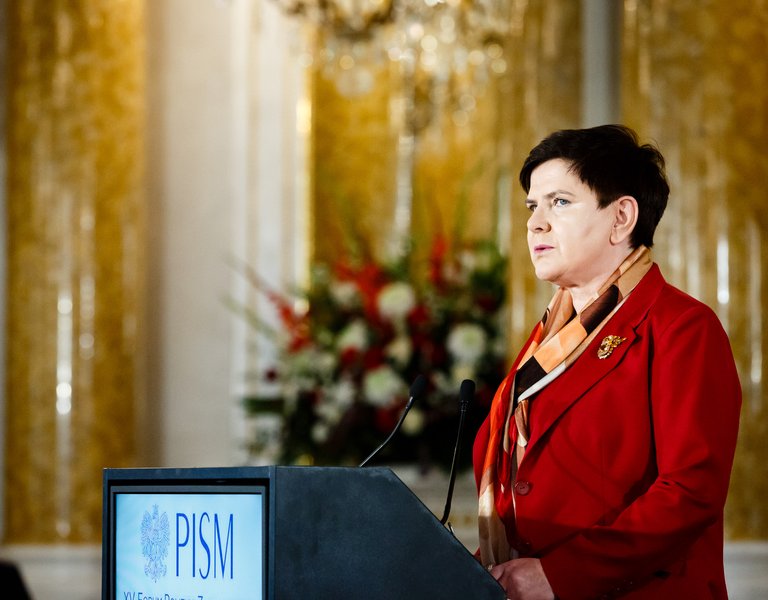 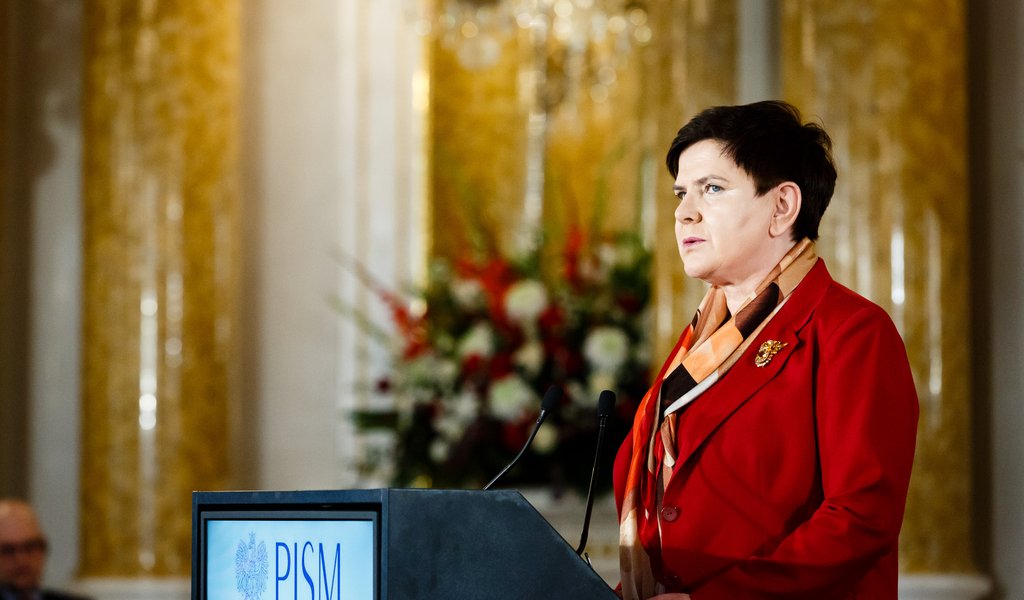 "We have kept our promises: Poland's international position is much stronger than two years ago", PM Beata Szydlo said Thu, expressing her thanks to "the two strong pillars of Polish foreign policy", namely, FM Witold Waszczykowski and Deputy FM Konrad Szymanski.

The PM made the statement during the 5th Foreign Policy Forum at the Royal Castle in Warsaw on Thursday.

Beata Szydlo emphasised that the her government had promised to make Poland a safe country by actively defending Poland's interests in the EU. We declared that firm embedment in the regional cooperation would be Polish foreign policy's forte. We assured our diplomacy would also start reflecting the expectations and ambitions of the Polish people, she added.

"We have kept our promises: Poland's international position is much stronger than two years ago", the PM underlined.

PM Szydlo stressed this was possible thanks to President Andrzej Duda and Polish diplomacy. "Let me express my thanks to Minister Witold Waszczykowski, who together with his entire Foreign Ministry team has been pursuing these ambitious goals. Let me also convey my gratitude to Deputy Minister Konrad Szymanski, who is with us, and who is responsible for EU matters in our government", she said.

"They are the two strong pillars of the foreign policy conducted by Poland and the Polish government", the prime minister stated.