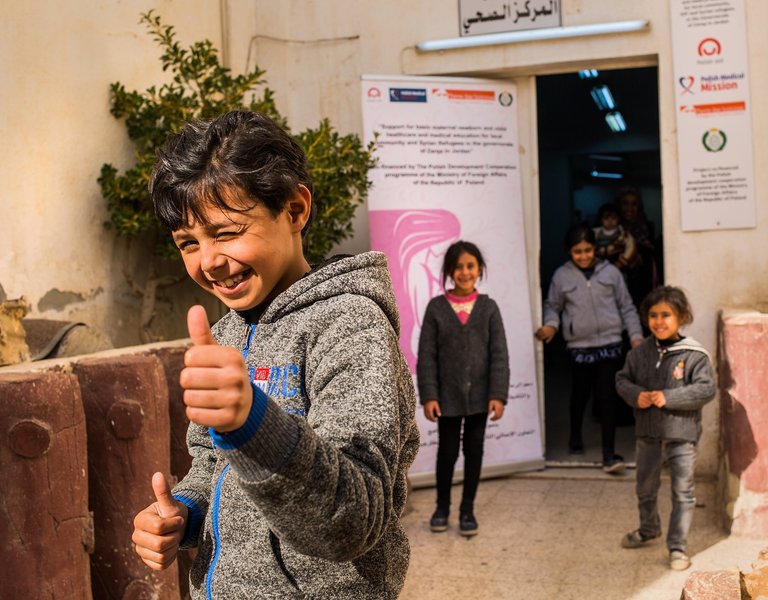 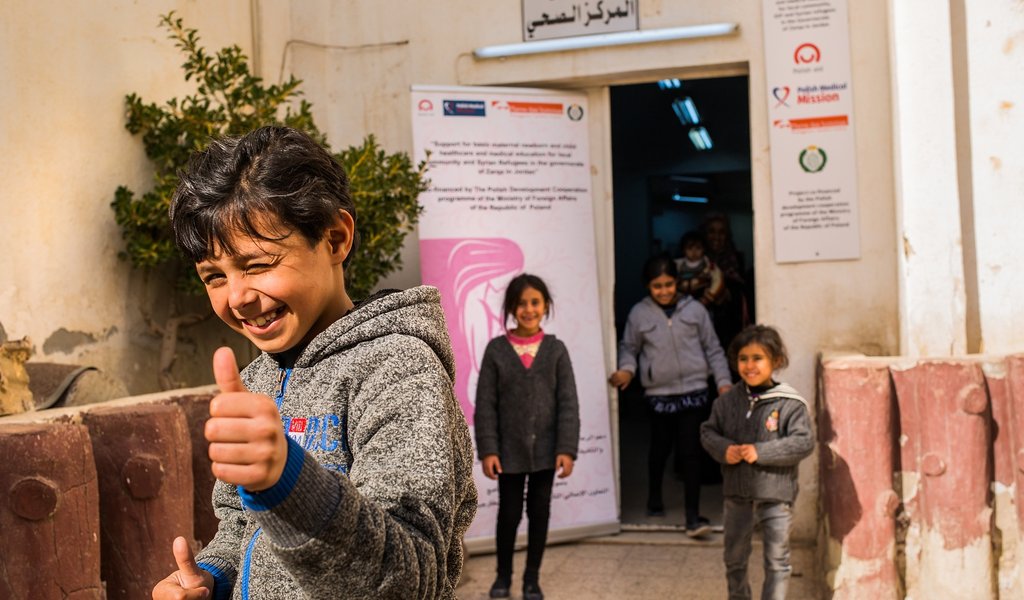 Since the beginning of the war in Syria, Poland has been delivering humanitarian assistance to those in need. The conflict lasting for more than seven years already, has uprooted millions of adults and children from their homes and has disrupted their future. The UN estimates that over 13 million people are in need of live-saving assistance in Syria alone. And there are more than 5 million refugees who have fled to the neighbouring countries. 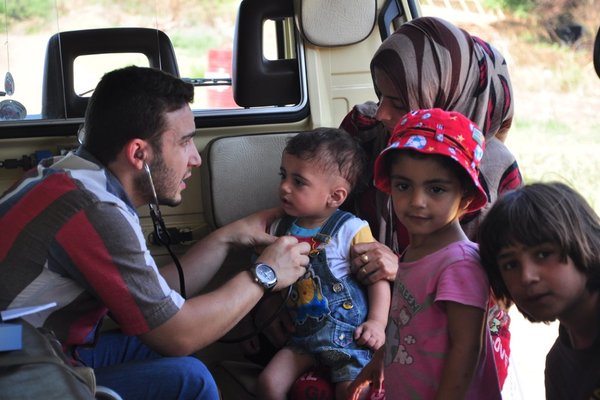 According to the United Nations High Commissioner for Refugees (UNHCR), since the beginning of the war more than 5.6 million Syrians have fled for their lives from the war-torn-country and another million have been displaced within the country. Access to water, medicines, sanitary supplies, food, clothing, roofs to protect against the scorching sun or against frost and snow is a great challenge across the country. Without appropriate assistance, many children have no chance of accessing education, whilst adults are unable to find jobs and are left with no hope of changing their fate).

Poland has been supporting the victims of the Syrian war ever since its outbreak. In 2016 the amount of funds directed by the Polish Ministry of Foreign Affairs (MFA) in response to the humanitarian crisis in the Middle East has risen nearly fourfold. The total amount of assistance amounted to PLN 47 million, topped up by the contribution the EU Facility for Refugees in Turkey (created following the 2015 European Union and Turkey summit, where the EU member states agreed to transfer additional funds for humanitarian aid to refugees located in Turkey and to the communities receiving them) amounting to nearly PLN 73.2 million. In 2017, humanitarian aid for the Middle East reached the level of PLN 44.2 million. In addition, the MFA transferred PLN 106.4 million from a special-purpose reserve for the EU Facility for Refugees in Turkey. The aim has always been to support refugees and the hosting communities.

Polish Aid in the Middle East 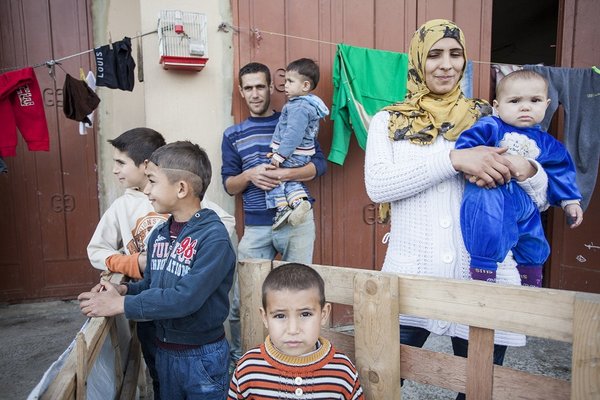 In Turkey alone there are currently 3.3 million victims of the Syrian war. Most of them are living in large urban areas and only 8 percent have been located in camps on a more long-term basis. Lebanon has taken in another million refugees and is in urgent need of support to ensure humanitarian conditions for its citizens as well as the refugees, of whom 70% are living below the poverty line. About 655,000 people have sought refuge from the war in Jordan. Of these, 93% are struggling with extreme poverty.

In this situation, most of the funds from Poland have been directed to these countries. Initiatives are financed through a specially designated MFA budget and are coordinated by the Ministry. The assistance is channelled i.a. by dedicated EU funds, such as the EU Regional Trust Fund in response to the Syrian Crisis (MADAD), and the Turkish Instrument. The MFA also continues to support the operations of specialised humanitarian agencies of the UN (UNHCR, UNICEF, WFP), the EU and the International Committee of the Red Cross (ICRC). 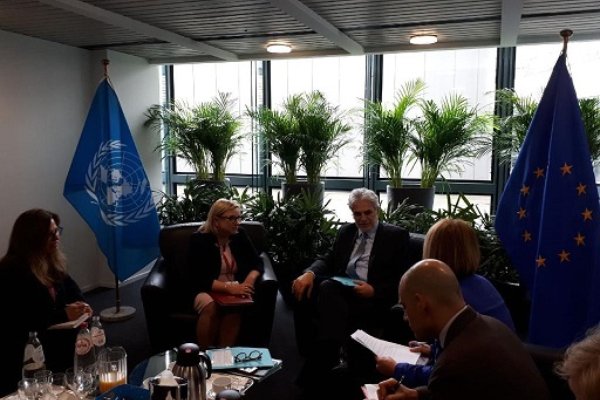 Polish Aid also finances its own bilateral projects, carried out by Polish diplomatic missions in the region and Polish NGOs which provide assistance on site. Poland has been highlighting the significance of such assistance for some time already, recently through the voice of Beata Kempa, minister and member of the Council of Ministers responsible for humanitarian affairs, who represented the Polish government at the conference devoted to Syria and states of the region: Supporting the future and the region, held in Brussels at the end of April 2018. Minister Kempa was appointed by Prime Minister Mateusz Morawiecki in December 2017 to coordinate humanitarian aid actions.

“A particularly important challenge (…) is helping the youngest generation – children who are victims of war conflicts, actively or passively involved in armed conflict. All medical as well as educational projects are essential in preparing young people to pursue specific professions, so that these children do not become a lost generation,” Minister Kempa emphasised in Brussels.

One way to fulfil the above declarations is through the project implemented since 2016 and launched following the agreement reached between Beata Szydło, Prime Minister at the time, and German Chancellor Angela Merkel. The project covers the reconstruction and development of infrastructure of Lebanese public schools, attended by Syrian children and Lebanese pupils from vulnerable families. 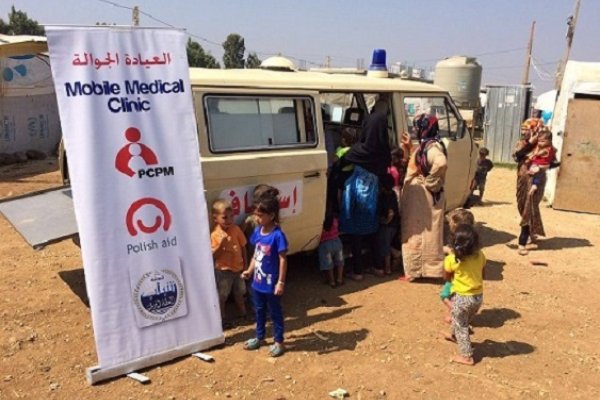 With the support of the MFA, the Polish Centre for International Aid (PCPM) has been operating in Lebanon since 2012. The PCPM helps Syrians secure shelter through conditional cash assistance to cover part of the rental fees, providing fuel in winter, and improving fire safety in the camps for refugees. In 2012, the PCPM supported 309 families. As the programme developed, by 2017 there were as many as 4,500 Syrian families benefiting from the programme. During the six years of its operation, a total of 8,056 families have been assisted. In addition, since 2014 the PCPM has also been securing medical care. The stationary and mobile clinic have served 23,149 patients. The PCPM also runs an educational centre and organises vocational training programmes for young people (encompassing 2,610 people over the past three years) and supports cash for work programmes by employing unemployed refugees in public works.

In Jordan, Polish Caritas, in cooperation with Caritas Jordan, runs cash for shelter projects. In 2016 252 of the poorest Syrian families received financial support thanks to Caritas. Last year the number of assisted families went up to 254, currently residing in the capital city of Amman and in the northern provinces of Irbid and Mafraq. Assistance is being provided also this year. 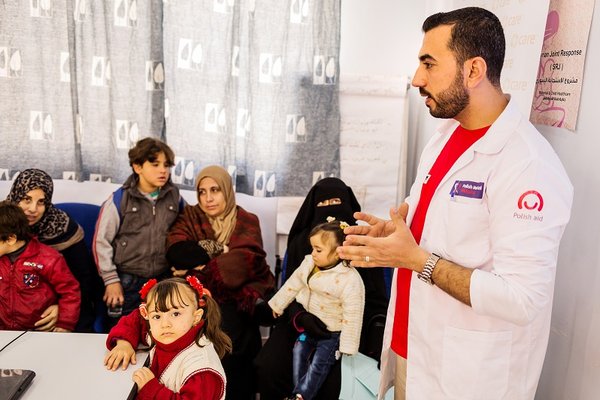 Health care in Lebanon and in Jordan is also provided by the Polish Medical Mission, which for example supports for the health centre in Zarqa in Jordan. In 2017, the centre provided free medical care for 3,314 patients. The Mission staff trained medical personnel and supplied the centre with medicines as well as instruments and equipment essential for daily work, including a mobile ultrasound scanner and a foetal monitor, thanks to which physicians are now able to examine patients also in their homes. The PMM is continuing its operations in Zarqa this year. In addition, in cooperation with Jordan Health Aid Society International, a local organisation, the PMM has also launched a campaign to support the most vulnerable Syrian and Jordanian families. Thanks to this campaign, co-financed by the MFA, families are to receive materials to renovate their homes and packages containing food and hygienic articles.

The MFA budget allows for NGOs and Polish diplomatic missions to support refugees in Lebanon, Turkey and Jordan in nearly all humanitarian sectors. The most urgent tasks include protecting people against homelessness and ensuring them access to basic medical care. Smaller grants finance campaigns of a smaller scale, though not of lesser significance. As an example, in 2017 the Polish mission in Ankara financed the purchase of leg prostheses for Hebe Al Abdo and in 2016 the Polish Embassy in Syria – for security reasons temporarily accredited in Beirut (Lebanon) – was able to provide warm clothing and shoes for the residents of Aleppo.

All of Poland is helping Syria 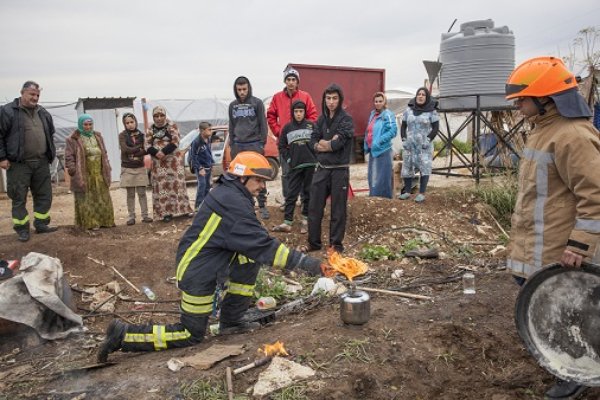 The drama of Syria has not only activated systemic measures but has also moved ordinary Poles. Apart from government actions, since the beginning of the war aid measures have also been initiated by local communities. One such aid initiative was organised in the Lubelskie Voivodeship where PLN 400,000 was collected to rebuild destroyed houses in Syria. The funds were raised in the entire voivodeship, with the involvement of many entities, including 250 schools.

Currently, a large campaign for Syrian refugees is underway in Kielce. The”Kielce for Syria” campaign, inspired by the Polish division of Aid to the Church in Need and organised by the town hall of Kielce, is to be continued until September 2018. Fund raising will be organised during events in the city and the collected money will be used to rebuild a school in one of the towns destroyed by the war.

These fund-raising initiatives are examples of the many campaigns organised by local communities. Local governments, educational establishments, institutions and private individuals from all of Poland have helped provide aid for Syrian refugees. 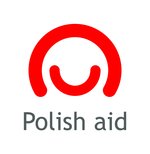