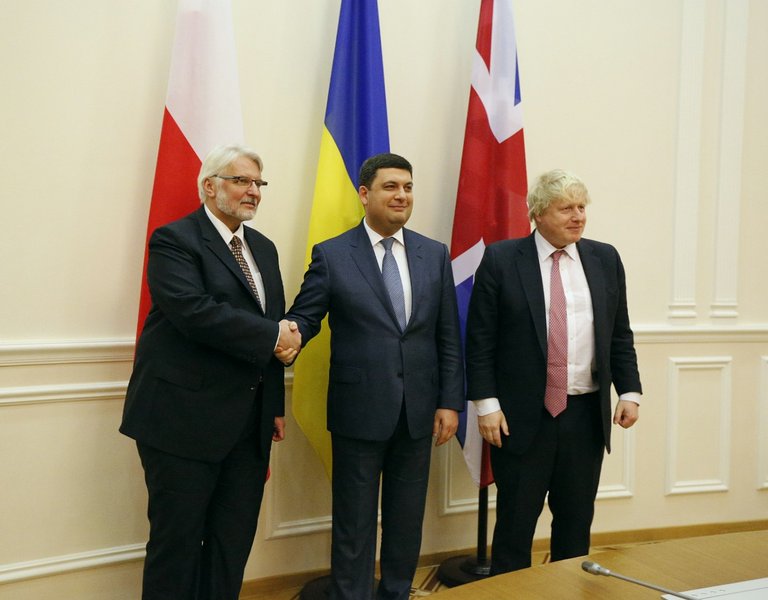 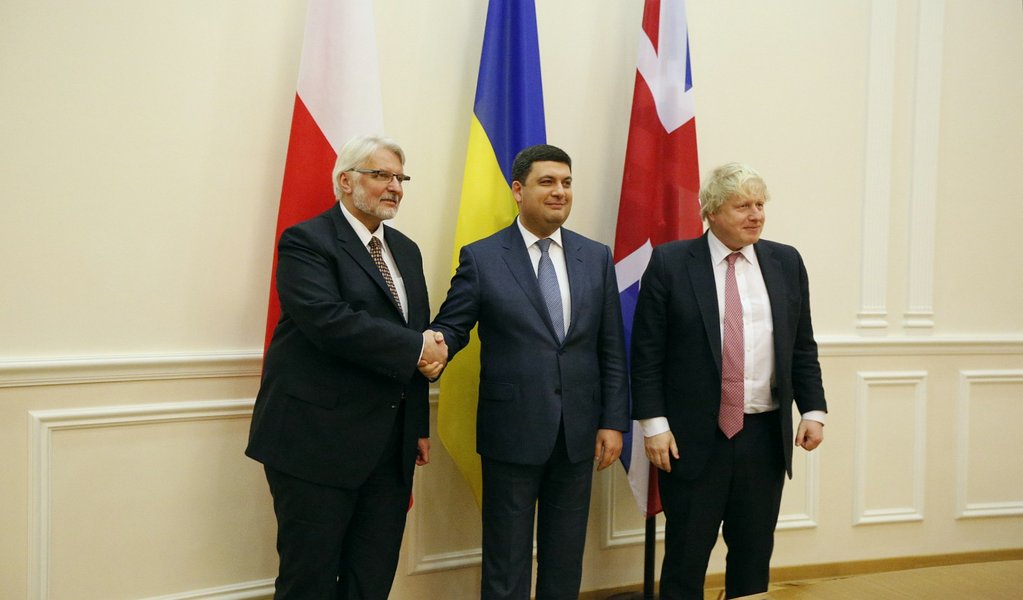 “We have come to Kyiv with a message from Europe: we do not forget about our friends or priorities,” Minister Witold Waszczykowski said during yesterday’s joint visit to Kyiv, affirming Europe’s solidarity with Ukraine. Poland’s top diplomat is joined on his trip by British Foreign Secretary Boris Johnson.

“I am glad that despite its decision to leave the European Union, the UK remains a very important partner of the EU that shares our vision of security and stands ready to engage in solving conflicts in Europe,” noted Minister Waszczykowski.

The chiefs of Polish and British diplomacy have met in Kyiv with President Petro Poroshenko, Prime Minister Volodymyr Groysman, and Foreign Minister Pavlo Klimkin. The first joint visit to be paid by both countries’ top diplomats to Ukraine, it demonstrates support for our eastern neighbour’s sovereignty, territorial integrity, and European path.

Witold Waszczykowski and Boris Johnson emphasized the historic nature of trilateral talks in the format of foreign ministers of Poland, Ukraine, and the UK. Top of their agenda was the current security situation in Ukraine (including Donbas), and the future of Ukraine’s relationship with the EU.

“We have tried to take stock of the Normandy Format and Minsk accords. While both have brought about positive developments, they didn’t solve the problem,” Minister Waszczykowski told a joint press conference of the Polish, British and Ukrainian foreign policy chiefs. “Europe must keep looking for effective solutions in response to the Russian aggression against Ukraine. But at the end of the day it is of course up to the Ukrainian government to choose the best method of solving the conflict with Russia,” he added.

The head of Ukrainian Foreign Ministry emphasised the significance of Polish and UK support over the Russia-Ukraine conflict that has been going on for the past few years. “We’re going to fight on until we reclaim the Donbas,” he declared. Secretary Johnson said that the first joint diplomatic mission to Kyiv by Poland and the UK is a “historic moment”: “We’re two robust democracies,” he stressed. He added that international pressure on Russia should be intensified.

The Polish Foreign Minister and his British colleague also met in Kyiv with Ukrainian Prime Minister Volodymyr Groysman and Deputy Prime Minister for European and Euro-Atlantic Integration, Ivanna Klympush-Tsyntsadze. The talks focused on security, the Russian-Ukrainian conflict, and the eastern dimension of European policy. Prime Minister Groysman outlined the plans for next reforms in Ukraine, among others concerning privatisation and the judiciary, which are expected to bring huge changes for the country in the years to come. Minister Witold Waszczykowski on his part declared that Poland intends to be an advocate of the Eastern Partnership countries. The ministers agreed that this project must be reinvigorated.

The meeting between the two ministers and Ukrainian President Petro Poroshenko was the culmination of the visit. Minister Waszczykowski asserted that Poland supports Ukraine’s pro-European aspirations and will continue measures and projects to implement reforms in this country. President Poroshenko expressed gratitude for Poland’s commitment to Ukraine. He also presented the ministers with a situational assessment of the conflict, underlining the Russian side’s failure to observe the Minsk agreements.

Minister Waszczykowski started his Ukrainian visit with laying flowers at monuments in memory of NKVD victims in the Polish and Ukrainian section of a war cemetery in Bykovnia. Addressing the press and the local Polish community, the chief of Polish diplomacy expressed his hope that such sites will foster Polish-Ukrainian reconciliation.

Together with his British counterpart, Minister Waszczykowski laid flowers at the Cross of the Heaven's Hundred Heroes.

The visit coincides with the 25th anniversary of diplomatic relations between both Poland and the UK with Ukraine. It is also three years since the start of Russia’s aggression against Ukraine and its illegal annexation of Crimea.