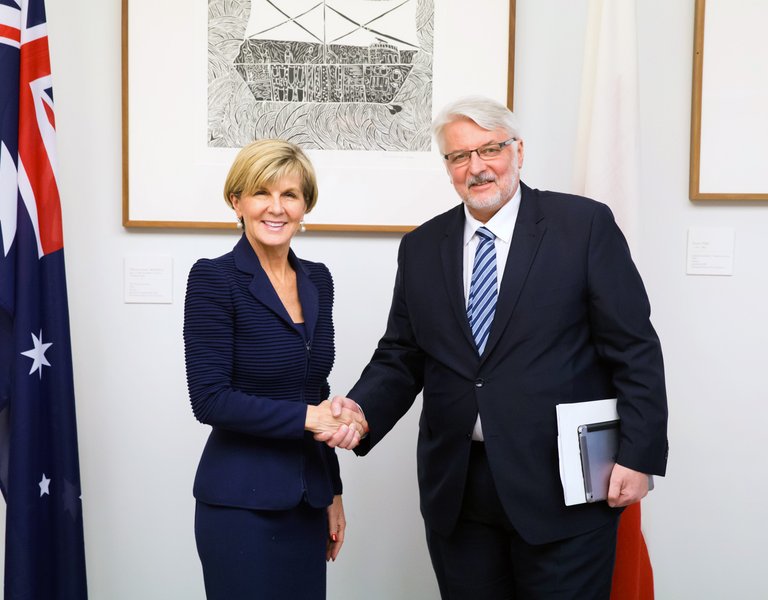 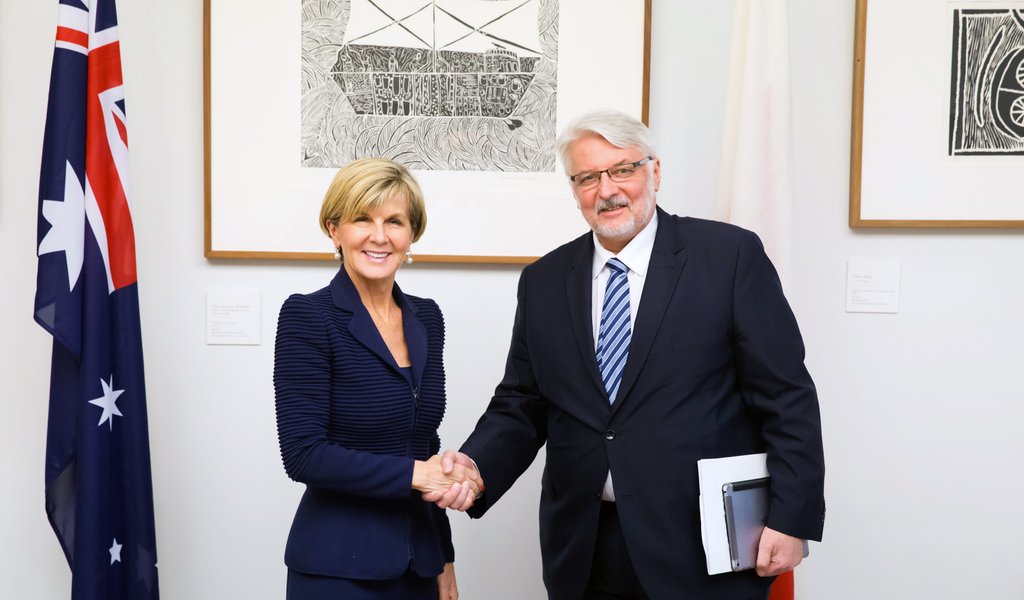 Prospects for developing Polish-Australian cooperation, regional security, including the situation in Ukraine, the Korean Peninsula and Syria were discussed by Foreign Minister Witold Waszczykowski and the chief of Australian diplomacy, Julie Bishop, during their meeting in Australia’s capital.

Cooperation in the United Nations forum was an important topic of the talks. The minister thanked the Australian side for its support of Poland’s bid for non-permanent membership of the UN Security Council. The ministers also discussed the prospects for extending the “Work and Holiday” programme which generates great interest among Polish students. “The Polish Community has made an enormous contribution to the development of Australia for which we are very grateful” stressed Minister Julie Bishop.

Minister Witold Waszczykowski also met with the Speaker of Australia’s House of Representatives, Anthony Smith. During their meeting, the chief of Polish diplomacy noted the need for closer relations both in the political and economic dimensions. The interlocutors agreed that contacts between the parliamentarians from the two countries should be enhanced and that the Polish-Australian cooperation groups that exist in both countries should play a major role in this. Australia’s Parliament is actively involved in the celebrations of the Year of Tadeusz Kościuszko with the participation of the Polish Community in Australia,” declared Speaker Smith.

The MFA head also delivered a lecture on international security and migration, among other issues at the prestigious Australian National University (ANU). “We, as the Western world, have to do everything in our power to maintain and restore order and respect for institutions of international law, fundamental norms and values,” said the MFA head, stressing the fundamental nature of threats to the world order. The meeting participants could discuss Polish ad Australian positions with respect to the most important international conflicts, the threat of terrorism, NATO’s role and migration.

Representatives of government agencies, the diplomatic corps, the academic community and students took part in the discussion that followed the minister’s address. His lecture was introduced by the US Noble prize winner and Vice-Chancellor of the ANU, Brian Schmidt‎. Minister

Waszczykowski also took part in the National Third of May Day celebrations organised by the Polish Embassy, where he met with the local Polish Community, Australia’s authorities and the diplomatic corps. The day before, Minister Witold Waszczykowski met with the Governor of New South Wales, David Hurley. In addition to bilateral cooperation, the interlocutors discussed the security situation in the Korean Peninsula, the Middle East, and Ukraine, as well as the challenges facing the European Union relating to Brexit. During the first day of his visit to Australia, Minister Witold Waszczykowski also met with representatives of the European-Australian Business Council in Sydney‎, and delivered a lecture on the current challenges facing Europe and the world at Macquaire University.