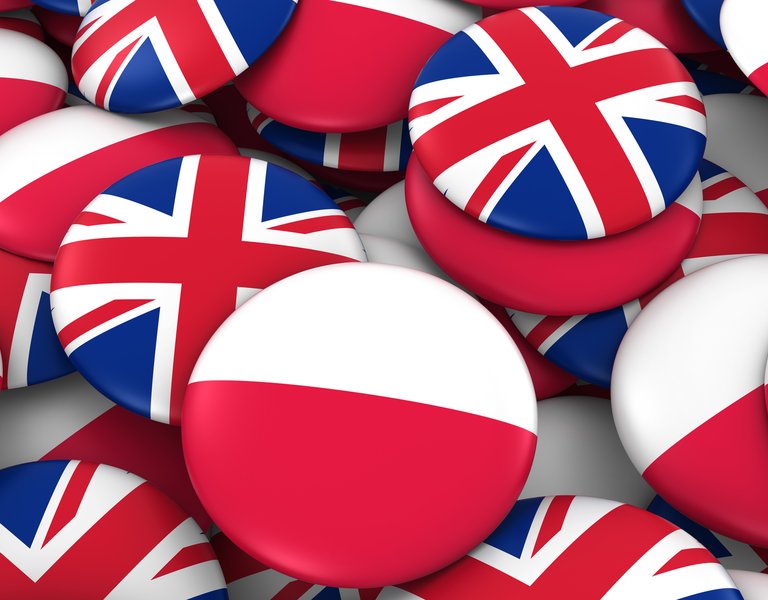 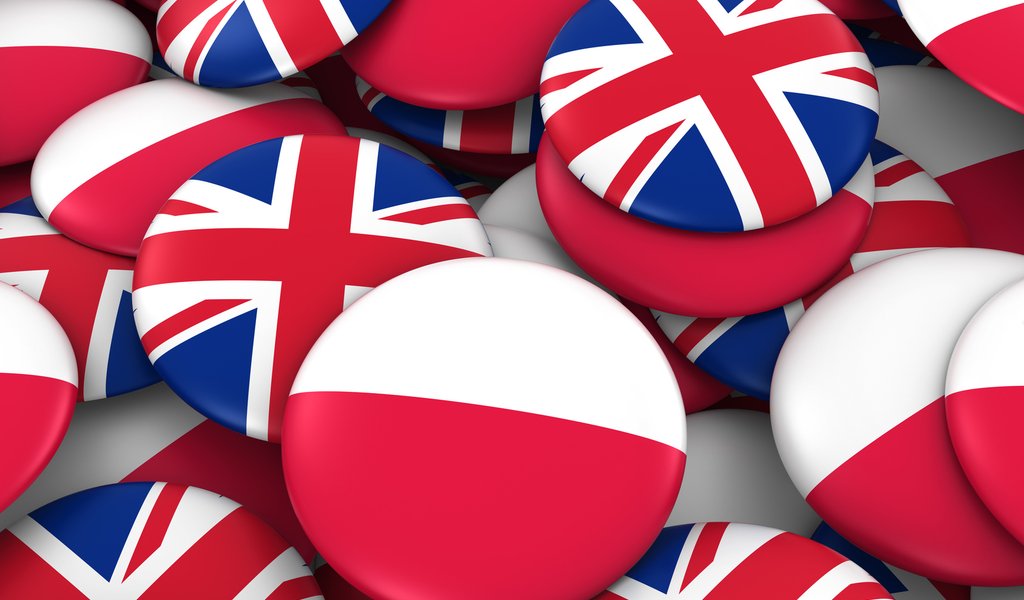 The Polish-British Belvedere Forum: A new way for Poland to communicate with the world

June 23, 2016 marked an important historical turning point in Polish relations with the British. From that moment onwards virtually everything changed – from a strategic partner within the EU, the United Kingdom became a strategic bi-lateral partner. In addition to being shunned and abandoned by the Union.

This situation became evident already during our first intergovernmental consultations in September 2016. The reverence with which our delegation was received, the welcome at Heathrow airport, the large number of UK-based Poles invited to Downing Street – this all pointed to a new opening, a new era in the history of both countries. And not without reason.

There is a lot that connects us: a shared view on the aggressive imperial policy of Putin and the refusal to lift sanctions against Russia. The shared opinion on the need to reinvigorate NATO and to respect the principle of dedicating 2% of national GDP to the needs of the army, in addition to acknowledging the important role it plays in maintaining security of NATO Europe. Pursuing joint missions the fight against terrorism, mafia crime and cyber attacks. There is also a common front in seeking reform of the European Union, of which the United Kingdom will continue to be a member for a few more years, and the nurturing of our transatlantic relations with the United States.

Although I must admit that some of our interests are contradictory. Among others the right of Poles in the UK. We do not want any changes to the laws in place and we will stand together with Brussels in retaining the so-called four basic principles, including the free movement of persons within the Union and rules of reciprocity.

It is about guaranteeing that after Brexit Poles will not lose their existing rights to security, including social rights, a measure of coordination, the principle of symmetry. Although the British are considered to be hard negotiators, at this time they are more likely to understand our point of view. Because the truth is that at the moment Britain feels alone in Europe. Brussels has adopted a rigid position and the British are dependent on allies, including Poles ones. And we've already drawn our conclusions.

Two meetings at the prime ministerial level in Warsaw and London, and in the meantime - after the tragic death of a Pole in Harlow – the arrival of our foreign, interior and justice ministers to London, to show that we will not allow Poles living in the UK to be harmed. There have also been talks with Foreign Minister Boris Johnson and the head of the Home Office Amber Rudd, as well as with David Davis, the Brexit minister, and Liam Fox, responsible for foreign trade. Our embassy in London, led by Ambassador Arkady Rzegocki, has intensified its activities. When I spoke to the ambassador in September, he told me about several projects initiated by the Polish government to promote Poland in the UK.

We are not just talking about the new department dedicated to Poland at the University of Cambridge and Polish books lined up on the shelves of the British Library. Because the target groups of these projects, teenagers from council estates, the perpetrators of xenophobic attacks, do not go to the library or study in Cambridge. An example of the right attitude needs to come from above.

Just as in the past, when David Cameron mentioned Poles when referring to  "troublesome immigrants" – and in doing so launching a wave of hate – today as well the message sent from above is extremely important, in particular with regard to the approach of the British leadership to foreigners in the UK.

After the tragic incident in Harlow apologies were made by Cameron, Theresa May, and many members of the House of Commons, revealing the young thugs for what they really are. They also promised to launch educational campaigns, demonstrating that Poles are not a financial burden on the British taxpayer, they in fact provide an added value.

The Polish contribution to the military effort of the Allies during World War II, to the Battle of Britain, our instrumental role in breaking the Enigma code, the diligence and entrepreneurship of our countrymen. The British press turned out to be important in determining the success of this information campaign. Several dozen articles appeared, both in conservative newspapers such as The Times and The Daily Telegraph as well as liberal ones, like The Guardian. Recently, on December 1, a new information campaign was launched titled “Better Than That”. At its core, the campaign seeks to counter crimes committed against national, racial and religious minorities. The initiative received significant support from members of both houses of parliament, including from Conservatives Eric Pickles and Lord Nicholas Bourne. The campaign was also able to acquire the support of several national newspapers, including the "Sun on Sunday" tabloid, which has a circulation of 3 million.

We recently received information that on May 6-7 Ambassador Arkady Rzegocki will launch a new cross-country project titled "National Heritage Day", promoting Polish history, tradition and culture in three cities with large Polish communities – London, Birmingham and Edinburgh. And this week a huge initiative is getting underway, The Belvedere Polish-British Forum, where Polish and British delegations will discuss how they see our governmental bilateral relations developing, in Poland and in the UK.

This is a strategic initiative held at the highest level. The point is to have something parallel to bilateral and intergovernmental talks, to activate other forces such as the British media and non-governmental organizations, universities and the Polish community, which will provide information about the strategic partner – Poland.

And the other way round as well – to spread information about the UK in Poland. The Forum will give a new momentum to cooperation by non-governmental experts and the Polish community, which, we hope, will help both sides to get to know each other better. This, in turn, will lead to better understanding between Poles and the British.

The Forum will replace – and extensively expand – the Polish-British Round Table, which has been held in Krakow for several years. The topics addressed by the Forum’s panels will look ahead to the future – up to 2030. The inaugural conference of The Belvedere Polish-British Forum will get underway on March 8 with a gala dinner at the Hotel Bristol, where distinguished speakers from the world-renowned Chatham House think-tank, the Polish Institute of International Affairs and the renowned Financial Times will address those assembled. On Wednesday there will be a series of panels, touching on current issues concerning our bilateral relations. Every year the theme of the panels will be different, and this year the debate will focus on four areas: policy, labour and employment, education, as well as innovation. There will also be other panels: "Europe in the World", "UK - Poland: opportunities and challenges", "UK-Poland: the future of free trade", "UK-Poland: NGO and interpersonal contacts" and "UK-Poland: a new normality".

The heads of the Steering Committee and panellists include names of the highest order: from the former head of British diplomacy, Sir Malcolm Rifkind, Minister of State for Europe and the Americas, Sir Alan Duncan, a former trade minister Lord Peter Mandelson, the well-known British journalist Henry Foy of the Financial Times, Annabelle Chapman from the Economist and the BBC’s Kasia Madera. On the Polish side there will be Minister for European Affairs, the Vice-President of the European Parliament Ryszard Czarnecki, MEP Zdzislaw Krasnodębski, as well as outstanding Polish journalists representing Rzeczpospolita, W Sieci and TVP1.

Generally speaking, The Belvedere Polish-British Forum is meant to promote a positive image of our country in the United Kingdom – something that is extremely important for the security and rights of one million Poles scattered across the UK. It is an initiative of the Polish Ministry of Foreign Affairs and the organisers on both the Polish and British sides hope that it will give a new dimension and a new dynamic to co-operation between our two societies – through the participation of expert circles, journalists, scientists, social activists, government, and others.

It will be an important instrument in bilateral relations, stressing their strategic and complementary character with regard to other formats, for example intergovernmental relations. It could also help steer Polish and British state institutions towards possible areas of cooperation in the future, so that both sides get to know, understand and work together better.

And who knows, maybe then we will be able to apply this format to our relations with other strategic partners in Europe?