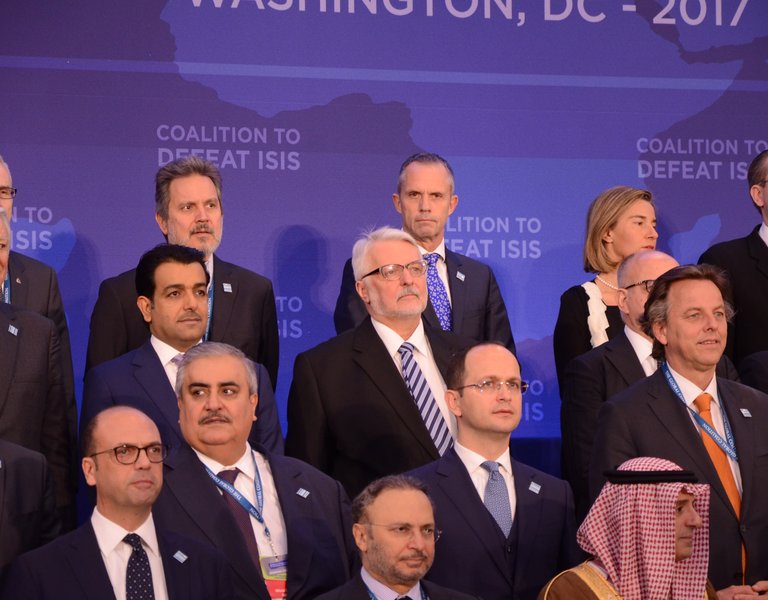 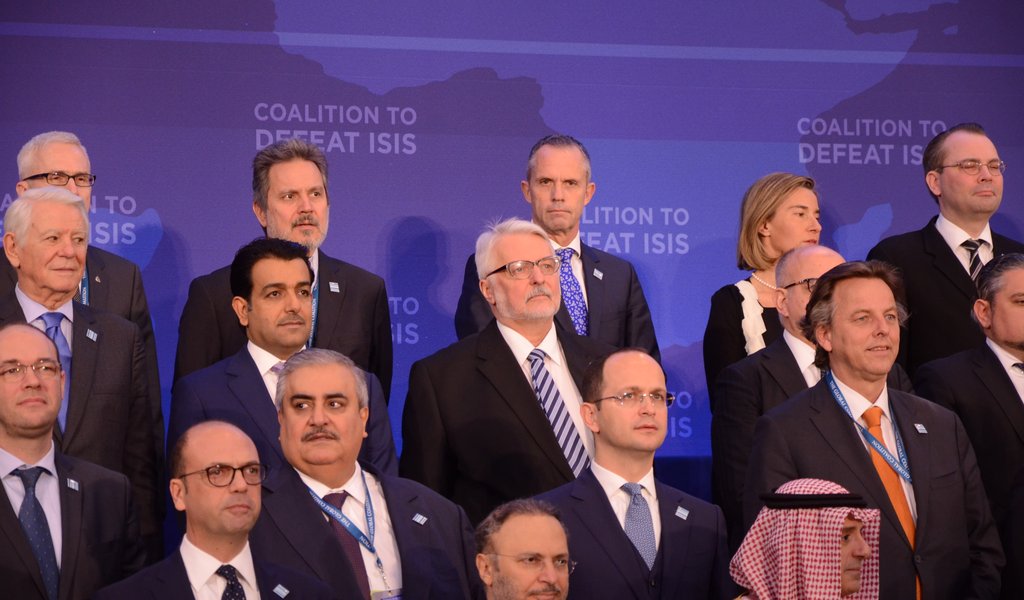 During his visit to Washington, D.C., Minister Witold Waszczykowski took part in the Meeting of the Ministers of the Global Coalition on the Defeat of ISIS and in the meeting of the Small Group of countries most actively involved in the Coalition’s operations.

“I would like to stress that Poland’s participation in the meeting of the small group is a show of appreciation for our commitment, including military engagement, in the fight against ISIL,” said the MFA chief. Minister Waszczykowski recalled that since July 2016 four Polish F-16 jets have been carrying out a significant part of the reconnaissance operations in Iraq as part of the Counter-ISIL Coalition, which Poland has supported also by training Iraqi security forces.

‎“We are prepared to return with our troops to peacekeeping operations,” Minister Waszczykowski told Polish reporters. “We have been in Afghanistan and Iraq; we are also part of the Counter-ISIL Coalition. We are prepared to consider extending the mandate of these forces,” concluded the chief of Polish diplomacy. “But without a political solution, a military solution would only be temporary,” remarked the foreign minister.

Minister Waszczykowski added that the meeting provided an opportunity to enhance Poland’s image as a country that recognises the significance of the growing terrorist threat and is prepared to assume responsibility for the fight against such threats. “The meeting also enabled us to learn what the US expects from its partners and to get a better understanding of the assumptions underlying the plan to fight against terrorism, which is a foreign policy priority of the new US Administration,” said the chief of Polish diplomacy.

The plenary session attended by all members of the Counter-ISIL Coalition took place at the US State Department on 22 March. The coalition comprises 68 states and international organisations: the European Union, the Arab League and Interpol. The meeting took stock of past operations and discussed future actions of the coalition aimed at defending ISIL in Syria and Iraq.

The meeting ended with the adoption of a joint declaration in which the parties expressed their wiliness to continue supporting Syria and Iraq in stabilisation operations and humanitarian aid.

The afternoon session was attended by members of the Small Group comprising the EU and 27 countries which are most committed in the fight against ISIL, including Australia, Belgium, Canada, Denmark, France, Germany, Italy, the Netherlands, Norway, Sweden and the US. Poland joined the Small Group in April 2016, following its declaration of military support for the Counter-ISIL Coalition.

On the occasion of the Counter-ISIL Coalition meeting, Minister Waszczykowski met with US Secretary of State Rex Tillerson and held bilateral consultations, among others, with chosen non-European partners, foreign ministers of New Zealand and Australia, to whom he presented the priorities of Polish candidacy for the UN Security Council for the 2018-19 term.‎ The chief of Polish diplomacy also met with his counterparts from Moldova and Kosovo.