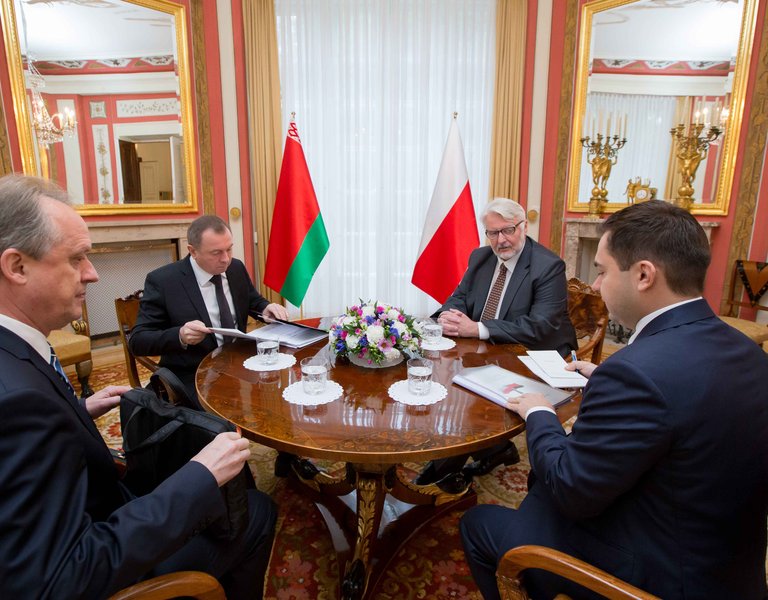 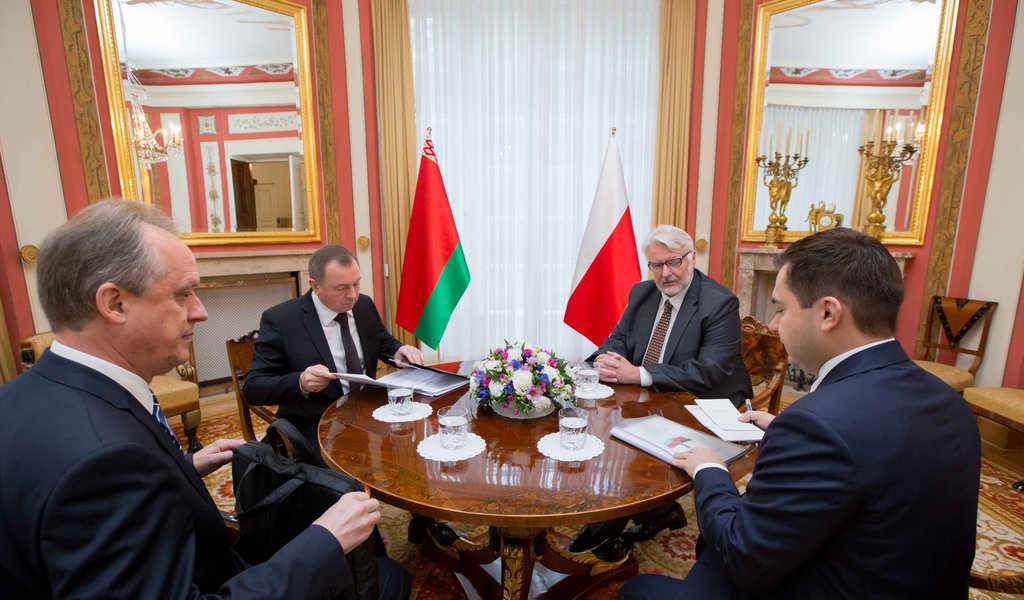 Polish FM: Deployment of Iskander missiles in Kaliningrad is an unbefitting response to NATO’s actions

The deployment by Russia of Iskander-M missiles in Kaliningrad is an absolutely unbefitting response to what the North Atlantic Alliance is doing in the region, Polish Foreign Minister Witold Waszczkowski said on Monday. He assured that NATO and Poland do not have aggressive intentions towards Russia.

Minister Waszczykowski met with his Belarusian counterpart Vladimir Makei in Warsaw on Monday.

During a joint press conference the ministers were asked, amongst other things, about the Russia’s deployment of Iskander-M ballistic missiles in the Kaliningrad region. This information was reported by Estonian media on Friday.

Minister Waszczykowski was asked whether the move could be considered as an escalation in relations between Poland and the West with Russia and whether Poland was planning to respond.

“We believe that the Russian response of deploying missiles in Kaliningrad is an absolutely unbefitting response to what the North Atlantic Alliance is doing. NATO – if it deploys the battalion group, and even an American brigade in Poland next year – will not change its defence doctrine, it will not change its position towards Russia,” Minister Waszczykowski said.

He assured that “the Alliance, in particular Poland and the Baltic States do not have any aggressive intentions towards Russia”.

“We therefore do not see any justification for such a large reinforcement of the Kaliningrad garrison by deploying offensive weapons such as Iskander missiles there, whose range goes up to 600km; this means that most of Polish territory could be a target of these missiles,” Minister Waszczykowski said.

The head of the Belarusian MFA, Vladimir Makei, said that Belarus “categorically opposes resolving problems through forceful and military means”. “We disapprove of what is currently happening in our region. The arms race, pulling in additional military contingents in the East and West will not provide increased security,” the Belarusian Foreign Minister said.

The Belarusian authorities, he said, “are trying to understand the logic of our Polish and Baltic partners” regarding the deployment of NATO forces in the region.

“We don’t want to believe that NATO is planning aggressive measures against Belarus; we don’t think that at all. We expect that times of war belong in the past. However, we are considering increasing the combat readiness of our forces,” Minister Makei said.

“We don’t see the events taking place in Poland and the Baltic states as a direct military threat to Belarus, but we are thinking about means that would allow for a suitable response,” he added.

The Iskander-M is a tactical missile system whose range lies between 500-700km.

Estonia’s ERR portal reported on Friday that Russia’s Baltic Fleet dispatched short-range Iskander-M ballistic missiles to the Kaliningrad region. The weapons are said to have been transported to the Russian enclave from the port of Ust-Luga close to St Petersburg on-board the Ambalna transport ship, a civilian vessel.

In a communiqué released on Saturday, a spokesman for the Russian Ministry of Defence, Igor Konashenkov, said that the deployment of Russian Iskander-M ballistic missiles in the Kaliningrad region is part of routine manoeuvres.

In an interview with Reuters press agency on Saturday, a U.S. intelligence official confirmed reports by the Estonian media stating that Russia has dispatched Iskander-M ballistic missiles to the Kaliningrad region.

He said that the deployment of the system could prove to be “harmless”, adding that “a similar short-range ballistic missile system was deployed to Kaliningrad in 2014 as part of military exercises”.

“This could also be a political gesture – a show of strength intended to demonstrate that Russia does not agree with the policies of the North Atlantic Alliance,” the U.S. intelligence official added.