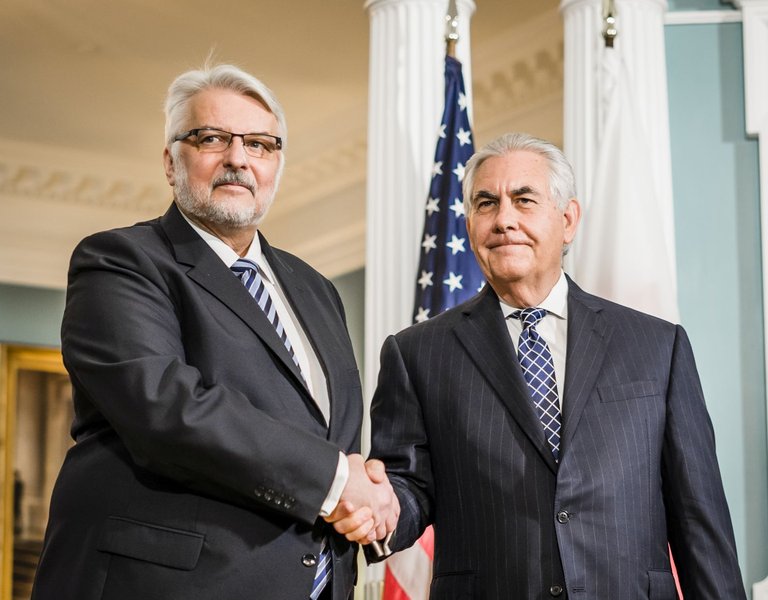 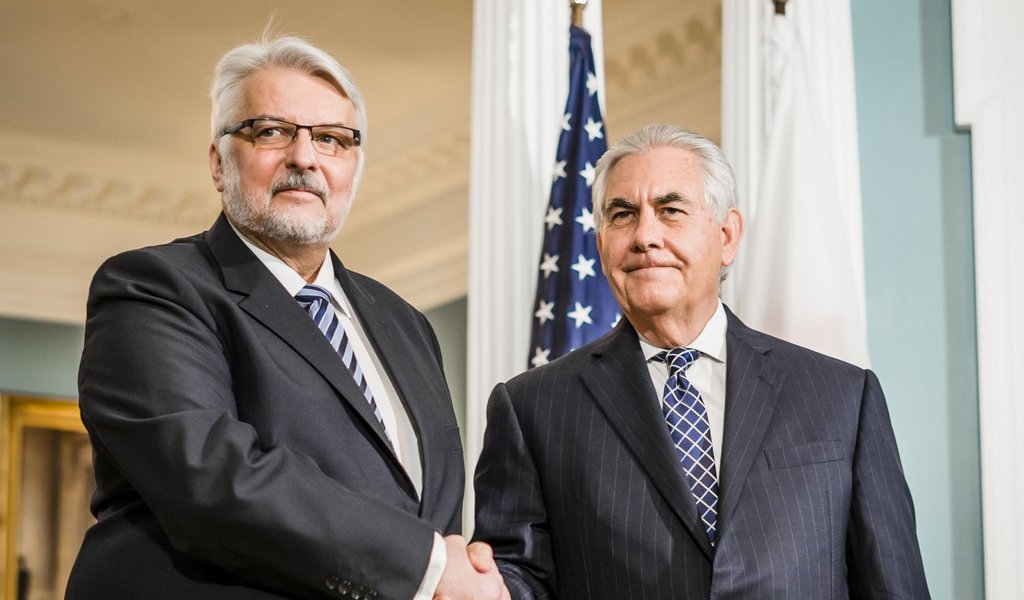 "We began by discussing bilateral security, and military and political cooperation. Then we moved on to economic collaboration, placing an emphasis on energy security," Poland's top diplomat said after his meting with US Secretary of State Rex Tillerson.

Minister Waszczykowski and Secretary of State  Rex Tillerson discussed prospects for allied cooperation within NATO, and bilateral collaboration in such fields as security, the economy, energy and innovation.

The Polish and US foreign policy chiefs drew attention to the need to maintain intensive political dialogue between Poland and the United States in the face of special security challenges in the Central and Eastern Europe region. "We have also talked about bilateral issues such as the exchange of mutual visits. I mentioned that Secretary Tillerson has a number of opportunities to visit Poland, for example during the eastern flank triangle meeting, the Visegrad Group meeting with th Baltic and Nordic states, or the Bucharest Nine meeting," stressed Minister Waszczykowski. "As for Presidents Trump and Duda, they'll have a chance to talk at the NATO meeting in Brussels, or during the Wroclaw Forum in Poland which will run parallel to the G20 meeting in Hamburg," he added.

The Polish foreign minister's agenda in Washington also covered clarification of the Smolensk crash, and Polish efforts to recover the Tu-154M wreckage from Russia. "I raised the Smolensk issue as we haven't been able to verify what caused this disaster for seven years now. I said that we would be interested in any kind of help, including technical support, assistance with the investigation, legal aid, and political help in the case of pressure on Russia," said Poland's top diplomat.

Minister Waszczykowski confirmed that the talks also covered visa issues. "I talked about the possibilities of youth exchange and cooperation in innovation. I said that Poland is opening a consulate in Houston this year, which will also have economic tasks. Next year we want to open a consulate in Seattle. The introduction of the Visa Waiver Program would go a long way towards developing this economic cooperation," noted the MFA chief.