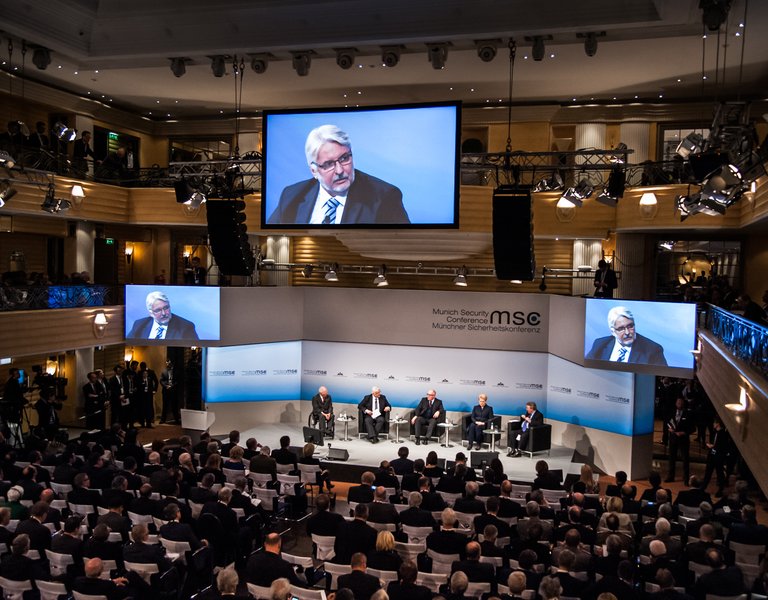 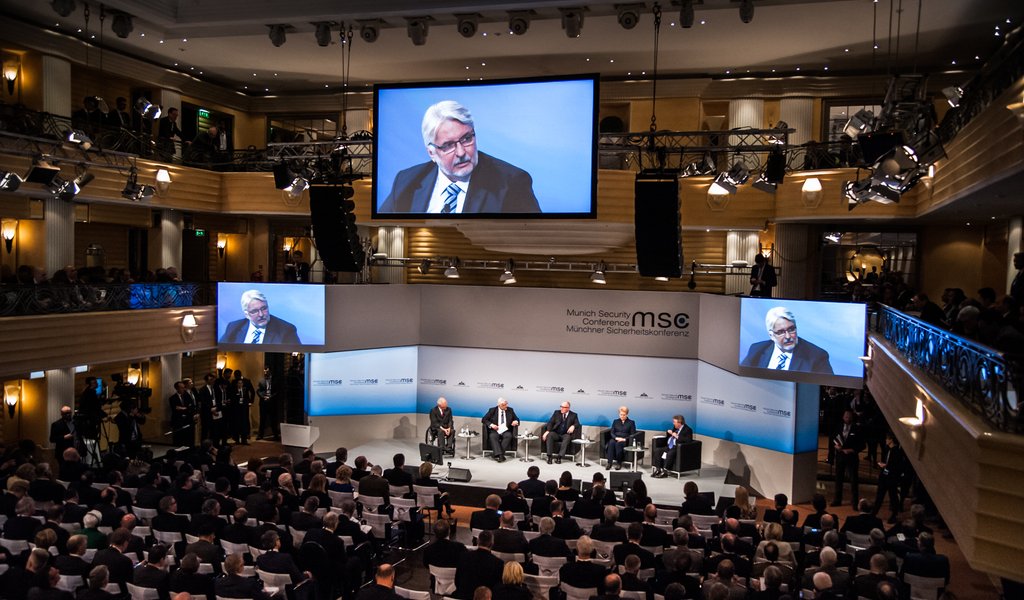 On the first day of the 53rd Munich Security Conference Witold Waszczykowski took part in a panel discussion on the future of Europe “The Future of the (European) Union: United or Divided?”

The session, moderated by Philip Stephens, also featured the President of the Republic of Lithuania Dalia Grybauskaite, European Commission Vice President Frans Timmermans and the Finance Minister of the Federal Republic of Germany Wolfgang Schäuble.

“This decision showed that the British cannot stand the situation in Europe. For Poland, Brexit is not only a divorce from the United Kingdom, it is a reflection on the condition of the Union,” said Minister Waszczykowski, stressing that Brexit was not a chance decision, but a considered one. He added that he cannot see such reflection among many politicians in Western countries. The head of the Polish MFA also stressed that the European Union should focus on two values: solidarity and flexibility. “In the EU, we call for solidarity not only for refugees, but also with regard to the labour market, gas supplies and the economy,” emphasised the minister. During the discussion, the chief of Polish diplomacy also noted that Poland is not reluctant to welcome immigrants. ”Last year, Poland issued 1.267m visas for Ukrainians, i.e. half of all visas issued to them in the EU,” he recalled.

At the same time, Minister Waszczykowski said that European integration should be deepened. “We will welcome the appointment of a central authority which would address the needs of all member states in a joint and flexible manner. Selecting such an authority is problematic, since there are no criteria for doing so,” said the minister. He also stressed that Poland joined an EU that, according to the Treaties, is based on the four freedoms. “That is the European Union we want to be in. Unfortunately, some politicians would like to bypass the Treaties and monitor the EU states beyond them,” said the minister, noting that the European Commission has neither instruments nor the right to interfere in internal decisions of the EU member states. “We respect the separation of powers, and each country has a different model of democracy,” stressed Poland’s top diplomat.

During the session, Minister Waszczykowski called on the EC President Frans Timmermans to allow Poland to act within the limits of its law. “Please allow us to respect our own Constitution, not your vision of our Constitution,” said the minister. He also pointed out that the recommendation of the Venice Commission concluded that Poland has the tools to independently terminate the dispute over the Constitutional Court.

In the context of security guarantees for our region Minister Waszczykowski added that before the NATO summit in Warsaw, Poland felt like a second-category member of the Alliance. “Now that American, British, German and Lithuanian troops are present in Poland, we feel safer,” declared the head of the MFA.

On Friday, Minister Waszczykowski also listed to the President Andrzej Duda’s address during a panel discussion session “The Future of the West. Downfall or Comeback.”

On the second day of the conference, the minister will hold a series of bilateral meetings.

The Munich Security Conference, organized since 1962, is a prestigious forum for discussion on current international security issues among the heads of states and governments, ministers of foreign affairs and defence, parliamentarians and researchers from the US, Europe and Russia. This year's Conference focuses on the future of transatlantic relations and NATO, the status of European security and defence cooperation, cooperation with Russia, and the war in Syria. The participants will also discuss the security situation in the Asia-Pacific region and the information war. The Munich Security Conference is particularly important this year as representatives of the new US administration will present its policy statement, including Vice President Mike Pence's address scheduled for Saturday.