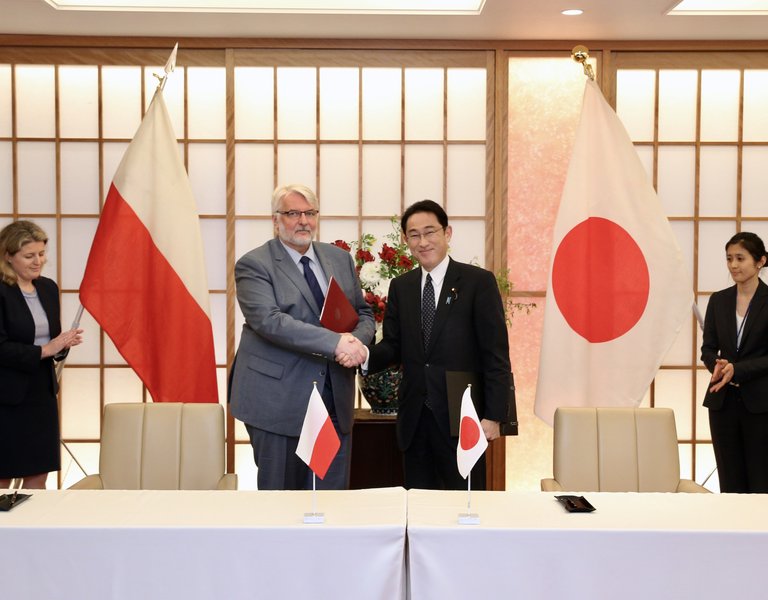 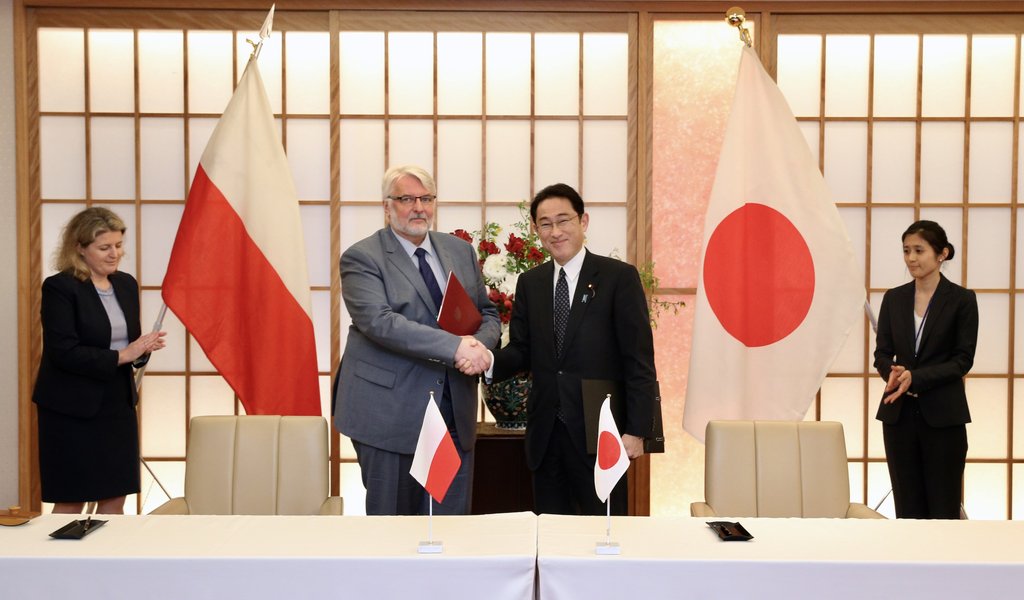 Ministers of Foreign Affairs Witold Waszczykowski and Fumio Kishida ‎signed the Action Plan for the Implementation of Strategic Partnership between Poland and Japan for the years 2017-2020 on Thursday.

The Action Plan reflects the ongoing cooperation between administrations, businesses, and research and academic circles of both countries. It also maps out new initiatives in preparation for the 100th anniversary of establishing diplomatic relations which will be celebrated in 2019.

The meeting between the ministers of foreign affairs was the main point of the first day of the visit. “We renewed our diplomatic relations exactly 60 years ago. We have more in common with Japan than it would appear: a long history of cooperation, mutual affinity and respect, and shared political and economic interests. We share many views on the challenges facing today’s world,” emphasized Witold Waszczykowski during his talk with Minister Fumio Kishida.

During the meeting Minister Waszczykowski raised issues of Japanese investments in Poland, bilateral trade, and cooperation between the European Union and Japan. The ministers also discussed Brexit, cooperation between Japan and the Visegrad Group, and the international situation, including North Korea. Polish-Japanese cooperation in multilateral organizations, in particular the UN, was also on the agenda. Japan held a non-permanent seat on the UN Security Council 11 times and is the most frequently elected country to the Security Council.

“We encourage Japan to be more active in Poland and in our region. We have a long list of joint projects,” said Minister Waszczykowski after the talks. Minister Kishida expressed interest in the development of economic and political cooperation with Poland. He accepted the invitation extended by the Polish foreign minister to visit Warsaw.

Minister Witold Waszczykowski’s visit began on the day marking the 60th anniversary of re-establishing diplomatic relations between Poland and Japan and is the first meeting at this level since our bilateral relations were raised to the level of strategic partnership two years ago.

The chief of Polish diplomacy also opened a seminar on the prospects of Polish-Japanese cooperation in energy, “Alternative fuels in transportation – potential areas of cooperation between Poland and Japan.” The meeting took place in the Polish Embassy in Tokyo and brought together representatives of Polish and Japanese ministries of economy, energy and mining sectors, research institutes, and universities.

The Polish delegation is accompanied by a large group of businessmen who represent and support Poland’s innovative and creative industries in banking, electric vehicle network, and computer games sectors.

On the second day of his visit, Minister Witold Waszczykowski will meet the heir to the imperial throne, Prince Naruhito. The minister will also visit the Tokyo University of Foreign Studies where he will meet students of Polish studies and will deliver a lecture on Polish-Japanese relations. He will also be hosted by the Japanese National Press Club where he will hold a key-note speech on Polish foreign policy in times of global challenges.