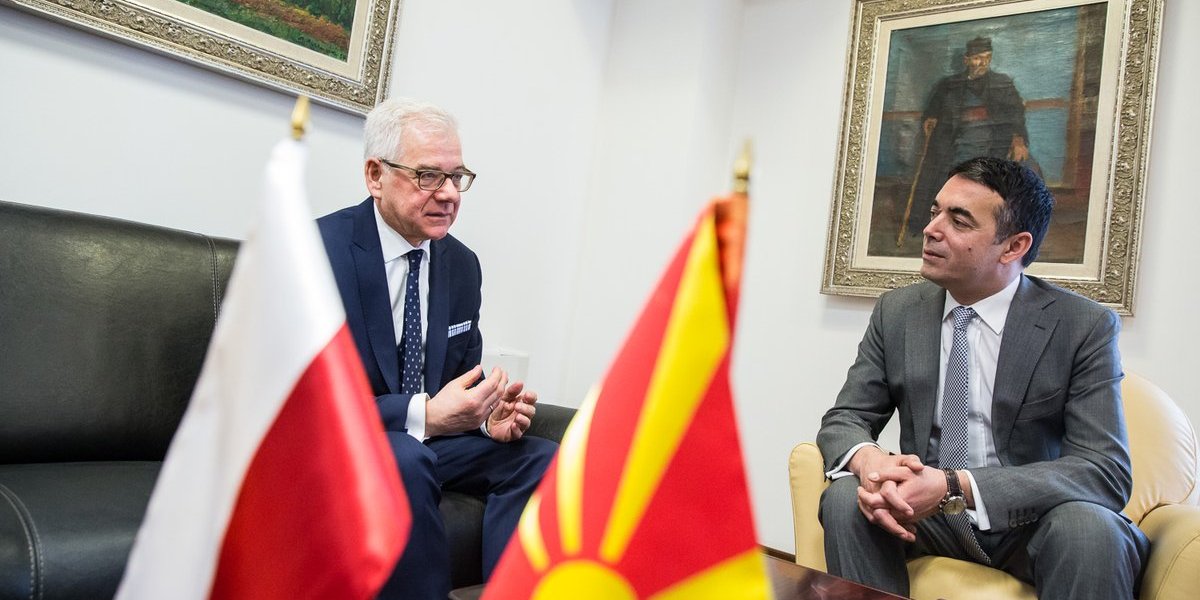 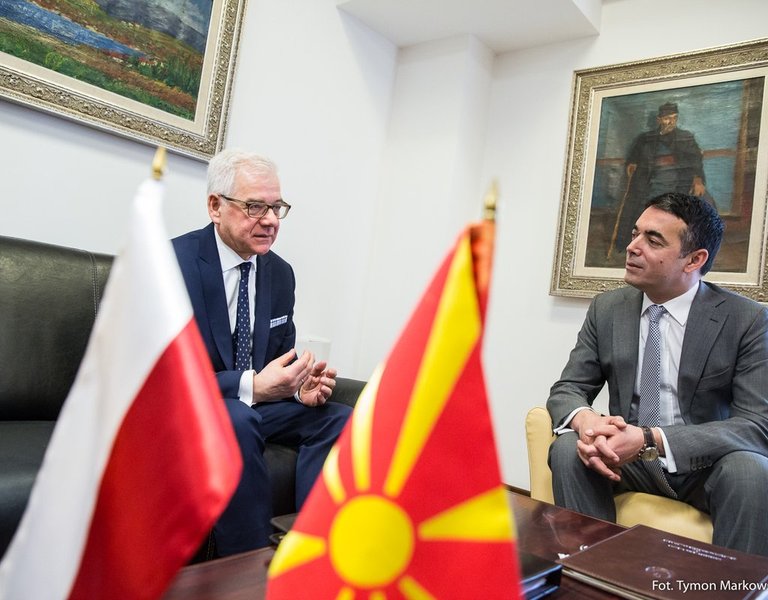 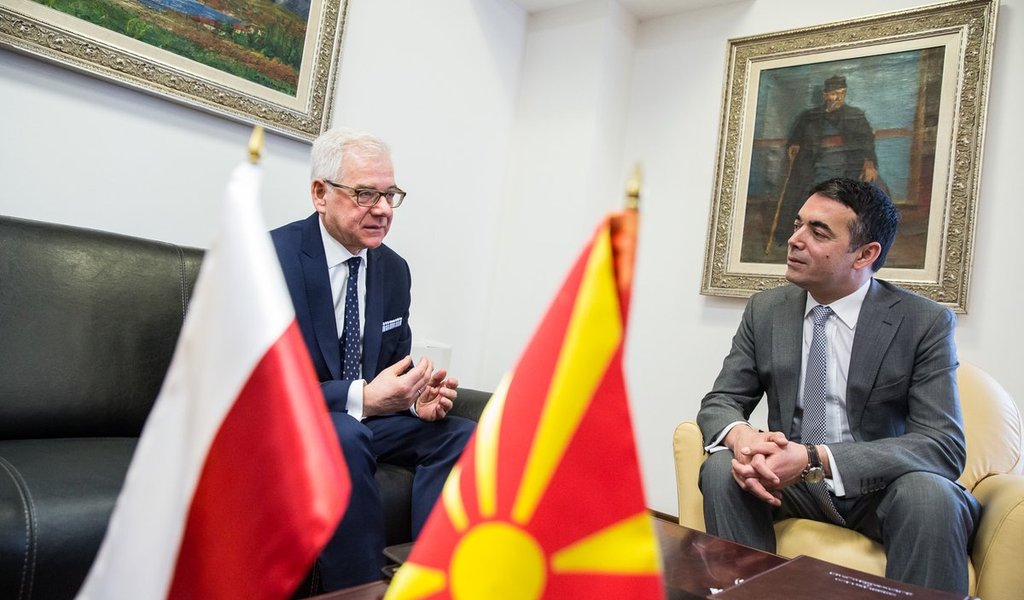 "My visit is an expression of support for the aspirations of Macedonia and Western Balkan countries to join the European Union and the North Atlantic Alliance," Poland's top diplomat said on Monday after his meeting with Nikola Dmitrov, Foreign Minister of the Republic of Macedonia.

Talks with the Macedonian foreign policy chief focussed on bilateral relations, Poland's support for the Euro-Atlantic aspirations of the Republic of Macedonia, and relations within different regional formats. The two diplomats also discussed ways of fostering cooperation on security, culture and education. The Polish foreign minister emphasized that good collaboration between our countries also rests on historical foundations.

As Poland's top diplomat pointed out, his first visit to Skopje comes in a year that marks 25 years since our countries established diplomatic relations. "We have a shared history and common interests. We fully appreciate Macedonian aspirations to join the European Union and NATO," said Minister Czaputowicz, who also stressed Poland's commitment to the EU's enlarging to include Western Balkan countries. The ministers agreed that the prospect of European integration is the only way to ensure the region's security and lasting development.

Moreover, Ministers Czaputowicz and Dimitrov inaugurated the seventh Skopje Conference.  The annual meeting serves as a platform for representatives of state institutions to share Polish pre-accession experiences, and helps to enhance administrative capabilities of Macedonian institutions and their effectiveness at adopting EU standards. The Polish side delegated experts in the fields which the Macedonian partners had identified as most important from the point of view of negotiations with the EU. This year's agenda included entrepreneurship, industrial policy, the judiciary, fundamental rights, justice, freedom, security, and regional cooperation.

The 7th Skopje Conference was accompanied by a round table for representatives of think tanks. The meeting of NGOs served to deepen discussions and accommodate expectations towards the accession process.

In Skopje Minister Czaputowicz also met with  Zoran Zaev, Prime Minister of the Republic of Macedonia. They discussed bilateral relations and the European future of the Western Balkans.

On the occasion of his Macedonia visit, the chief of Polish diplomacy attended a ceremony to commemorate the 75th anniversary of the deportation of Macedonian Jews to the Treblinka extermination camp.