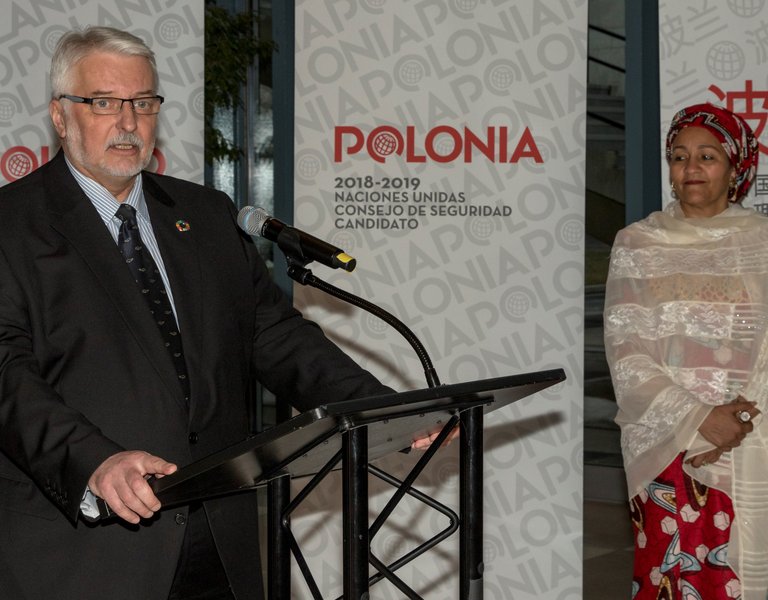 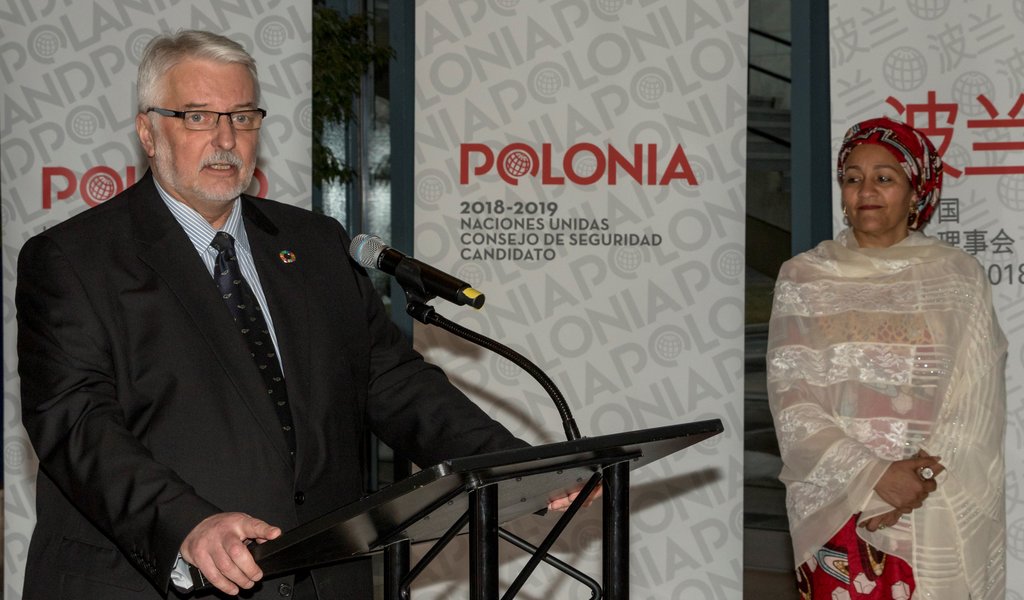 “My visit to the United States is another element of the campaign supporting Poland’s candidature for the Security Council in 2018-2019. The election will take place on June 2, which gives us two months to acquire additional votes,” Minister Waszczykowski said.

The head of the Ministry of Foreign Affairs added that Poland’s aim is to obtain support for our candidature from as many United Nations member states as possible, above the required number of 129 votes.

As part of the campaign, Minister Witold Waszczykowski met with Jeffrey Feltman, the United Nations Under-Secretary-General for Political Affairs. The topic of their talks included Poland's priorities for membership of the Security Council. During the meeting, the interlocutors agreed that greater cooperation between the Security Council and the Peacebuilding Commission is needed to prevent conflicts more effectively. The meeting also covered the Polish position on the conflict in Ukraine, the situation in the DPRK and the current challenges facing the EU.

Minister Waszczykowski also spoke about the Polish candidacy for the Security Council with the ambassadors of the countries of Southeast Asia (ASEAN).

“ASEAN is a region that is both politically and economically important. Such meetings clearly show that there are many issues that connect us – I will mention here only the threat of terrorism or the negative effects of climate change,” the head of the Ministry of Foreign Affairs said.

On Monday evening Minister Witold Waszczykowski and Amina Mohammed, the Deputy Secretary-General of the UN and Cristina Gallach, the Under-Secretary-General for Communications and Public Information, opened an exhibition at the UN Headquarters devoted to the revitalization of Łódź titled “Łódź. Revitalisation. Polska. New Public Life”.

On the occasion of the opening of the exhibition, which presents the history of the modernization of post-industrial districts of Łódź, Minister Waszczykowski presented the candidature of the city to host the International EXPO 2022 exhibition. Łódź is competing to host the EXPO in 2022, which is devoted to urban regeneration, with Buenos Aires and Minneapolis. The decision on where exhibition will be held will be made in November 2017.

On Tuesday Minister Waszczykowski will meet in New York with the President of the United Nations General Assembly Peter Thomson, with whom he will talk about climate issues and preparations for the COP24 conference in Poland. The minister then goes on a two-day visit to Washington, DC, where he will attend the Global Coalition against Daesh meeting at the State Department headquarters.