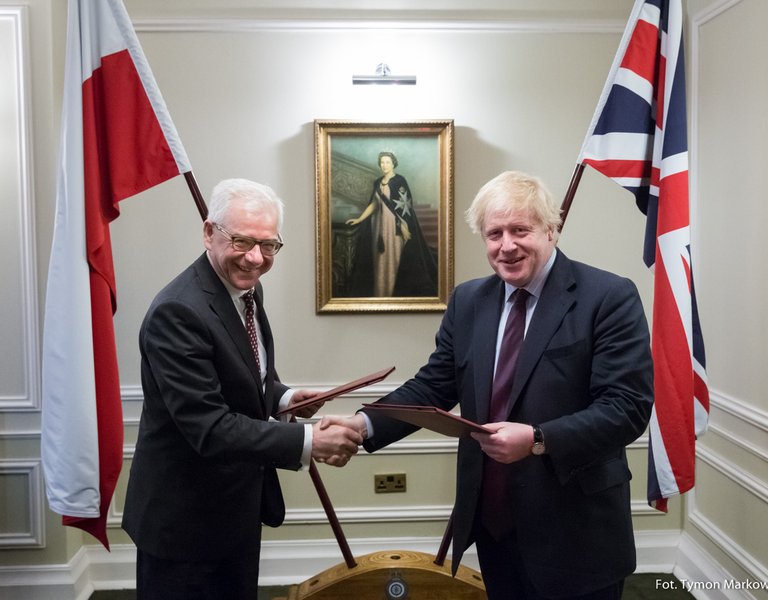 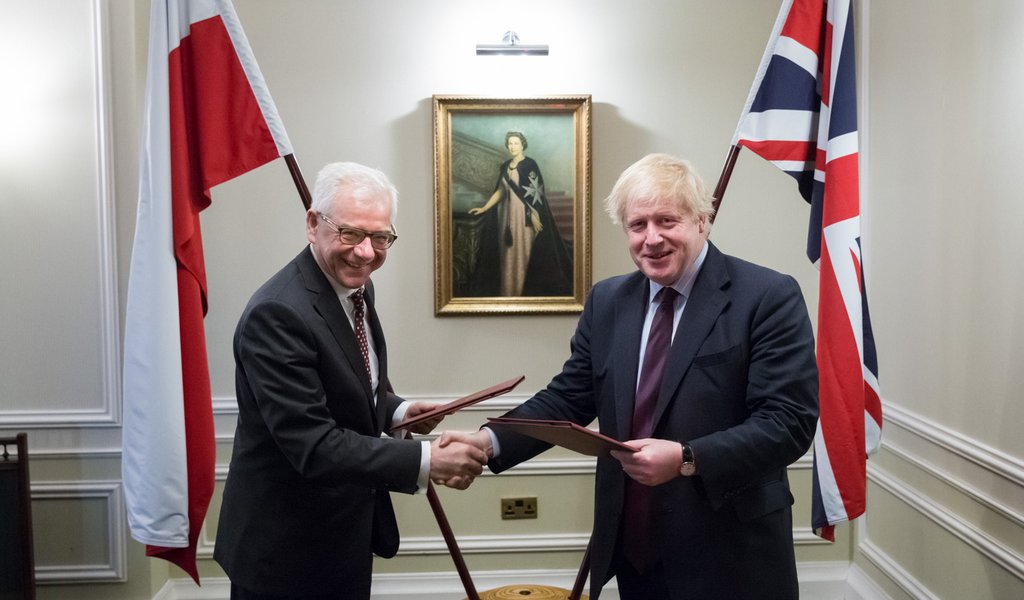 “We bear in mind the great historical past, as we build and strengthen our bilateral relations nowadays,” said Minister Jacek Czaputowicz at a joint press conference with UK Foreign Secretary Boris Johnson.

Today’s talks between the Polish and UK foreign ministers covered the current European agenda including the Western Balkans, Syria, Russia, and Ukraine. Ministers Czaputowicz and Johnson also discussed bilateral cooperation as part of Poland’s mandate on the UN Security Council, the role of Poland and the United Kingdom in ensuring European security, and regional cooperation. “Poland and the United Kingdom are brought together by the common values, but also by many shared interests on the international agenda. Brexit will not change that,” added the chief of Polish diplomacy.

The Polish and UK top diplomats discussed in detail international ramifications of the attempted assassination of Sergei Skripal. Minister Jacek Czaputowicz declared Poland’s solidarity with and support for the UK government’s actions. The meeting led to the signing of a declaration about stepping up Polish-British cooperation with Eastern Partnership countries on countering Russia’s propaganda and disinformation.

The officials noted the excellent state of bilateral relations, and expressed satisfaction with the recent (19-20 February) 2nd Polish-British Belvedere Forum in London, which is a platform for dialogue between the two countries’ civil societies. The ministers expressed hope to see another round of consultations of foreign and defence ministers in the so-called Quadriga format in the coming months and a third edition of intergovernmental consultations later this year.

Moreover, the ministers paid a visit to the Royal Air Force’s Battle of Britain Bunker in Uxbridge, which in the Second World War housed the UK’s central air defence command during the Battle of Britain. The visit came as an opportunity to honour the Polish pilots who had fought to defend Britain’s skies during the war, and to reflect on the tradition of the Polish-British brotherhood in arms.