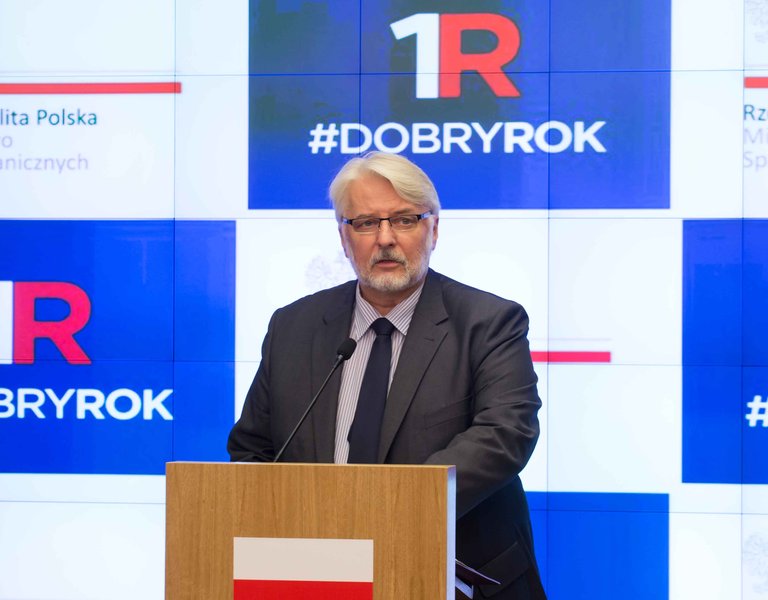 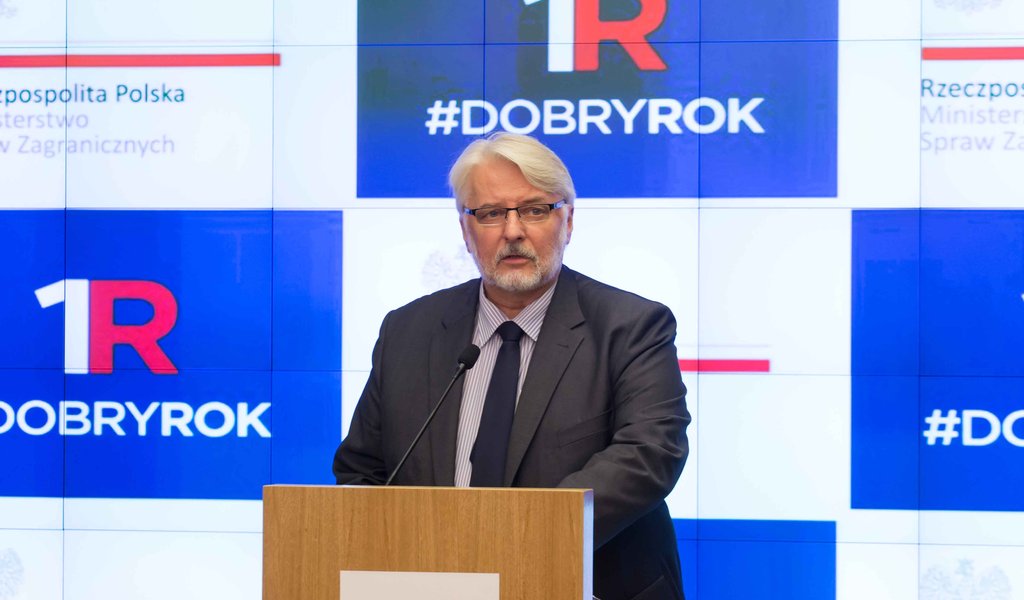 It is not easy to present all the accomplishments made by Polish diplomacy in 2016 because this period was an incredibly active one.

Let me start by reminding you of the most important points made in the Minister of Foreign Affairs’ expose in January 2016 regarding Polish foreign policy.

In reference to the international situation, the head of the Polish MFA said that at the time that we are surrounded by three crises:

By referring to these three crises, the government for the first time started treating Poles seriously, it put an end to the attempts aimed at tricking public opinion into thinking that the situation surrounding Poland was very good, that there are no problems – as had been argued by the previous leadership. In doing so, the government used the expose to present the country’s citizens with an honest diagnosis of the international situation.

What did the MFA propose to do with regards to this situation?

Above all, the expose sought to present the foundations of the current government’s foreign policy.

What tasks for Polish diplomacy were proposed in the expose?

On the basis of the tasks presented in the MFA expose, one can clearly say that the foreign policy pursued by the current government is not a policy of continuation. This is because for the first time in Poland, issues of international security have been given priority.

Furthermore, for the first time in many years, actually since the last Law and Justice government, the MFA is in the hands of a professional, i.e. someone who as a MFA diplomat has climbed the rungs within the diplomatic hierarchy.

Which of the tasks announced in the expose have been successfully realised?

It is clear that attacks have been orchestrated against the foreign policy pursued by the current government, for example there is a foreign-funded foundation that organised a special team to discredit the MFA’s current policies abroad, an editorial office has delegated several of its journalists abroad to criticise Polish diplomacy in the foreign press. There is no sense in arguing with these media operations as they are not professional analysts but rather lobbyists hired by foreign clients. In the first half of 2016, these actors aimed to block the NATO Summit in Warsaw. Now they are focused on reducing Poland’s standing abroad and encouraging a boycott of our country. Meanwhile, the use of foreign policy for internal political purposes is further evidence of the lack of maturity by the civic opposition or its service to a foreign interest.

The most common accusations directed at the Law and Justice government claim that the latter is pursuing nationalist, clerical and populist policies. Meanwhile, the concept of the nation is enshrined in the Polish constitution. The constitution also talks about the Christian heritage of the nation, about the fact that members of parliament are representatives of the nation, that power belongs to the nation.

It is worth remembering that the most nationalistic and anti-EU parties in the EU are in Germany, France and the Netherlands, countries that are trying to lecture us on the significance of European values and on how to govern.

Meanwhile, the main threat to European integration lies not in Poland but rather in so-called Old Europe. Poland has one of the continent’s highest levels of pro-European sentiment, if the PiS government criticizes the EU then it is to improve, not destroy, it.

Accusations of populism directed at the government of Beata Szydlo are not credible in nature because they suggest that our policy is aimed at realization of the expectations of the masses – which is the basic task of every democratically elected government. Shame on those who serve foreign interests that are contrary to those of our society, i.e. the interests of elites and corporations.

In his address to German ambassadors on 29 August 2016, the head of the Polish MFA said that today the EU needs responsible decision-making. And this is exactly the type of policy that Poland is currently pursuing. That is why it is now being treated seriously around the world. Our strong international position is best exemplified by the fact that the Polish Foreign Minister took part in the ambassadorial consultations in Berlin led by Minister Steinmeier.

Let us not forget that the personnel within our diplomatic corps is being systematically exchanged and rejuvenated. The call for applications to the Foreign Service has already been announced and almost 300 people have applied.  Many young MFA employees have received diplomatic ranks. New ambassadors have already been dispatched to numerous countries, for example Belarus, Germany, Great Britain, the Holy See, Ukraine, the United States, Russia, Tunisia, the United Arab Emirates, Belgium, the OECD, Serbia, Portugal, Colombia and Panama, Spain, Turkey, Switzerland and Hungary. Further personnel changes will take place in the next few months.

Foreign policy is not just a matter of words, it is about building a favourable balance of power. Is Poland today under threat? The answer is yes, because the adversary especially in the east is more aggressive.  However, at the same time, despite an increase in threats Poland’s situation is better than it was a year ago, and this is due to several reasons:

The events mentioned above allow us to state that Polish foreign policy in 2016 has been a success for our country. This success would be even more pronounced if all departments complied with the provisions of the law on government administration, which provides that the Minister of Foreign Affairs coordinates the foreign policy of Poland and evaluates programs of international cooperation with other ministries.

With regards to the MFA’s future priorities for 2017 – 2022, there are three main objectives:

In conclusion, when looking at the work being done by Polish diplomacy we can be confident about the future.

JAN PARYS, the defense minister in Jan Olszewski's 1991 government, and now the head of the political cabinet of foreign minister Witold Waszczykowski.