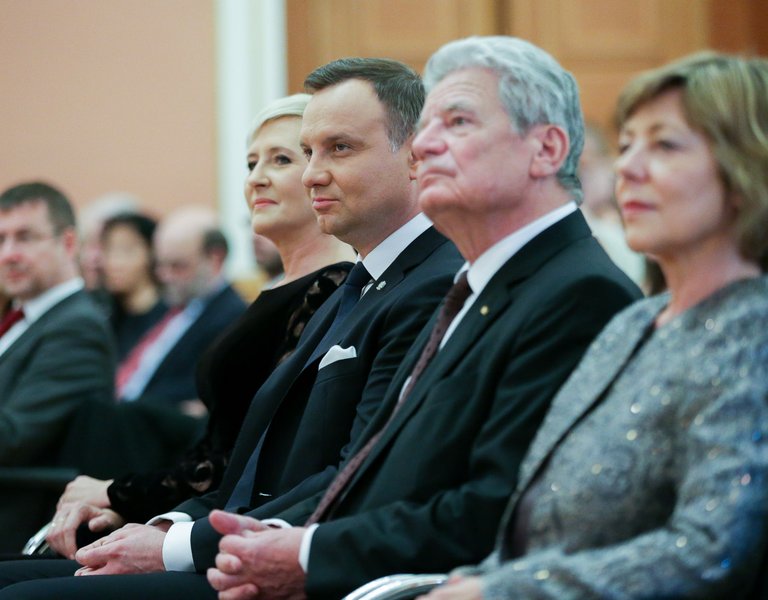 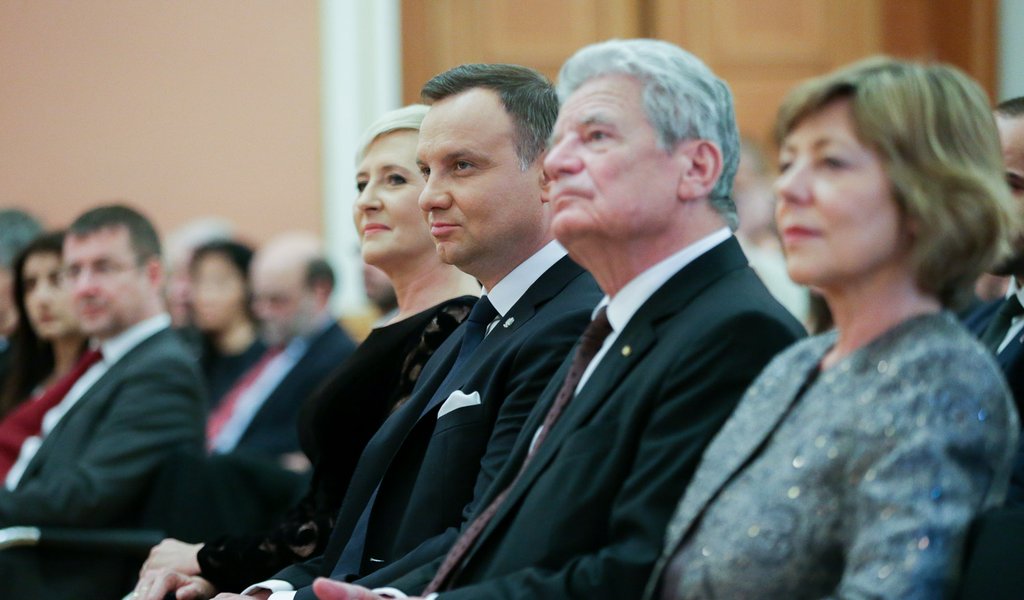 "Polish-German friendship is based on truth and partnership"

"After decades of storms and decades of dramatic events in Polish-German relations, there have come decades of good friendship based on truth, partnership and mutual understanding," President Duda said, addressing a gathering at the Berlin Town Hall before the concert performed by Veriko Tchumburidze, the laureate of this year's International Henryk Wieniawski Violin Competition, and the Poznan Philharmonic Orchestra.

The Polish president stressed that during his numerous meetings with President Gauck in the year of observances marking the 25th anniversary of the Polish-German Treaty, they remembered "with gratitude and respect" those who had laid the foundations under this cooperation.

"Starting with Polish and German bishops, Chancellor Willy Brandt and many politicians who over years helped consolidate this friendship," President Duda said.

President Duda thanked his German counterpart for their cooperation. "Mr. President, I have been honoured and glad to cooperate with you for a year and a half during which we met seven times. This has been and will be for me very good and instructive cooperation," the Polish head of state said.

Duda added that President Gauck was concluding his presidential mission in three months but stressed that he would surely not end his mission regarding Polish-German cooperation.

"Being a Polish president, who will be in office for the next few years, I promise that I will be doing everything to make Polish-German cooperation and relations between our nations as good as possible," Andrzej Duda declared.

President Duda stressed that while in office President Gauck "built up the great dignity of the office of the German head of state". President Duda also said that Gauck would be remembered in Poland as "a friendly president and a president of dialogue who built mutual respect between our countries and peoples".

I was not sure if we could uphold friendship under (Poland's - PAP) new government, but the climate between us is good and there is friendship, President Gauck said.

The German president told Duda he enjoyed "intensive and friendly" ties with his predecessor Bronislaw Komorowski and was uncertain if his relations with Duda would be equally warm. He added, however, that he experienced a "good climate" between himself and Poland's president, and that "there has appeared a bridge between us which neither of us probably expected".

Gauck stressed that he did not expect Poland and Germany not to differ on various issues, but noted that this was normal for democracies and expressed hope that Duda's relations with the next German state head will also be "marked by friendship and empathy".

Gauck, whose presidency expires in March, has resigned from running for re-election for health reasons. The German Federal Assembly will elect his successor on February 12.

The Polish-German Treaty on Good Neighbourhood and Friendly Cooperation was signed on June 17, 1991. It was signed by Polish PM Jan Krzysztof Bielecki and German Chancellor Helmut and the then foreign ministers: Krzysztof Skubiszewski and Hans-Dietrich Genscher.