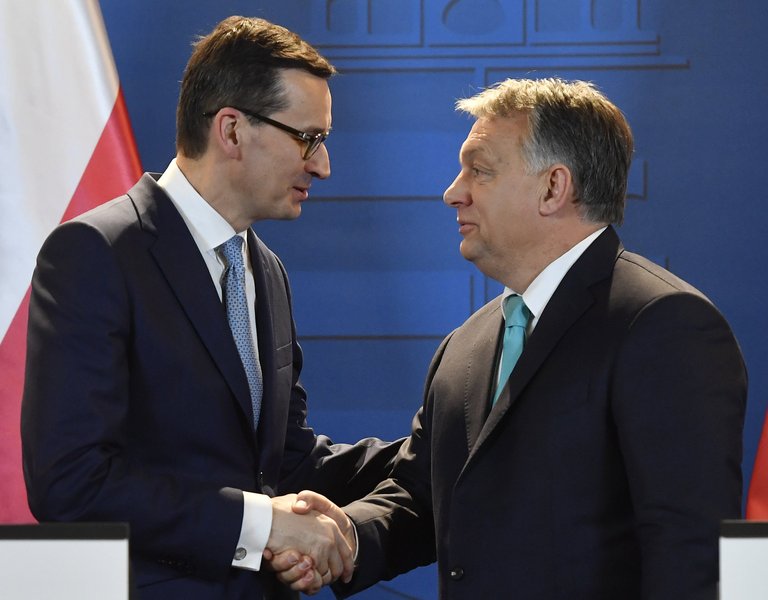 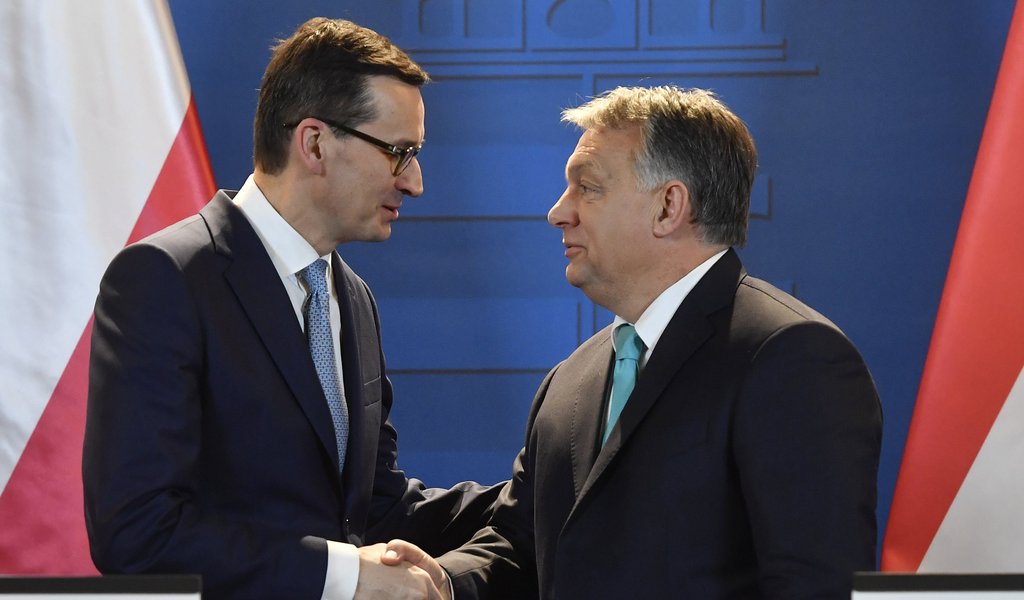 Poland and Hungary will not change their migration policy, Polish PM Mateusz Morawiecki said on Wednesday in Budapest after talks with Hungarian counterpart Viktor Orban. In Orban's opinion the EU's migration policy has suffered a fiasco.

Morawiecki told a press conference attended with Orban that Poland would not reconsider its current migration policy, and observed that regulations introduced in other countries showed that migration had become "a very hot issue".

"More and more regulations in individual countries and choices made by societies indicate that migration will be a very hot issue," Morawiecki said.

According to the Polish government leader, the EU's stance on migration was gradually shifting to Poland's and Hungary's perspective - both countries want decisions on refugee admissions to belong to national governments.

"The scales are tipping towards our approach, towards countries deciding who they will or will not accept, and under what principles", Morawiecki argued. He added that neither the EU nor the EC were legally empowered to decide about refugee admissions, and stressed that Poland "refused" to follow the EU in the matter.

Morawiecki also recalled that Poland has already admitted 1.5 million Ukrainians, a considerable part of whom came from war-torn areas.

Morawiecki stressed that Poland was ready to provide "on-the-spot" aid in the refugees' home countries, among others through aid funds founded by the European Investment Bank and the EU Emergency Trust Fund for Africa. He added that Poland was willing to continue contributing to both funds.

The Polish PM pointed out that on-the-spot aid was effective and an expression of solidarity. He also noted that this form of help saved taxpayer money.

"Effective on-the-spot aid to these people is (...) an expression of solidarity (...), but it also saves taxpayer money," the Polish PM said, adding that aiding the migration problem where it was generated was the best form of help.

According to Morawiecki, Poland's and Hungary's stance in the migration issue showed that both countries had a better understanding of European solidarity than most other countries.

Orban stressed that the migration wave to Europe had to be stopped, and called the EU's migration policy "a fiasco."

Commenting on the future of the EU, Orban said the community will only be strong if its member states are strong.

According to Orban, Central-Eastern Europe played an important role in the EU, with Poland as the region's driving force. He added that Central-Eastern Europe needed to achieve economic independence and did not want to be dependent on German funding, but stressed that this was only possible with strong national economies.

"Over the past years we in Central-East Europe have shown that there is a region between the Russian and German worlds which is capable of standing on its own feet economically if it is given openings for trade, investment, work and growth. The countries of Central Europe are not asking Germany for money, nor for Germany to resolve their problems. No. We're ready to accept investment projects, but we don't intend to lay any sly plans to get to German money. We want to stand on our two feet," the Hungarian PM stated.

Besides migration and EU issues, Morawiecki and Orban also discussed energy and the future of the Visegrad Group (V4) comprising Hungary, Poland, the Czech Republic and Slovakia.