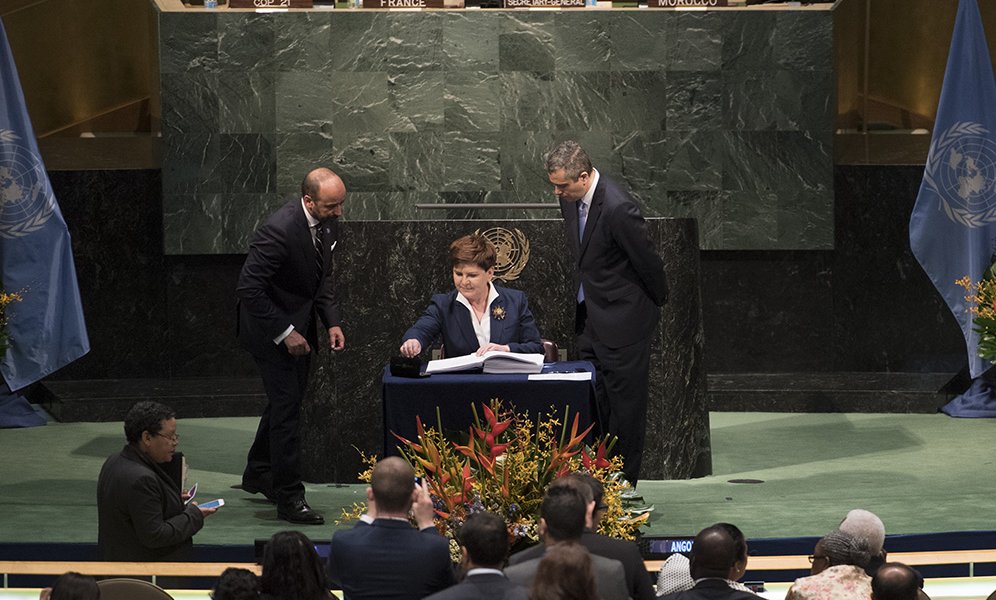 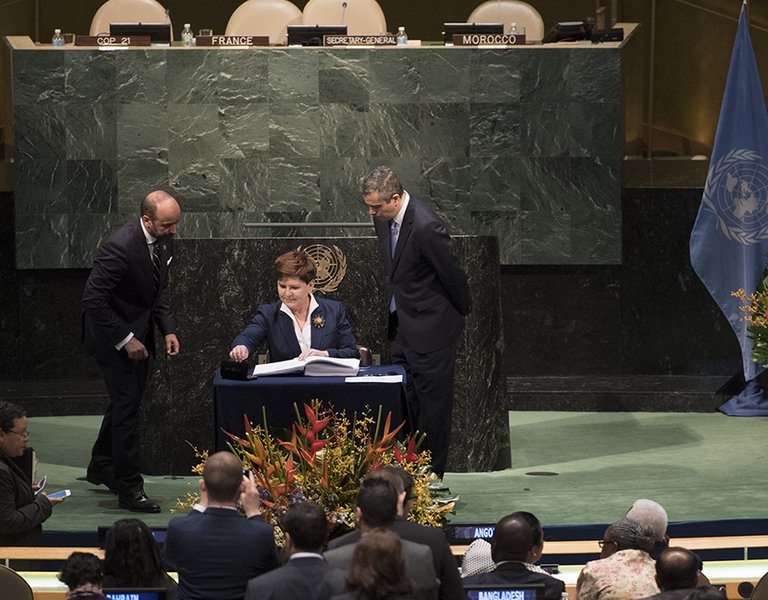 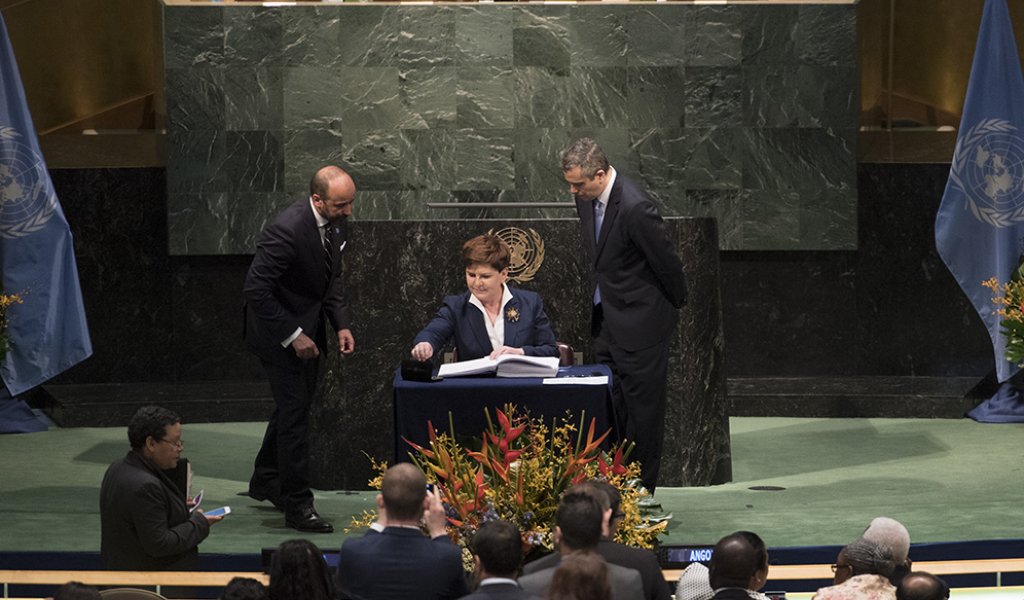 Over 160 countries, including Poland, signed a global climate agreement in New York on Friday following negotiations in Paris at the end of 2015.

Around 60 heads of state and government as well as Secretary General Ban Ki-moon attended the event at the United Nations headquarters. The Polish delegation was led by Prime Minister Beata Szydlo.

The Paris Agreement is a result of the COP 21 United Nations Climate Change Conference that took place in Paris in December 2015. The Polish delegation managed to push through its most important demands, some of which became the main components of the climate agreement. “This is a good agreement for Poland. It includes all of the demands that were important to us – in particular, that the specifics of national economies be taken into consideration,” Prime Minister Beata Szydlo told journalists before the signing of the agreement.

In a short speech at the UN, Szydlo stressed that the fight against global warming is an issue that impacts the whole world. The Polish prime minister said that wealthy countries carry the most responsibility.

“With the implementation of the Paris Agreement I once again call for solidarity to be shown with countries that are hardest hit by the effects of climate change. In this context we believe that the Green Climate Fund, to which participants contribute voluntarily, will make good use of funds aimed at protecting the climate,” Szydlo said. The Polish prime minister also called on world leaders to show solidarity with the poorest countries within the area of global warming.

The climate agreements are due come into force from 2020. Before then they have to be ratified by the parliaments of at least 55 per cent of countries that backed the agreement in Paris in December 2015.

Speaking in New York, Prime Minister Szydlo made an appeal for this to happen as fast as possible. “It is good that this agreement was signed today, but we all need to ratify this accord in order for us to be able to say that the future of our planet is our shared responsibility,” she added.

The climate agreement focuses in large part on reducing reducing carbon dioxide emissions into the atmosphere. It will strengthen the fight against global warming.