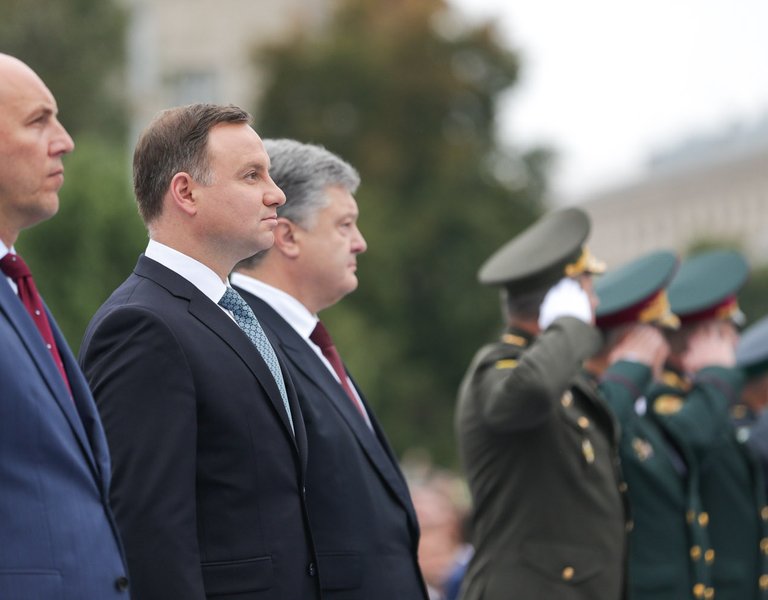 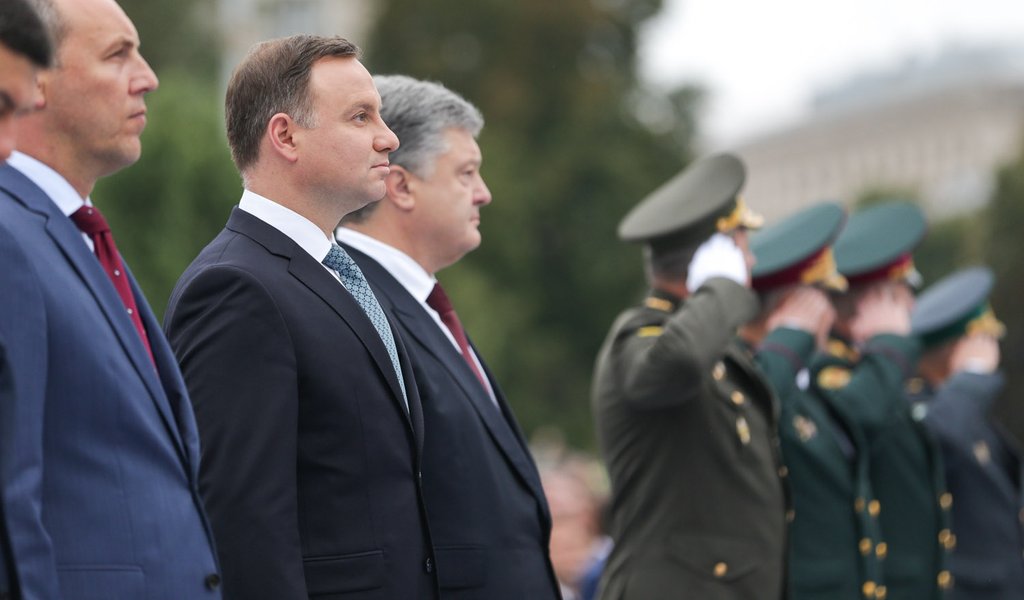 The Polish president took part in the observances marking the 25th anniversary of Ukraine's independence. He told a joint press conference with President Poroshenko that their talks focused on "difficult matters, including history and historical memory".

"We will continue dialogue in this field. We will be trying to make it more productive than so far." President Duda declared, stressing that one could expect joint actions in this field. "I hope that we will be able to speak about concrete projects in December," he added.

President Poroshenko stressed that as far as history of the two countries was concerned, dialogue should not be beneficial to a third state. He added that neither Poles nor Ukrainians would benefit from problems in mutual relations. According to President Poroshenko, politicians should say: "we forgive and ask for forgiveness". He also said that historical questions should be left in the hands of historians.

The Polish president thanked his Ukrainian host for inviting him to Kiev to attend the observances marking the 25th anniversary of Ukraine's independence and said "it was a sign of appreciation" for Poland "which was always with Ukraine over the recent 25 years".

The Polish president was the only foreign guest invited to Kiev.

"Poland was the first country to recognise Ukraine's independence declared on December 2, 1991. Poland was with Ukraine in all difficult moments: during the Orange Revolution and the Revolution of Dignity. And Poland is with Ukraine today in the time of the ongoing difficult conflict in the eastern part of the country and Crimea's occupation," the Polish president said.

President Duda told reporters he had renewed his invitation to President Poroshenko to pay an official visit to Poland and said it could take place on December 2, the 25th anniversary of recognising by Poland of Ukraine's independence.

President Poroshenko admitted that Poland had been the first country to recognise Ukraine's independence and thanked "for a tough position of Polish and EU partners regarding Russia's aggression against Ukraine and Crimea's annexation as well as Ukraine's territorial integrity". "We are grateful for such solidarity," he said.

The Ukrainian president also thanked Poland for its support and cooperation in energy issues and praised Poland's position regarding Nord Stream 2 and the Turkish Stream. He stressed that 2016 would be the first year when "Russia's energy blackmail" could prove unsuccessful.