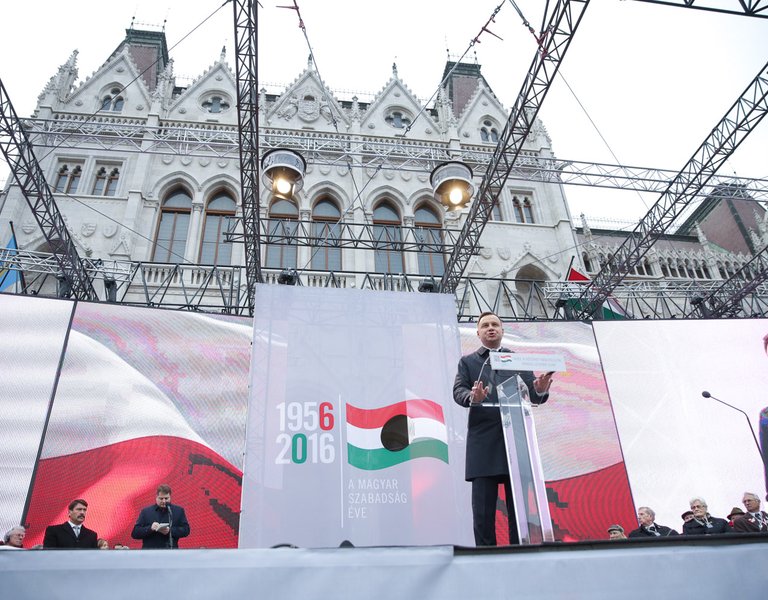 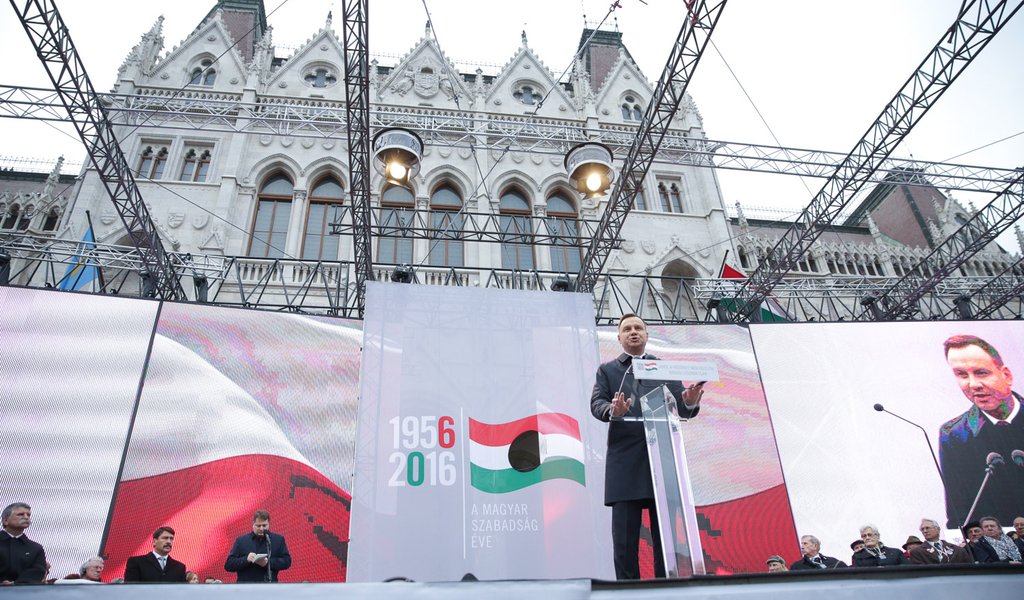 Polish president Andrzej Duda took part in the commemorations of the 60th anniversary of the 1956 Hungarian Revolution, in Budapest on Sunday.

Duda was the only foreign head of state to be invited to the anniversary events.

Speaking in the Hungarian capital, he said that Poland and Hungary were linked by a love for freedom, and that both the nations “knew the cost of sovereignty and independence, and shall not allow these to be taken away”.

He added that this Polish and Hungarian experience was not always understood in Western Europe. The Polish President also thanked his Hungarian countrepart Janos Ader for his presence at the commemorations earlier this year of the 60th anniversary of the uprising in Poznań.

The Hungarian Revolution began as a demonstration in capital Budapest on 23 October, 1956, with demands of civic liberties, the withdrawal of Soviet troops and nomination of Imre Nagy to PM. The protest developed into a national uprising that was bloodily crushed by Soviet intervention. Around 2,500 people died in the fighting, hundreds were executed and thousands imprisoned in the aftermath. Some 200,000 were forced to flee Hungary.