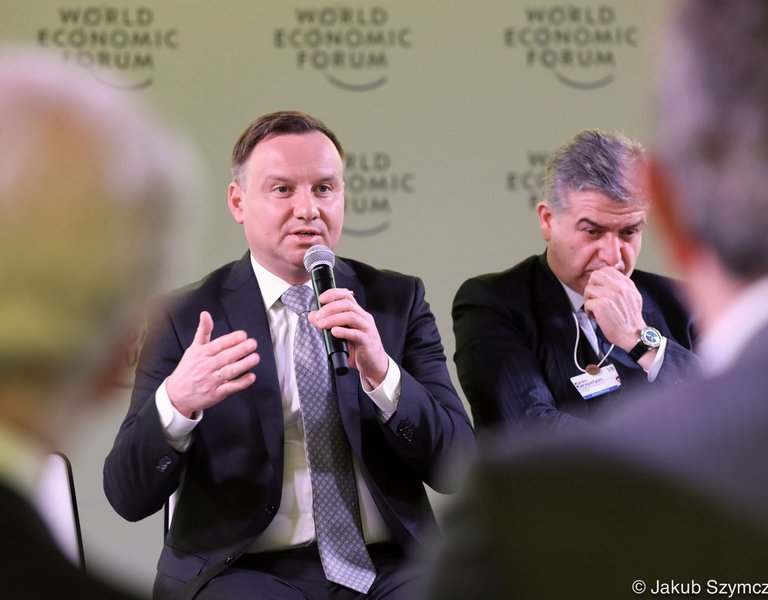 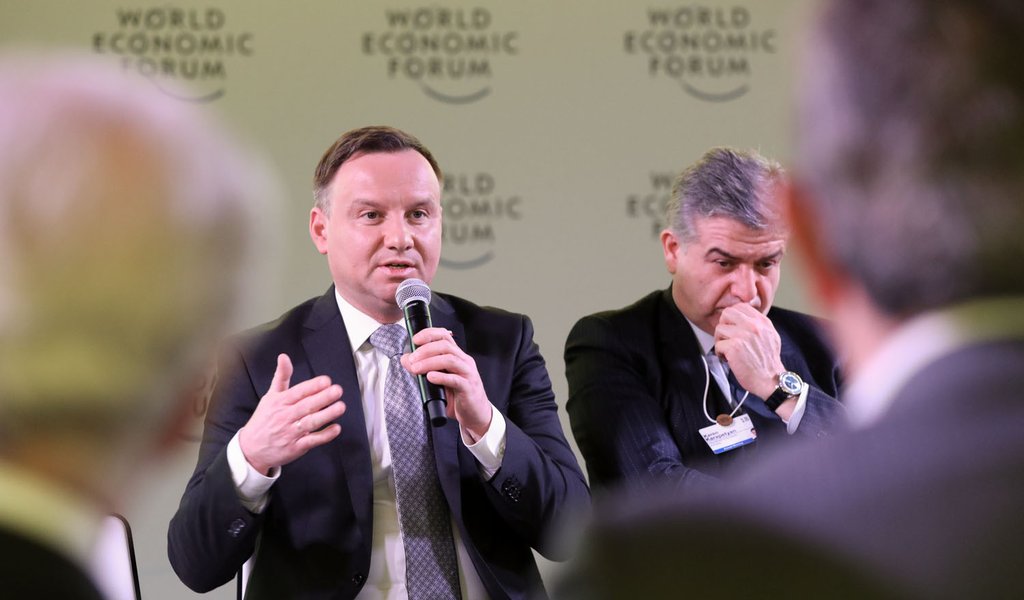 While in Davos, the Polish head of state will attend debates on Central Europe and the Middle East. He will also meet with Google CEO Sundar Pichai and the King of Jordan, among other people.

On Wednesday, President Duda will take part in a Governors Policy Meeting for Infrastructure and Urban Development and in an Informal Gathering of World Economic Leaders (IGWEL) regarding the Middle East. Later on Wednesday, the Polish head of state will hold a press conference for Polish media and hold talks with world business leaders.

In Davos, President Duda will meet with President of Serbia Aleksandar Vucic and with Abdullah II, the King Of Jordan.

On Friday, President Duda will address a "Central and Eastern Europe: A New Agenda for the Continent?" panel together with the presidents of Lithuania, Dalia Grybauskaite, and Ukraine, Petro Poroshenko. The floor will also be taken by EC Commissioner for European Neighbourhood Policy Johannes Hahn.

President Duda will be also a guest of honour of an event organised by Pekao SA Polish bank. He will also meet with Alpha Conde, the Chairperson of the African Union and the president of Guinea.

Prime Minister Morawiecki will meet with the US energy secretary, his counterparts from Norway, Denmark and the Netherlands, and global business leaders.

On Wednesday, PM Morawiecki will meet with US Secretary of Energy Rick Perry,

While in Davos, the Polish prime minister will attend IGWEL meetings headlined "Creating a Shared Future in a Fractured World" and "A Window of Opportunity for Europe".