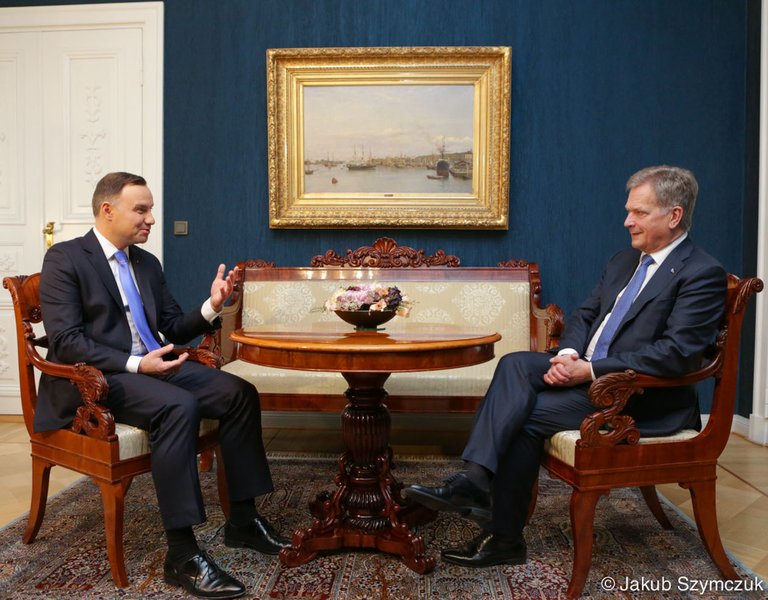 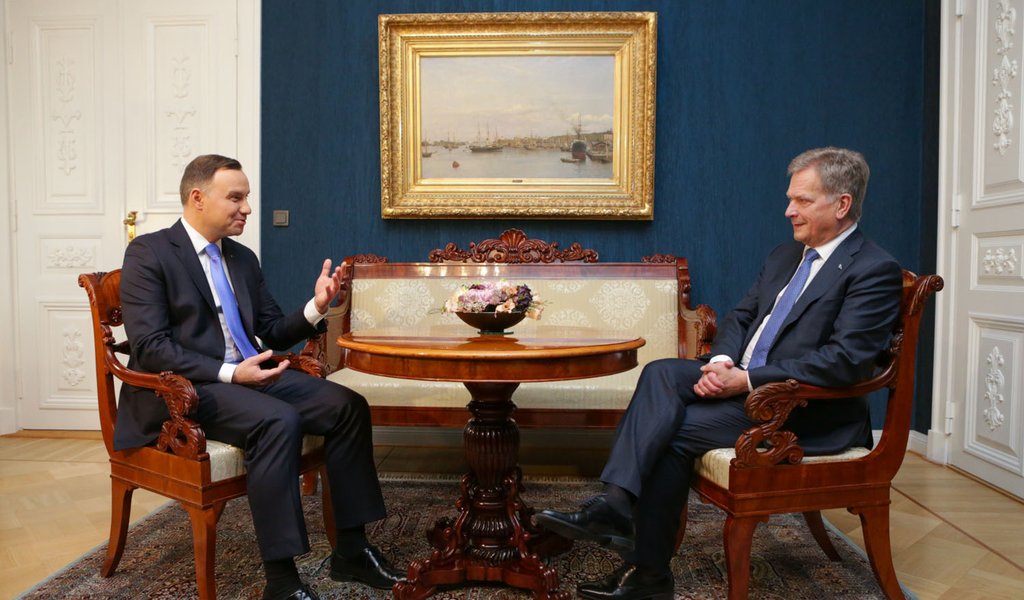 Poland and Finland have developed multiple ties and share many common interests, President Andrzej Duda said in Helsinki on Tuesday, adding, the topics of his talks with the Finland's president included security issues, Ukraine and policy towards Russia.

In this context, he expressed satisfaction with Finland having been a guest participant of July 2016's Warsaw NATO Summit. He also thanked the Finnish president for building a Helsinki-based centre for combating hybrid threats, "in which NATO participates, with Poland as one of the active members".

"I am pleased (...) that together with Mr President, we see eye to eye on the military security in our part of the world", President Duda added, pointing out that the two countries shared the views on potential military threats and the way they should be countered.

According to the Polish president, Tuesday talks with his Finnish counterpart also concerned the effects of the "great relocation of the Russian troops" after the recent Zapad-17 maneuvers in Belarus, the situation in Ukraine as well as the prospects of bringing peace to the territory occupied by Russia, including Crimea. "We discussed the policy of sanctions against Russia, but also the policy of dialogue with Russia", Andrzej Duda added.

"I can say that our views, our stances in this regard, are very close", Polish president stressed. As he assessed, establishing of a "common space of security in our part of Europe" was a major task "in addressing all emerging threats".

Speaking to PAP as Andrzej Duda arrived in Helsinki on Monday evening, his top aide Krzysztof Szczerski explained "Finland is renowned for its high-quality army, not just in terms of combat ability, but also technical possibilities".

Emphasising that "the Finnish army is very advanced", Krzysztof Szczerski said the presidents would hold "a conversation about shared concerns for the security of the Baltic region and our part of Europe".

The presidential official noted the two countries had common interests as both "are situated in a highly sensitive part of Europe and, by extension, the world", adding: "it is important that we maintain political dialogue at the highest level".

Krzysztof Szczerski pointed out that, although Finland did not belong to NATO, it remained an important partner for the alliance in the security arrangement in our part of the world.

The Polish president's visit has an additional, economic aspect, with the delegation featuring young high-tech entrepreneurs, who won the right to accompany Duda on one foreign mission at a recent competition for start-ups, held by the Presidential Palace.

Minister Szczerski noted Polish start-uppers would meet Finnish innovators at the Aalto university, dubbed "a sauna for start-ups", to establish "hopefully multiple and fruitful contacts" as well as exchanging ideas and experiences, "leading to joint endeavours in the future".

Finally, Andrzej Duda's stay in Helsinki will be rich in historical significance, with Finland celebrating the centenary of its independence this year, and Poland following suit in 2018.

In this connection, minister Szczerski underlined both countries owed their self-determining status to charismatic leaders, "(Carl Gustaf) Mannerheim and Marshall Pilsudski, the fathers of the independence of their respective nations, who were born in the same year".

The Polish presidential couple will lay wreaths at Mannerheim's grave and at the Cross of the Heroes.