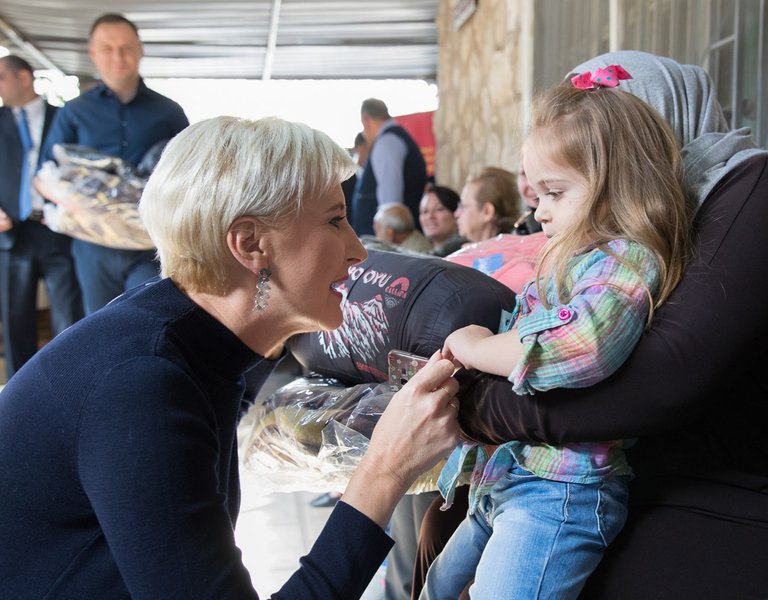 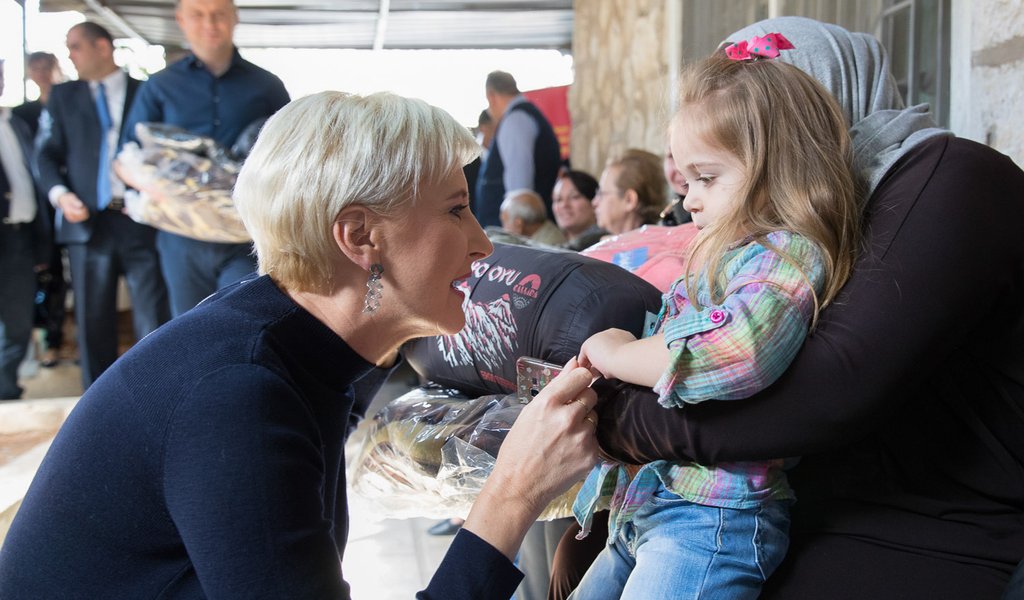 The Polish Presidential Couple, Andrzej Duda and Agata Kornhauser-Duda, at the seat of the Jordanian Caritas in Amman on Monday presented blankets and sleeping bags for refugees from Syria and Iraq staying in Jordan.

The gifts were handed over to a group of around 800 people: refugees from Iraq and Syria as well as poor Jordanians.

"Let me stress with great satisfaction that Poland has been offering assistance to refugees here in Jordan, and that the Polish government has financial means to finance this aid," Duda said, adding that refugees were one of the subjects of his talks with King Abdullah II of the Hashemite Kingdom of Jordan.

"We should be grateful to Jordan for its admittance of refugees, close to their homelands, to places where they used to live, so that they could return home immediately after military conflicts have ended," President Duda said, stressing that in this field the international community should offer assistance to Jordan.

The Polish presidential couple concluded their three-day visit to Jordan on Monday.