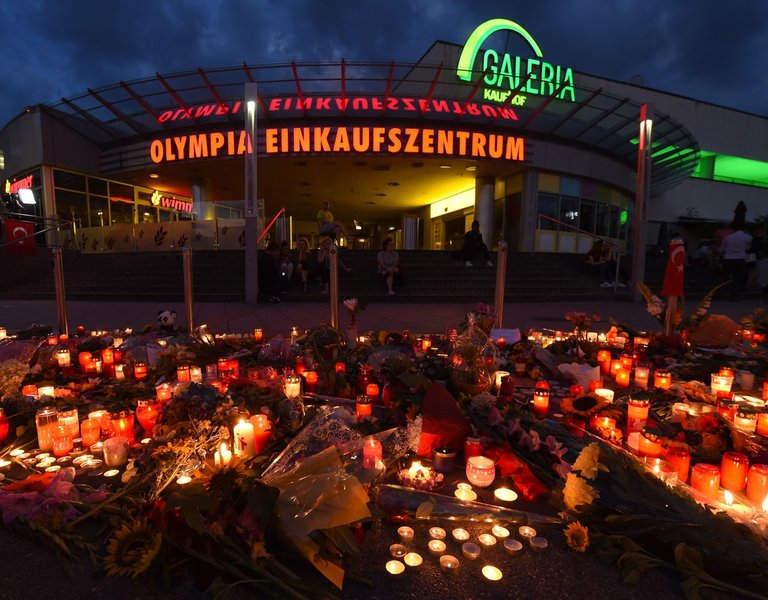 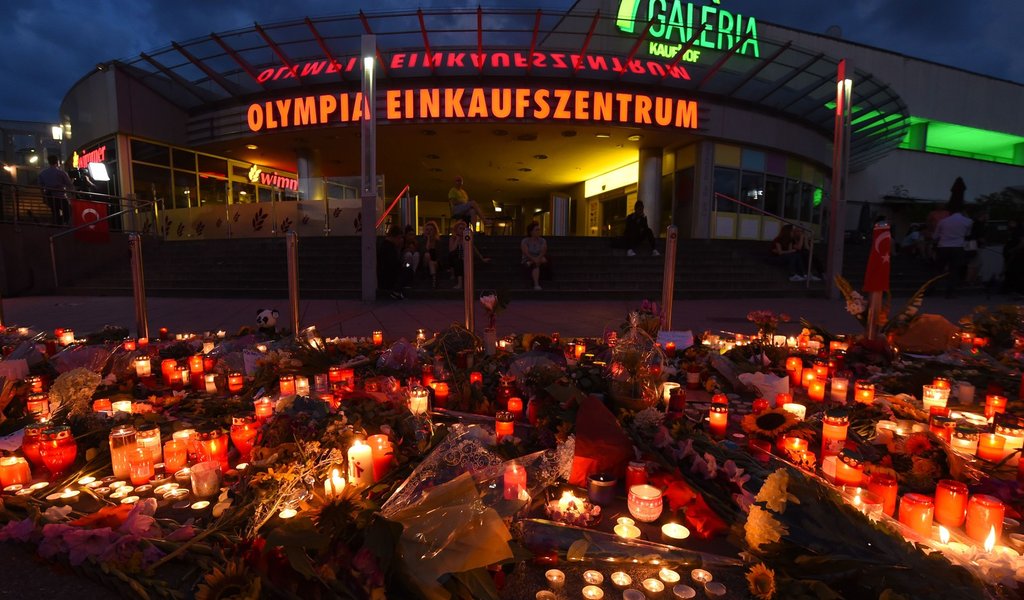 Politically correct even when talking about a tragedy

The whole of Germany has been affected by the July 22 attack in a shopping centre in Munich. Police and special services are receiving all-round praise, politicians are expressing belated condolences and reassuring citizens, psychologists and psychiatrists from all sides are analysing the attacker’s behaviour and actions.

In relation to the assailant, the media avoided such phrases as terror, terrorist, refugee, foreigner, Iranian, and a citizen of Iranian origin. Meanwhile, on Sunday, in the city of Reutlingen, a Syrian refugee killed a pregnant woman with a machete and injured two people.

The police have established the official version of the tragic events which unfolded on Friday evening. Born in Germany to an Iranian immigrant family, Ali David Sonboly, an 18-year old resident of Munich with dual citizenship, , shot nine people, wounded another 16 and eventually killed himself in front of a police officer. On the Friday evening at the Olympia shopping centre, the 18-year-old most likely started shooting people at a McDonald's, and then calmly proceeded to the shopping centre. He talked to locals from the roof of a parking lot. Then he once again began to shoot innocent people. An alarm was sounded immediately, the police and appropriate services blocked the entire city, residents were instructed to leave the streets and remain in their homes, even not to go out on their balconies.

Munich has around 1.4 million inhabitants, among them around 60,000 Poles. One of them is Justyna Luberda, a Polish student who interns in the marketing department of the German motor company BMW.

“The shopping centre where the shooting took place is where I do my shopping, because I live four kilometres away. Right after the attack a stampede broke out. A crowd, boom, panic, a lot of uniformed officers, firemen, police. It looked like reinforcements from all over Bavaria had been called in. Driving towards the highway, I passed dozens of police cars and cars of kripo, which are the undercover police, on their way to the scene,” the Polish woman recalls in an interview with Codzienna.

After just over ten minutes the city was paralyzed and was turned into an area of operational activities. Transport was halted, and Munich became a ghost town.

“On Saturday, everything was back to normal, people went out, were sitting in cafes, doing shopping, public transport had become operational again, but there was a lot of police everywhere. Some of my friends did not go to work,” adds Justyna Luberda.

Terrorism or an attack by a mentally ill person?

The German media and the majority of commentators stick to one version: the attack was perpetrated by a single person who was mentally unstable, and even treated in a psychiatric institution. Everyone points out that no Islamic motives have been found for the crime. Some media even tried to find a link between the young immigrant and the Norwegian terrorist Anders Breivik, who killed 77 people on 22 July 2011. But - at least for now - this version has also been denied by the police.

The experts invited by German TV stations now mainly talk about the attacker being mentally ill. Only very few people in Germany dare to raise uncomfortable questions. Internet community forums include such comments as: “Over 300 rounds of ammunition have been found in the attacker’s backpack. Is a mentally ill person capable of preparing an attack so thoroughly? The assailant used a semi-automatic Glock pistol (which costs over EUR 1,000 on the black market). Both he and his family lived off the Hartz IV social benefit. Where did he get the money to buy such an expensive weapon and large quantities of ammunition? Why did no German TV station report that, according to the CNN, the attacker shouted 'Allahu Akbar?'”

Evaluation of the German police’s activities

Everybody has praised the police officers, and politicians and commanders have received a lot of admiration for their professionalism. Within a few minutes, an action staged on a large and unprecedented scale was initiated in Bavaria. 2,300 officers blocked the city, and patrol helicopters immediately appeared in the sky. The special GSG9 unit and even the Austrian “Cobra” unit were quickly called in. The army and snipers were put on alert. The action was highly praised by citizens.

However, some traditional and social media platforms have started to ask inconvenient questions on this subject. How is it possible that for a long time, the police talked about three attackers, who were allegedly using long firearms to shoot people? Everybody knows that nervous witnesses testify different things, but, given the length of time, wasn’t it possible to determine a probable scenario of events sooner? Concerns in this area are even greater after information went public that, shortly after the attack and several hundred metres from the scene, the attacker shot himself, and he did it in front of a police officer. Why was this fact revealed only several hours later? The police conducted a large, exemplary action in search for the attackers, but who were they really looking for? In fact, it was a pursuit of a phantom, a non-existent assailant who had long been dead. Of course, the action of the police and the services made a good impression, but - as emphasized by more courageous commentators - this should rather be assessed at the level of a well-conducted exercise than a real threat (although that was possible). Videos published on the Internet showed the attacker, standing on the roof of the parking lot, talking with residents of a nearby block. According to the Merkur daily, one of them, standing on his balcony and trying to do something, threw a bottle at the attacker. This begs the question: where was the police at that time, why not on the scene, why were they blocking off the entire city instead?

On Friday night, during the police operation in Munich, the German TV station ZDF broadcast a programme about the alleged violations of democracy in Poland by its current government. Krzysztof Mieszkowski from the Nowoczesna political party and Małgorzata Lech-Kraw­czyk from KOD movement [the Committee for the Defence of Democracy, a Polish civic organization] were among those who appeared on the German programme. In this tragic moment for Germany, the German public broadcaster found it appropriate to deal with the internal affairs of a neighbouring country, showing them from the perspective of the Polish opposition side.

In Hamburg, Codzienna talked about the outrageous behaviour of the ZDF with representatives of the Polish community in Germany, who have already announced that they will file a complaint on this matter. "We are currently analysing the situation that occurred from a legal point of view and we will take action within the coming hours,” Anna Halves from the Hamburg section of the Gazeta Polska Club, Hamburg-Stadt told us.