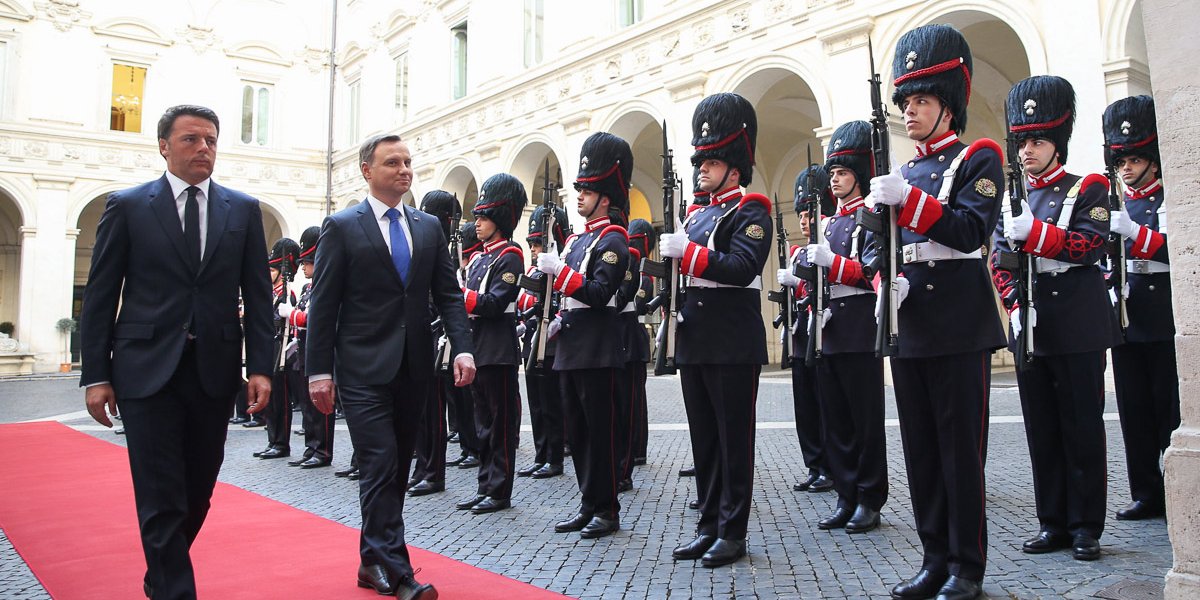 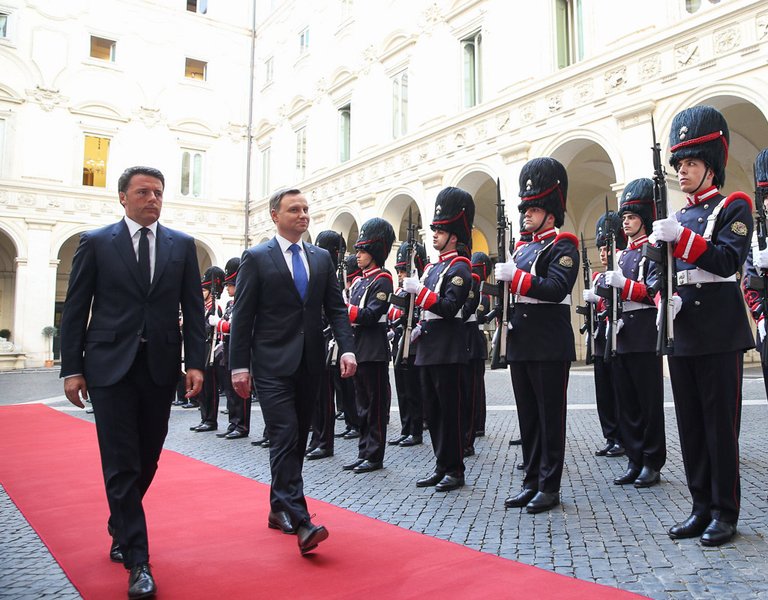 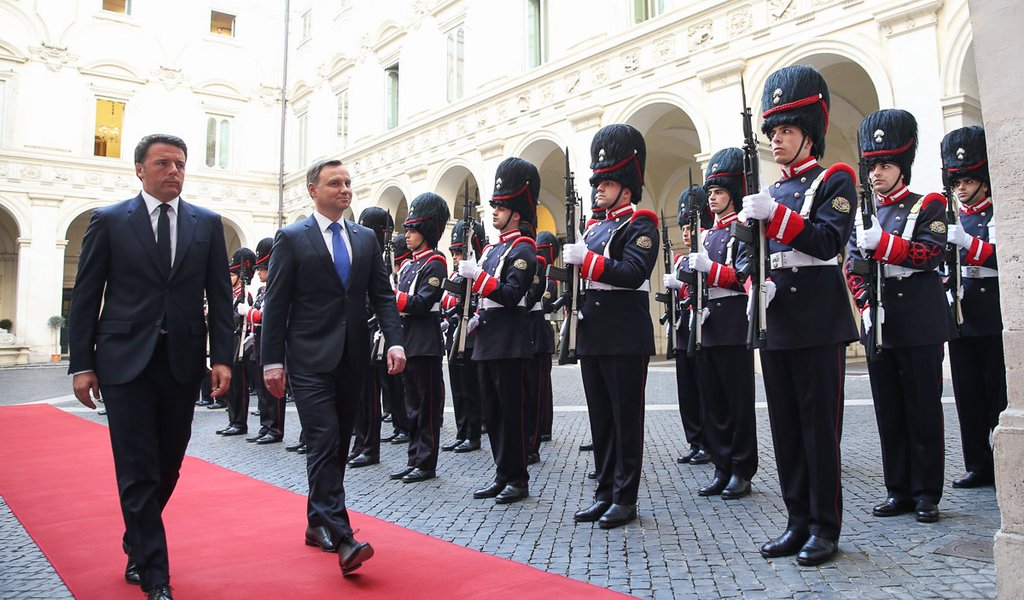 President Andrzej Duda said that during his meeting with Italian Prime Minister Matteo Renzi it was agreed that the migration crisis needed to be tackled at its source.

Italian Prime Minister Matteo Renzi admitted that the two countries have different opinions on certain issues however he assured that he was interested in further talks and close co-operation.

“The Prime Minister and I agreed that solving the migration crisis will involve tackling its source (…), in places that we currently have difficult situations, conflict, crises, from where people are escaping, fleeing their homes scared for their lives and for their future and that of their children. This all leads to migration waves,” the President said after his Monday meeting in Rome.

He added that if we want to decrease or even if eliminate migration waves to Europe then one needs to eliminate the source of the problem.

The President stressed that the Prime Minister and himself share the opinion that every initiative that seeks to tackle the issue at its roots is surely worthy of discussion, including the Italian initiative focused on long-term policies in Africa.

“The problem is also in Libya and this is something that needs to be considered. When it comes to the issue of the format of how this should be realized, discussions should take place in an international forum. A stable government needs to be formed, one that regains control of the country in order for peace to be restored. This will lead to a smaller migration flow to Europe and, above all, will give people peace and security,” Andrzej Duda said.

President: NATO Summit needs to have a comprehensive agenda

The Polish President also said that a topic of discussion during his meeting with the Italian Prime Minister was the July NATO Summit in Warsaw. “As the host of the summit I said that we want for it to have a comprehensive agenda, not concentrating exclusively on the problems of Central-Eastern Europe (…) but also dealing with security issues in Southern Europe, because in these times this area also requires NATO’s focus and efforts,” the President said.

Duda said that he also discussed military co-operation with Renzi. “In the near future, young military pilot cadets in the training centre in Deblin will fly Italian “Master” training planes,” the President said. He went on to say that Poland would continue to modernize its army. “We will make various types of military armament purchases. I hope for fruitful co-operation with Italy, a co-operation that will be beneficial to both Italy and Poland,” the President added.

He said that during his meeting with the Italian Prime Minister, both sides announced “good relations, exchange of information and direct co-operation”. “We agreed that we would be in close contact, that this contact would be open and direct between us and our colleagues; that we would discuss all difficult issues, so that dialogue is made easier,” Duda said.

The President pointed out that both Renzi and himself are “absolute supporters of European unity and solidarity”. “We know that this can only be achieved through dialogue and wide-ranging discussions, only then will these ties be strong. Even when there are doubts and conflicting opinions, it is often a matter of dialogue and negotiation that needs to take place,” the President added.

The Italian Prime Minister said that talks with the Polish President also touched on energy-related issues, defence as well as a long-term strategy for Africa as a response to the migration crisis.

Renzi admitted that there are issues where Italy and Poland do not see eye to eye, but he assured his willingness to pursue further talks and close co-operation.

Speaking about the July NATO Summit, Renzi stressed that it is a highly anticipated event “of great significance”. He said that Euro-Atlantic solidarity is of key importance. The Italian Prime Minister said that he understands Poland’s interest in certain “hot issues” regarding the future of the NATO Alliance.

Prime Minister Renzi said that he talked to President Duda about a package proposed by his government regarding long-term policies towards Africa, also within the context of the migration crisis.  Renzi thanked Duda for his support in the area of creating long and medium-term strategies for the continent.

He said that Italy had prepared a strategic document on this issue, called Migration Compact. “We were very happy to receive President Duda’s positive opinion on this document,” Renzi said.