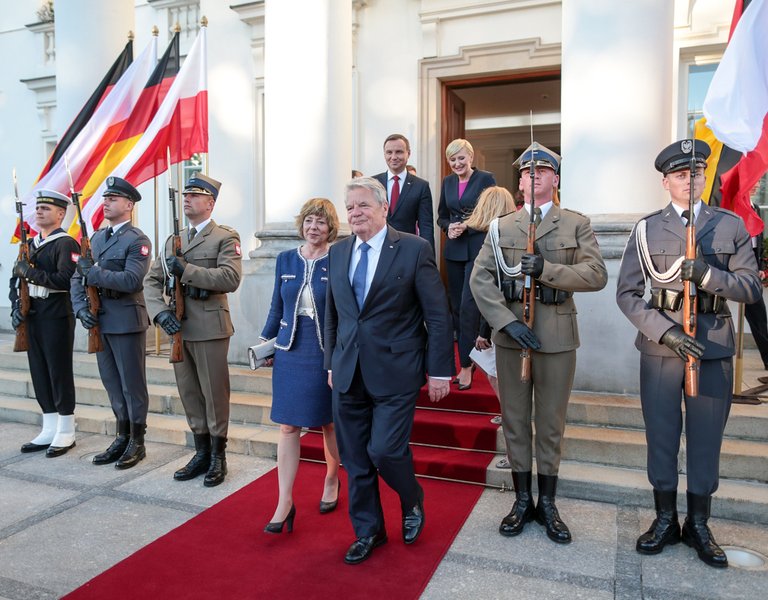 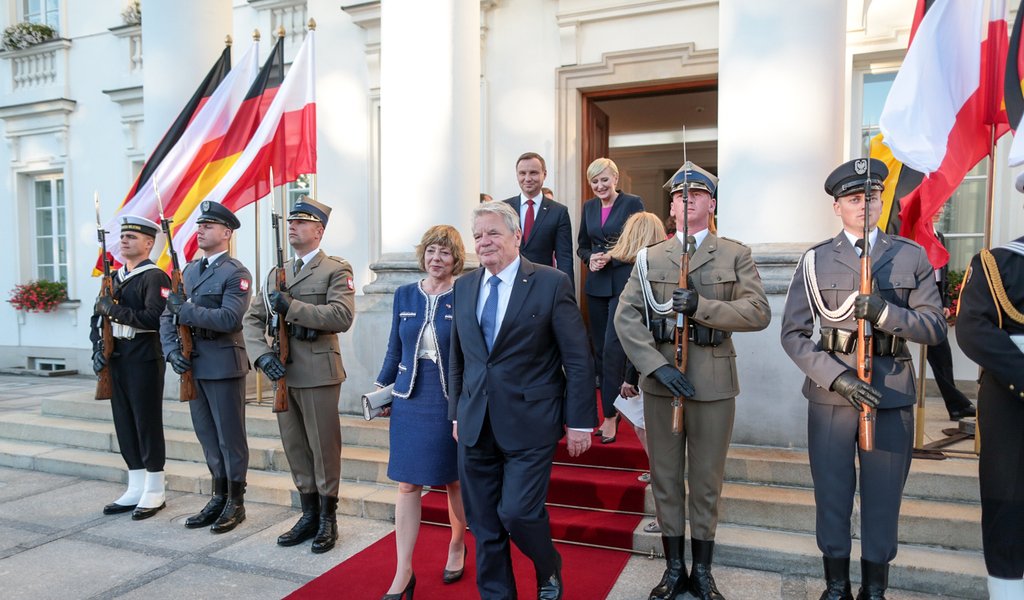 President Duda: Reflection on Europe’s past can help its future

To ensure a prosperous future for Europe it is necessary to reflect on all those factors that have shaped the continent over the centuries, Polish President Andrzej Duda said in Warsaw on Friday.

He was speaking at the opening of a series of conferences focusing on leadership that he attended together with his German counterpart Joachim Gauck on a one-day visit to Warsaw on Friday.

It is not possible to think of the foundations of Europe without taking into account the achievements of Christian civilization, said Andrzej Duda.

The Polish president also said in his speech that predicting the future was never as difficult and risky as it is now. He argued that the past must become a starting point for discussion about the future. The question of the future of Europe is the question of its identity, said Duda, and that’s why thinking about the future of the continent, we cannot forget all those factors that have shaped Europe throughout its history.

A standout feature of Europe is its diversity, according to Duda. "Europe as a cultural phenomenon is nothing other than the sum of the experiences and achievements of European nations," he said.

The assumption underlying the European Union is that diversity does not have to be a hotbed of constant conflict, that it can be a positive value, he added.

It is impossible to think about the foundations of Europe without taking into account the achievements of Christian civilization, the Polish president went on. "There are reasons to believe that the structure on which European civilization stands is the most stable when, next to the two pillars in the form of Greek philosophy and Roman law, there is also a strong third pillar: the core canon of Christian ethics and the presence of religious discourse in the public space," Duda said.

"Taking into account the key factors behind the success that the process of European integration has enjoyed so far, I am increasingly prompted to side with the view that without renewed, in-depth reflection on all these factors, the Europe of the 21st century cannot be the Europe of the dreams of all those generations that were engaged in building its permanent unity. Let us therefore go back to our roots, to the proven ideas and methods of action thanks to which Europe developed the most intensively," Duda continued.

Germany's Gauck said that closer cooperation between countries does not mean that nations and cultures should give up their identity. When we are rooted in our identity, integration is not a threat but something that enriches us, he said.

The foundations on which Europe rests are strong and the European Union is built on solid ground, the German president said. He added that Europeans have collectively laid these foundations and that Poland was one of the builders.

Speaking about the origins of European integration, Gauck said that it was a product of the Enlightenment tradition. He added that the peaceful idea of European integration, which lay at the core of the European Union, was shaped during the two world wars and arose out of a spirit of resistance to terror and totalitarianism and out of a desire to embrace freedom, democracy and the rule of law.

Among the pioneers of European integration, Gauck listed 19th-century Polish uprising fighters and the country’s resistance movement during World War II. The concepts of a common European post-war order appeared almost simultaneously in various parts of German-occupied Europe at the time, among various resistance groups in Central and Western Europe, Gauck said.

Poles spilled a lot of blood, contributing to the eventual emergence of a free, united and peaceful Europe decades later, the German leader said. He added that Germans must be grateful to the Poles, because Polish clergy and intellectuals "constantly appealed for building a common future for Poles and Germans in a united Europe."

Concluding his speech, Gauck said that Europe was based on the idea of unity in freedom and diversity - the kind of unity in which the common European heritage and national identity are not seen as mutually exclusive.