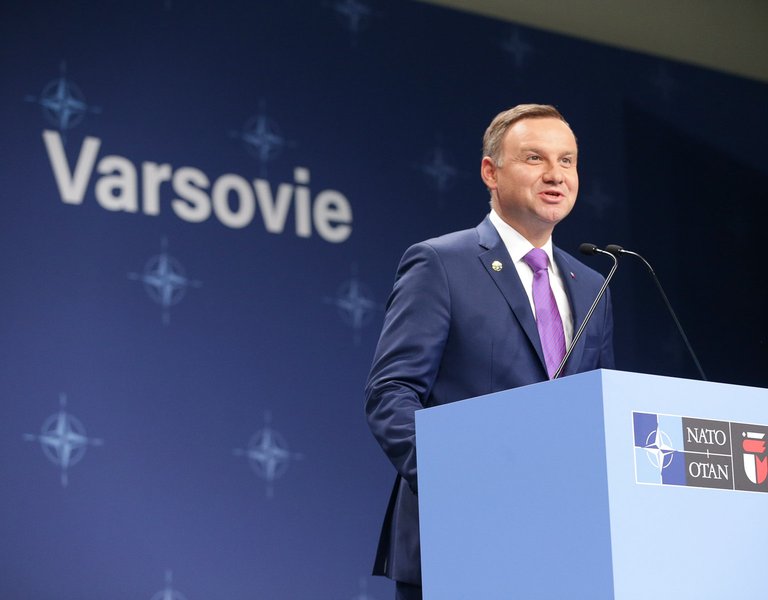 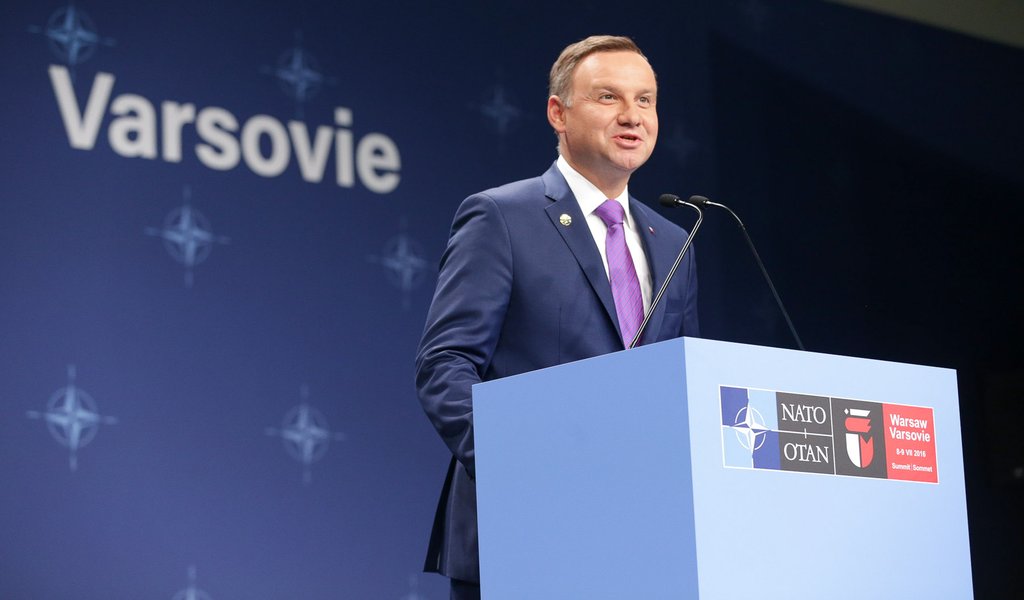 NATO and Poland achieved success at the NATO Summit in Warsaw; its outcomes benefit both Poland as well as NATO, President Andrzej Duda said on Saturday. For Poland, he stressed, this mainly meant the strengthening of the presence of NATO forces on Polish territory.

He said that the participants of the meeting lead “long discussions but eventually created outcomes that benefit both the Alliance and Poland”. Duda expressed his satisfaction with the fact that he and his colleagues - Minister in the Presidential Chancellery Krzysztof Szczerski and the head of the National Security Bureau Pawel Soloch – managed to achieve the objectives that had been set out before the summit.

In his opinion, the summit concluded on Saturday signifies a “real response” to the changing security environment in Europe and adapts NATO’s efforts to these changes. “ “For us directly, for us Poles, for Poland, this above all means the strengthening of the presence of NATO Alliance forces on our territory,” the president said.

He added that in line with the agreements made at the summit, Poland will have a “real Alliance force” on its territory, which will be ready to defend Polish territory at any given moment, should such a threat materialize. He said that from Poland’s perspective this is a “real gain” that has been achieved as a result of the summit.

The president stated that during the summit, declarations were made about the presence of Alliance forces in Poland. He reminded that Great Britain has committed to sending 150 soldiers to Poland; the president of Romania also confirmed the sending of troops.

Duda: NATO Summit in Warsaw showed unity, cohesion and solidarity of the Alliance

“I am very thankful for these declarations. Alliance troops are already forming so that the agreements made at the summit can be implemented next year, in the form of an extended presence of the Alliance in the Baltic States and Poland,” President Duda said.

Duda stressed that the NATO Summit in Warsaw simultaneously demonstrated the unity, cohesion and the solidarity of the Alliance. “ The summit produced some very important decisions, some even say that these decisions have historical significance,” the president said.

He added that it was planned from the start that the summit should be comprehensive in scope. “We discussed all issues relating to the North Atlantic Alliance which guarantee our security,” Duda said. He said that agreements made at the summit concerned not only NATO member states but also the situation on “the southern borders of the Alliance”. He added that talks during the summit also covered Ukraine and NATO support for the country.

“Decisions were made on all of these issues and this is something that gives great satisfaction to me and to all leaders of state and government who participated in the summit,” the president said.

The president thanked all leaders who came to Warsaw; in particular, he expressed his gratitude to NATO Secretary General Jens Stoltenberg and his colleagues.

Duda: the summit was a success on all accounts

President Duda said that in his opinion the summit was a success on all accounts. He said that he received many congratulatory remarks from leaders regarding the organization and the running of the summit. The president thanked everyone involved in preparing and organizing the summit; he also thanked Varsovians for their patience and understanding connected to any inconvenience caused by the summit.

According to the president, Poland and its capital presented itself “in a very dignified manner” during the summit: as a nation that is able to organize a “great international event, ensure security, effective communication” as well as “very modern and aesthetic working conditions”.

On Friday, the leaders of NATO member states agreed to strengthen NATO’s Eastern Flank through the deployment of four battalions consisting of around 1,000 soldiers in Poland and the Baltic States. Also confirmed at the summit was the strengthening of the military presence in the south-eastern part of the Alliance and the preliminary operational readiness of the anti-missile defence shield was announced. Cyberspace was also declared as a new sphere of operations for the Alliance.

On Saturday, NATO confirmed its support for Ukraine, its sovereignty and territorial integrity. It was also decided that the Alliance would make early warning and control (AWACS) planes available to the coalition fighting the so-called Islamic State. It will also activate a new mission in the Mediterranean.