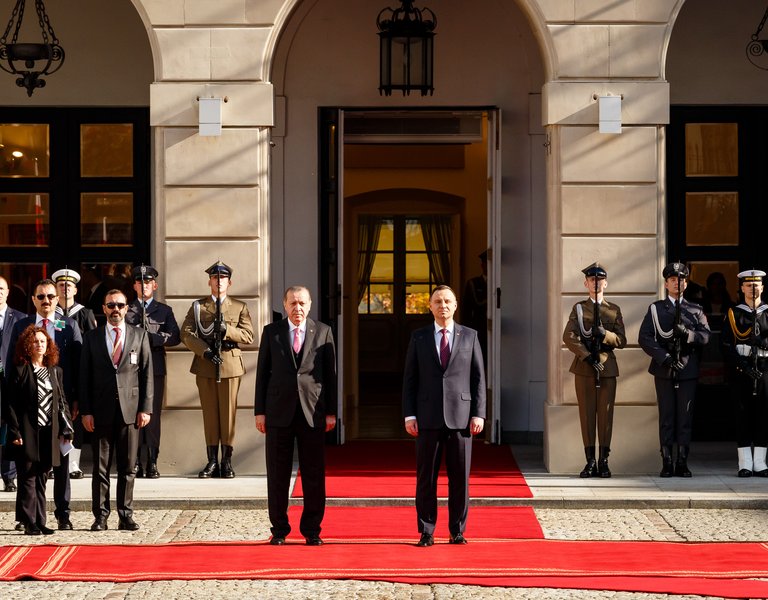 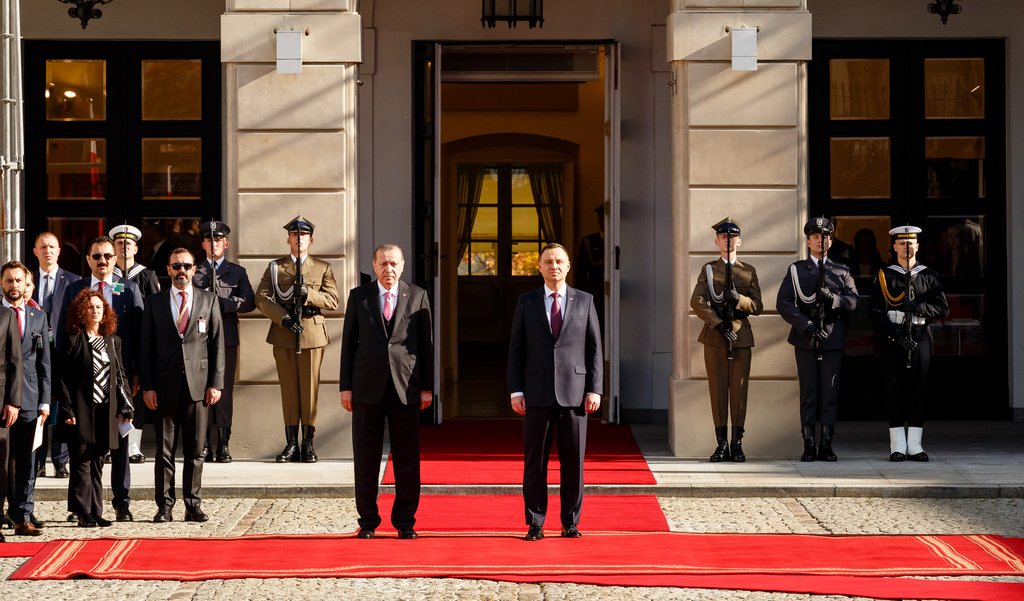 "Poland has continued to support Turkey's efforts to join the European Union, as Turkey has had these aspirations for many years. I also talked very honestly with Mr President (Erdogan - PAP) about this issue", Andrzej Duda said.

Andrzej Duda added that he had also spoke with Erdogan about Turkey's internal situation "after the tragic, dramatic events, after the attempted coup that took place in Turkey last year".

"It was a very honest talk, a long talk with Mr President. I keep on stressing that I hope Turkey's and the EU's paths continue to lead in the same direction and that the membership, Turkey's full membership of the EU, will be the ultimate result of this common direction", president Duda said.

"The president told me that the number of refugees in Turkey is estimated at approximately 3.5 million. Some of them live in refugee camps and it is the Turkish state that bears the cost of their stay there", President Duda went on to say.

According to Andrzej Duda, the EU should meet its obligations towards Turkey in this respect. "I hope they are be fulfilled since it is an extremely important issue for Europe, for the European Union, and for Poland", he emphasised.

"I told the president that Turkey's support of NATO policy and strengthening its eastern flank was very important to me", President Duda said.

"We agreed that Ukraine should be an absolutely fundamental goal for NATO and the EU. Ukraine ought to regain its territorial integrity, with the Russian aggression end with Ukraine finally restoring control over its borders, in accordance with international agreements and laws", the Polish President declared.

President Duda stressed that both Poland and Turkey had competitive advantages which could double bilateral trade when launched.

The Polish head of state added that the structure and volume of the Polish-Turkish trade were balanced, which - in his opinion - testified to awareness of each other's markets.

"We are interested in a significant increase in Turkish investments in Poland", President Duda declared.

He underlined that Poland wanted the well-affiliated Turkish business investing in Asia to choose Polish partners.

"The energy sector is of key importance for Poland", he said, adding that Central Asian countries planned to develop their conventional energy sector, while Polish companies had (...) broad experience in revitalising, designing and building new coal and gas energy blocs as well as possesed vast expertise in the field of renewable energy sources.