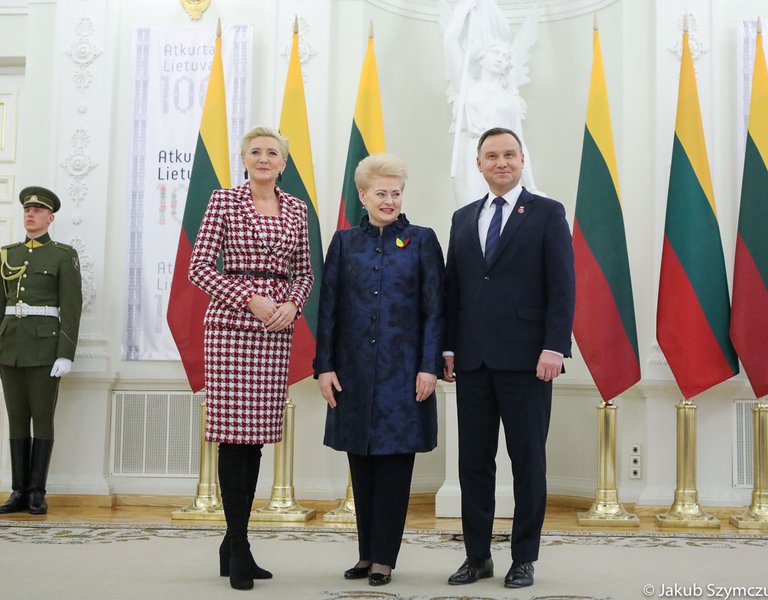 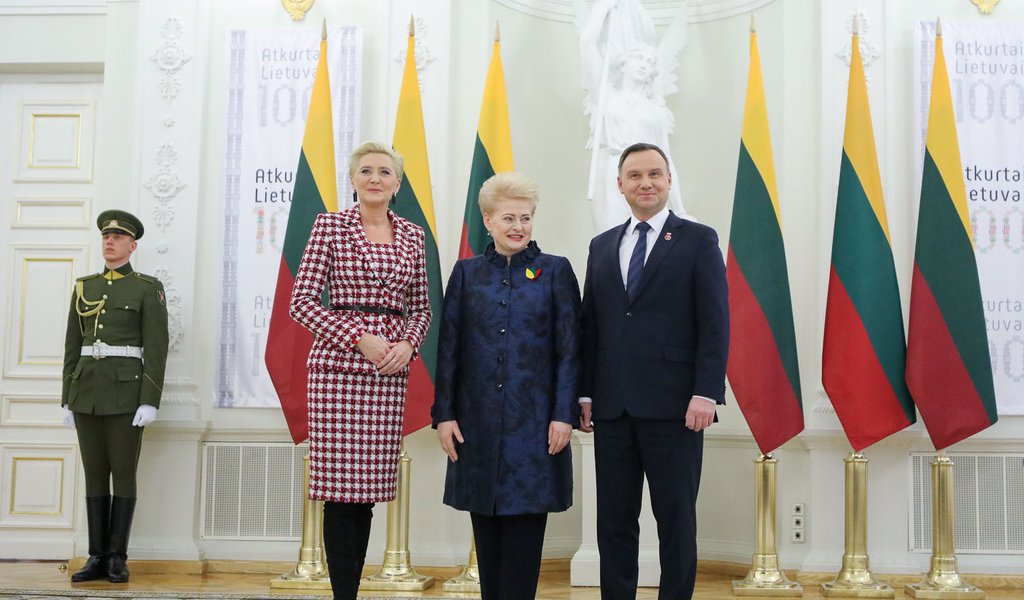 President Duda started a three-day visit to Lithuania on Thursday afternoon. The Polish Presidential Couple was welcomed by the Lithuanian President Dalia Grybauskaite.

The observances of the 100th anniversary of Lithuania's independence, in Vilnius, began on Friday morning and will last throughout the day. Their culmination took place at 12:30 pm, at the exact time of the signing of the Independence Act in 1918.

At noon, a flag-raising ceremony of the three Baltic states was be held in front of the presidential office, attended by the Presidents of Poland, Latvia, Estonia, Germany, Georgia, Ukraine and Iceland. The event was followed by President Grybauskaite's address.

Later, the Polish President and his wife took part a Holy Mass celebrated in the Vilnius cathedral.

In the evening, Andrzej Duda and Agata Kornhauser-Duda will attend a concert at the National Opera and Ballet Theatre. At the centenary celebrations, the Polish head of state will also meet German President Frank-Walter Steinmeier. Among other leaders in attendance are Latvian President Raimonds Vejonis, Estonia's head of state Kersti Kaljulaid, Iceland's President Gudni Johannesson, Ukraine's head of state Petro Poroshenko, Georgian President Giorgi Margvelashvili, as well as Donald Tusk and Jean Claude-Juncker, who are in charge of the European Council and the European Commission, respectively. There were also representatives of royal families from Sweden and Denmark.

On February 16, 1918, the Council of Lithuania (Taryba), under the leadership of Jonas Basanavicius, signed the act announcing the independence of the country. Twenty signatories signed it, including Stanislaw Narutowicz, brother of the first president of independent Poland, Gabriel Narutowicz.

At the time of signing the Act, Lithuania was under German occupation, which is why the document did not mean the establishment of a Lithuanian state, but only expressed the will of the nation to create it.

Lithuania's real independence began a few months later, with the end of the First World War I. In November 1918, Augustinas Voldemaras formed the first Lithuanian government. In April 1919, Antanas Smetona became the first president of Lithuania.