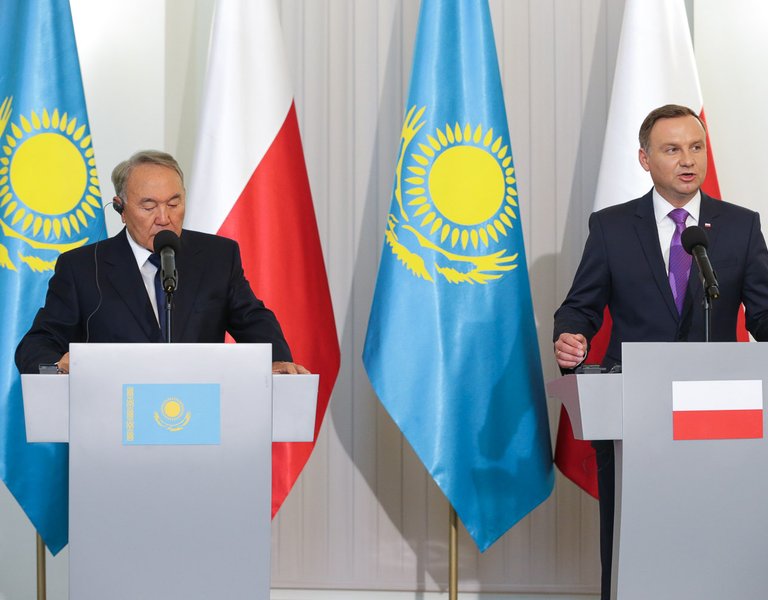 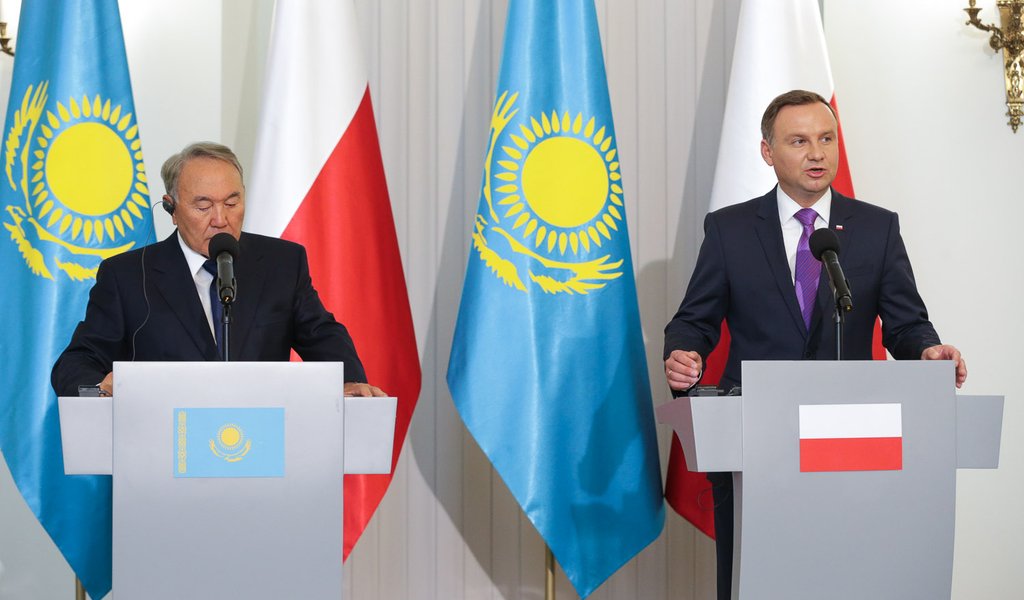 Presidents Duda and Nazarbayev for development of economic relations

Polish President Andrzej Duda on Monday at a joint press conference with Kazakh President Nursultan Nazarbayev expressed hopes for the development of economic relations between the two countries.

"I would like our relations as well as our joint declaration on economic cooperation to translate into real-term development of business contacts", President Duda told reporters.

President Nazarbayev's visit, which began on Monday, is already bringing results, according to the Polish president, as shown by the signing of three intergovernmental agreements: on readmission of persons, on cooperation in agriculture, and on cooperation between Poland's Bank Gospodarstwa Krajowego and the Development Bank of Kazakhstan.

"These are important elements on the road to intensifying economic cooperation", President Duda remarked.

The two presidents talked about the prospects for such cooperation, which "are looking very good", according to Andrzej Duda.

"Kazakhstan is implementing its infrastructure development plans. Poland already has the capacity to work with Kazakhstan in transport infrastructure, as we have two terminals from which wide-gauge railways run eastwards towards Central Asia, which means the possibility of a connection also with Kazakhstan", the Polish president pointed out.

He added that he would like to see increased imports of Polish goods to Kazakhstan and for Polish companies to have a presence there through investment activity and new technology development.

Regular flights between the two countries were another topic of the talks, according to Andrzej Duda, who said he hoped that the flights would be in place ahead of Expo 2017 in Astana.

Calling President Nazarbayev's visit "extremely important and significant", President Duda pointed out that the previous official meeting of the two countries' heads of state had taken place in 2007.

President Nazarbayev announced that Kazakhstan was abolishing visas for Organisation for Economic Cooperation and Development (OECD) member states, including Poland.

The two heads of state discussed a "wide spectrum" of bilateral issues and current matters of international politics, including the situation in Ukraine and the Middle East as well as possibilities of expanding cooperation between the Eurasian Economic Union and the European Union, Kazakhstan's president also told reporters.

Poland is one of Kazakhstan's most important political and economic partners in the EU, President Nazarbayev continued, adding that he and President Duda had agreed to work on developing and intensifying economic relations between the two countries.

There are good conditions for cooperation between Poland and Kazakhstan in machine building, agriculture, energy, chemical industry and construction, according to Nazarbayev.

The declaration on economic cooperation signed by the two presidents underlines the importance of developing economic relations to "strengthen the partnership between Central Asia and Eastern Europe". The declaration speaks of increased trade volume, development of cooperation in energy, including alternative energy sources, in science, technology and innovation, in space research, banking, finance, taxes, transport, infrastructure, telecommunications and information.

In the document, the two countries confirm their readiness to ensure environmental safety and agree to strengthen their cooperation in agriculture and tourism and to support contacts involving education.