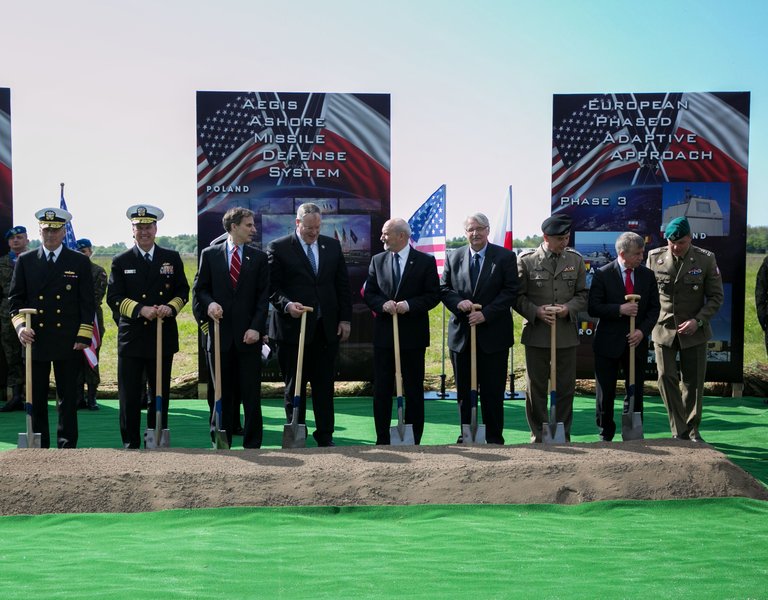 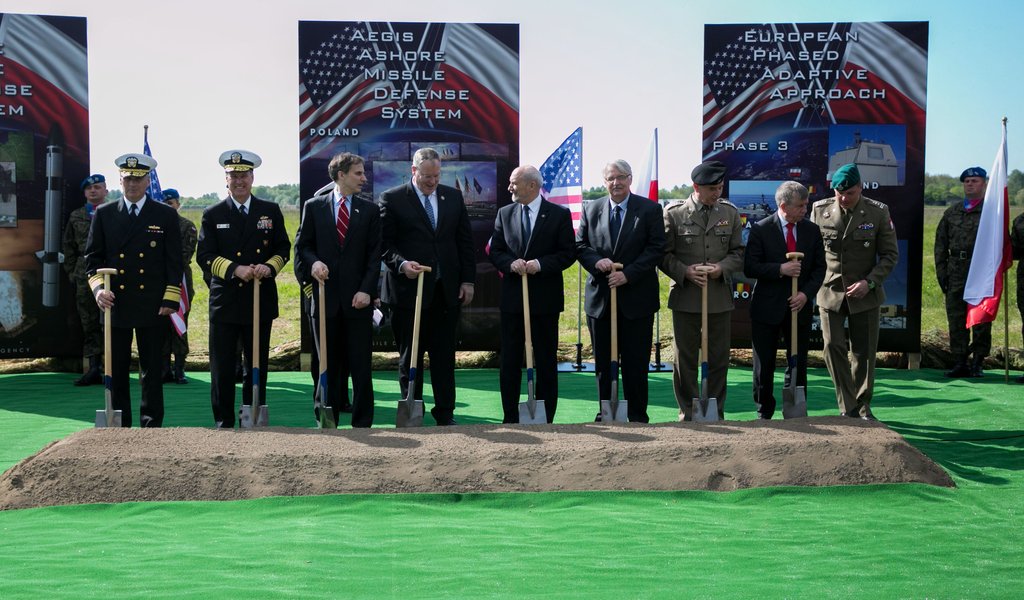 The base in Redzikowo will “significantly change Poland’s security status”, said Polish Foreign Minister Witold Waszczykowski. In an interview with PAP he said that “the whole anti-missile shield initiative is not directed against Russia”.

The Polish Foreign Minister was one of the attendees at Friday’s official inauguration marking the start of the building of the interceptor-missile base in Redzikowo. The base will be part of the American anti-missile defence system and is designed to defend U.S. and NATO Alliance troops against ballistic missiles fired from the Middle East. On Thursday a similar base was officially inaugurated in Romania.

Minister Waszczykowski, who was Deputy Foreign Minister in 2005-2008 and during this time was the head negotiator in talks to build an anti-missile base in Poland, told PAP on Friday that upon its activation the Redzikowo base will “significantly change Poland’s security status”.

“For years, Poland has been pushing for such a status change as, despite our accession to NATO in 1999, there were practically no significant Alliance – or for that matter American – defence installations on Polish territory. As a result, for years Poland was a second tier member of the Alliance,” Minister Waszczykowski said. 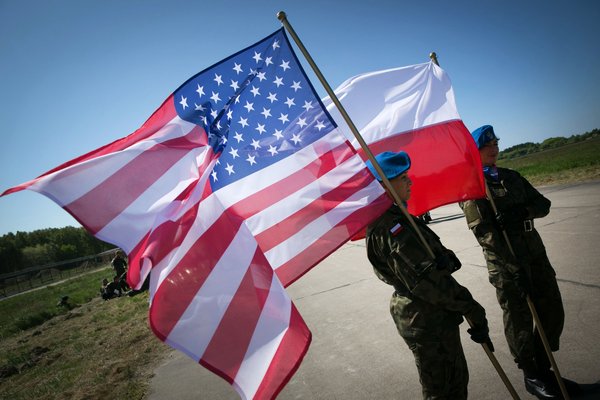 The Russian leadership voiced its strong criticism regarding the activation of the Romanian part of the American anti-missile shield on Thursday, saying that it is a “direct threat” to Russia’s security and warned that it would strengthen its military capabilities.  Asked to comment on Russia’s position, Minister Waszczykowski said that “of course the entire anti-missile shield initiative is not directed at Russia”. “The anti-missile shield is a defence system against attacks emanating from the Middle East,” he said.

“The locations of the two bases – in Romania and the one being built in Poland – are such that it would be practically impossible to intercept Russian missiles fired in the direction of the United States. This is why this Russian criticism is unfounded,” Minister Waszczykowski told PAP.

“From a political point of you, the philosophy needs to be reversed: Russia is against these bases exactly because it wants Central-Eastern Europe, that is the part that became part of NATO in 1999, to be part of an unspecified area of security, a grey area that does not host a NATO military presence or defence installations. That is why Russia would maintain this area as a buffer zone, in which it could it play out various political games,” the Minister said.

He added that in this context, the presence of American troops – and NATO troops in the not too distant future – “cancels out these Russian ambitions to maintain the indefinite status of the region, even if this is brought about through the presence of a small brigade or battalion”.

The Polish Foreign Minister said that “the increasingly aggressive behaviour of Russia” calls for reflection and a realization that “one needs to abandon the unfounded belief that one can solve international problems together with Russia”. Instead, Minister Waszczykowski said, one needs to return to “a strategic, geopolitical way of thinking, involving traditional methods to defend the territory of member states through a military presence”.

“This presence will send a message, it will be a symbol of our determination to defend and I hope that we will not have to defend, that this presence will be sufficient in itself to deter conflicts, incidents targeted against our part of Europe,” the Minister said.

He stressed that he was the one who, in July 2008, negotiated the deployment of the anti-missile infrastructure in Poland. “I feel a personal satisfaction, that after years involving various detours, obstacles and even efforts to sabotage an agreement, we are able to secure an American presence (in Poland), a presence in the form of a base containing an anti-missile shield. Finally, this process will be successfully completed,” he said.

Minister Waszczykowski reminded that the decision regarding the building of an anti-missile shield in Poland was initially stalled by the Americans. “I am pleased that President (Barack) Obama decided towards the end of his second term to realise this plan after all. If it comes to fruition and if the NATO Summit in Warsaw this July produces a positive decision regarding the deployment of Alliance troops, then President Obama will go down in Polish history as a hero and perhaps he will join Ronald Reagan in having a statue in Warsaw built in his honour,” the Foreign Minister told PAP.

Speaking at the ceremony in Redzikowo, President Andrzej Duda noted that it was an important day. “This is a day that marks the start of the next stage of the strengthening of Europe’s security and thereby also that of the whole free world, including Poland,” he said.

“These will not be missiles targeted at anyone; no, they will be aimed at providing security. That is their principal aim and that is the principal aim of this investment. They are meant to protect the skies over Europe from whatever form of rocket attack, should someone want to threaten us this way,” the President said. He stressed that from an economic perspective it would be the residents of Redzikowo who would gain the most, however from a security perspective the development would benefit all Poles.

“The NATO anti-missile defence system is a defensive system which fully abides with arms control agreements and is not targeted at Russia, nor will it be able to decrease the strategic deterrence capability of this country,” Robert Work, the U.S. Deputy Secretary of Defence, said at the ceremony.

“It is aimed exclusively at protecting members of the NATO Alliance, including Poland, from the threat of ballistic missiles outside the Euro-Atlantic area, especially from Iran.  So long as Iran continues to develop and deploy ballistic missiles, the United States will work with its allies and partners to protect them from danger,” he said.

“This is a really important day for Poland, NATO and Europe – it is an important day for peace in Europe and the world,” Minister of Defence Antoni Macierewicz said in Redzikowo. He said that the anti-missile defence installation is designed to increase the security of Poland and its allies – and not to pursue aggressive activities. “The main motivation, reason and aim of our efforts was defence, it was to increase the security of Poland and that of our allies,” the Defence Minister said.

“I have to say that in particular I want to thank Minister Waszczykowski, who lead these negotiations for many months,” President Lech Kaczynski said in 2008 during the ceremony marking the signing of the Polish-American agreement regarding the deployment of the anti-missile shield infrastructure in Poland. During Friday’s ceremony in Redzikowo, also President Andrzej Duda thanked Minister Waszczykowski for leading eight years ago the negotiations to deploy the anti-missile defence system on Polish territory.

In August 2008, a Polish-American agreement regarding the anti-missile shield was signed in Warsaw in the presence of President Lech Kaczynski, Prime Minister Donald Tusk, Foreign Minister Radosław Sikorski and U.S. Secretary of State Condoleezza Rice. In July 2010, an annex was added to the agreement, as the U.S. position towards the base had changed.

Situated in Redzikowo the interceptor-missile base containing an American anti-missile defence system is designed to defend U.S. and Allied troops from ballistic missiles fired from the Middle East. It will contain rocket interceptor missiles and a radar tracking targets and incoming fire. The base is due to be completed in 2018.

The Redzikowo base is due to store and fire SM-S Block IIA rockets. The battery containing the land version of the same missiles (Aegis Asdhore) has been installed in Deveselu in Romania: its operational readiness was officially announced on Thursday. Also part of the anti-missile defence system are four Aegis-system ships based in Spain armed with the sea-version of SM-3 missiles as well as a radar in Turkey used to detect and track ballistic missiles. The individual elements are connected to the system of command and control at the U.S, base in Ramstein, Germany. The building of the Redzikowo base is the latest stage of the European Phased Adaptive Approach that was initiated in 2009.