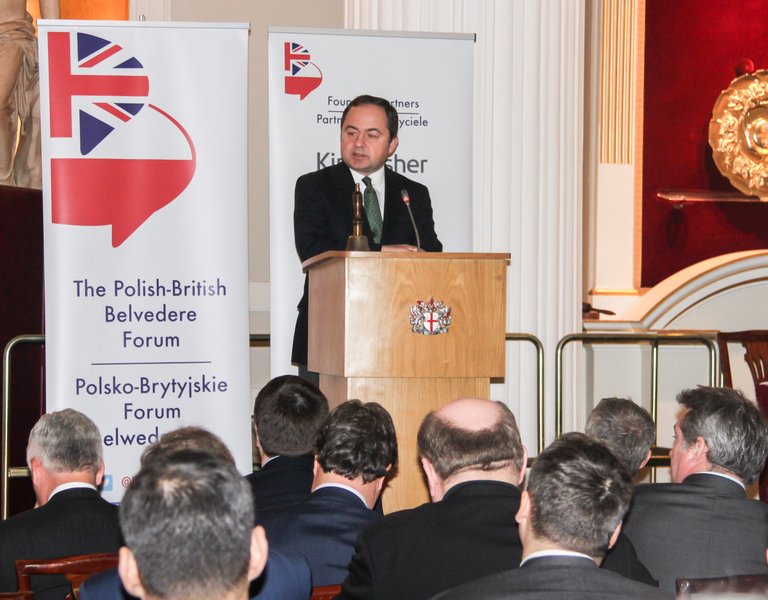 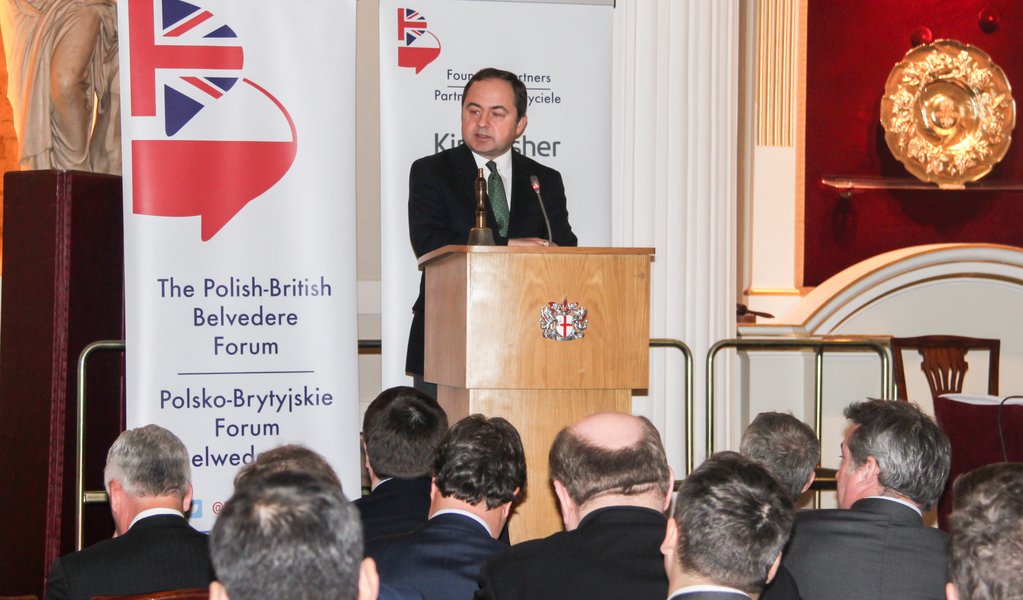 More than 200 representatives of the world of science, business, politics, media, non-governmental organisations and civil society took part in the second edition of the Polish-British Belvedere Forum at Mansion House, London. This year’s Forum focused on the future of Polish-British relations in a changing Europe. 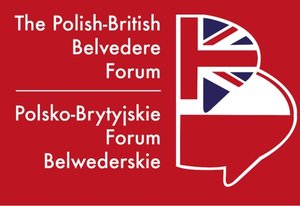 Participants of the debates explored topics of foreign policy, history, migration, the future of business relations, innovative technologies, as well as social changes and the future of the Polish community living in the United Kingdom.

Poland’s Deputy Foreign Minister Konrad Szymański took part in the day‘s opening session, which looked at political, business, technological and societal perspectives on a changing Europe. “It is a great day for all those who believe that the future of our countries is closely intertwined in a wide range of spheres, be it politics, economy, social, cultural or scientific ties,” said Minister Szymański, addressing the participants of the Forum.

“I would strongly encourage you to perceive the Belvedere Forum as a crucial piece of a greater puzzle, a process which will consolidate the ties between our two countries, regardless of the context of the UK’s decision to withdraw from the European Union. This forum is still in the early stages of its existence but is definitely on the right track. I am very optimistic about its continuity and success in the years and even decades to come,” he added.

On the sidelines of the second Polish-British Belvedere Forum, Minister Szymański met with Sir Alan Duncan, Minister of State for Europe and the Americas at the Foreign and Commonwealth Office. The deputy ministers discussed Poland-UK bilateral relations and their unprecedented intensity. They also spoke about the current European agenda, and prospects for closer cooperation between Warsaw and London on joint projects concerning Western Balkans.

Tuesday’s discussions were preceeded by a reception at Lancaster House hosted by Sir Alan Duncan. In his speech at the event, Ambassador Arkady Rzegocki said: “Poland and the UK enjoy excellent bilateral relations in many areas, but we want to make this relationship even better, stronger and deeper. The Belvedere Forum facilitates this. It promotes better understanding of Poland in the UK and of UK in Poland, which is especially important considering the large Polish community living in the UK.”

The Forum aims to deepen the dialogue between British and Polish civil society in order to strengthen the extensive partnership between the two countries.

The inaugural edition of the Belvedere Forum took place in March 2017 in Warsaw at the official residence of the Polish President, the Belvedere Palace, to which event owes its name. The concept of the Forum was developed in the first half of 2016 and was implemented during the first-ever Polish-British intergovernmental consultations in London in November 2016. The event is held once a year, alternating between Poland and the UK. The Steering Committee develops the programme and topics for discussions. Its members are Polish and British representatives of different areas of social life who are engaged in bilateral cooperation.