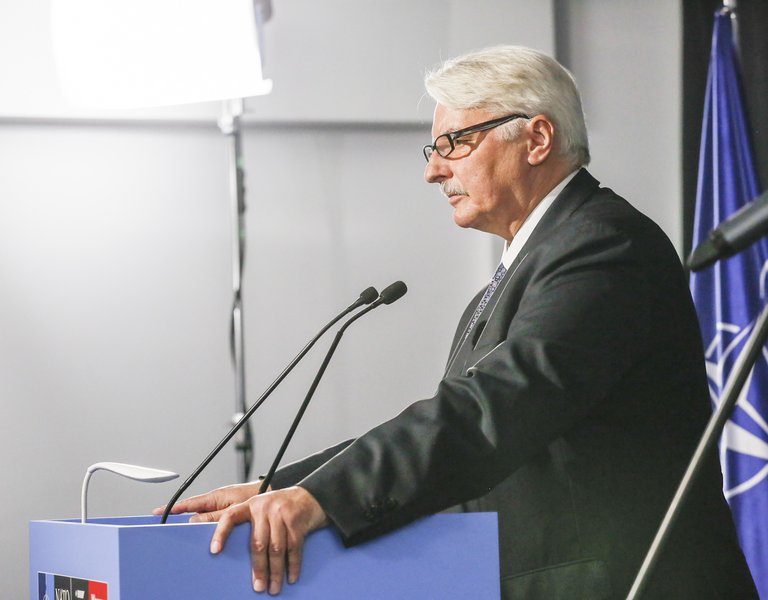 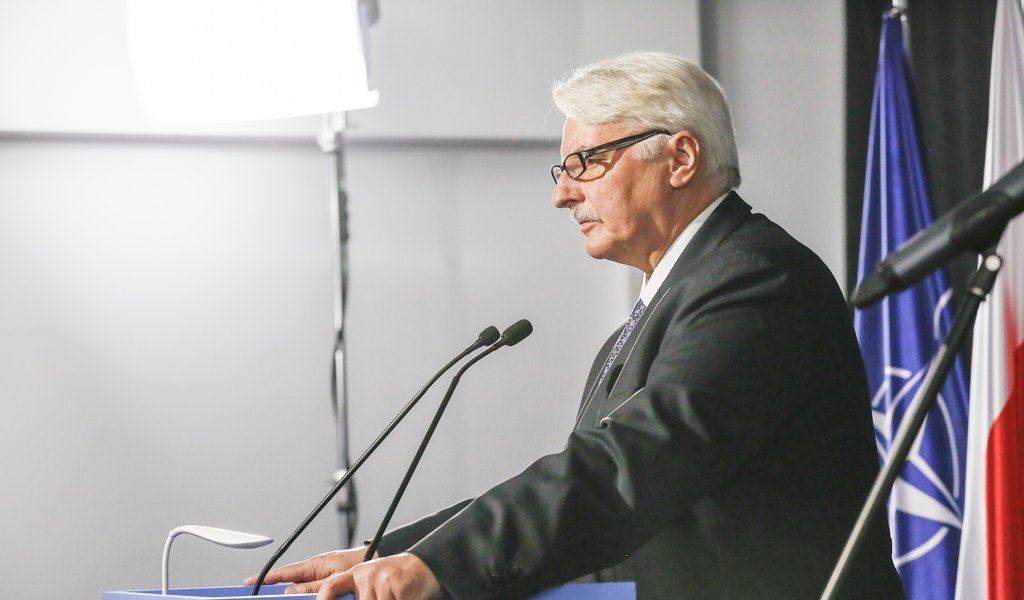 An interview with Witold Waszczykowski, Minister of Foreign Affairs of the Republic of Poland.

Krzysztof Losz, Nasz Dziennik: Would you say that you are 100 percent satisfied with the outcome of the NATO Summit in Warsaw?

Witold Waszczykowski, Minister of Foreign Affairs of the Republic of Poland​: Yes, almost. Of course, NATO’s presence in Poland could be even stronger and could do even more to guarantee our security. But it is a major geopolitical change. The implementation of these decisions will still require many detailed financial and technical arrangements. We have to house foreign soldiers in Polish garrisons, make sure they have access to the proving ground and prepare the infrastructure for the arrival of military equipment. A large part of these costs is going to be covered by NATO funds but it is also covered by our budget.

We also counted on additional troops being equipped with surveillance and recognition systems, with access to information gained by drones and AWACS planes. NATO has made a decision that right now, this equipment is needed more in the Middle East, where there is an ongoing war in Syria. They will be sent there to monitor the war theatre.

Or course, in case the Ukrainian-Russian conflict becomes hot again, which is possible, I bet that part of these recognition forces will monitor the situation on Poland’s eastern frontiers as well.

It is often repeated that after the NATO Summit in Warsaw, Poland is no longer a second-tier NATO member. Do you share this view?

Yes, I do. When we joined the Alliance in 1999, we joined an Alliance that in 1997 made a declaration to Russia that NATO does not foresee the possibility of stationing major military force on the soil of new member states. For many years, we were overshadowed by that declaration. We were told that it is a political declaration but we pointed out that it was made within a certain geopolitical and military situation and the Russians broke the spirit of this agreement a long time ago. We made the argument that the declaration from 1997 was not legally binding so it is necessary to dispatch certain forces on the ground on NATO’s Eastern Flank. And this just happened. We now say that just as we entered NATO 17 years ago, now NATO is entering Poland together with its troops.

But one could say that one battalion, even together with the Multinational Corps Northeast, does not give us great security guarantees. How important is it?

It is very important. Do you remember how many troops were stationed in West Berlin during the Cold War?

Exactly. It was a handful of soldiers surrounded by thousands of Soviet and East German soldiers but it was enough to deter. It was a symbol proclaiming that whatever happens, NATO will come and help. In Poland, it will not only be a handful because in some situations, even up to 10,000 soldiers may come to Poland which is a significant boost for the 100,000-strong Polish army. This already has military significance, it can help prevent border accidents or hybrid threats.

Today, we live in the cybernetic era and every massive concentration of military forces right outside our borders would be spotted. In the case where we have reasons to believe that such a concentration could lead to an open conflict, the group of 10,000 NATO troops would be strengthened by an even larger group or NATO would employ prevention measures by using its air force and rocket forces. Thus, it will not allow open aggression against us.

Has Poland’s position on the international stage been strengthened as a result of the NATO Summit?

It rose even earlier because in order to get these guarantees, efforts needed to be made a lot earlier. In this field, we worked together with the Defence Minister, Antoni Macierewicz. I talked with NATO foreign ministers and encouraged them to make the political decision of deploying NATO troops in Poland.

On the other hand, Minister Macierewicz met with defence ministers and military agreements were made at these meetings. Defence ministers, together with the NATO Military Committee agreed which states should send their solders to the Eastern Flank, which kind of units these would be, what kind of equipment they would have etc.

What needs to be underlined, is that Polish President Andrzej Duda made these efforts yet even before the Law and Justice government was formed. In June last year, Duda met with NATO Secretary General Jens Stoltenberg and persuaded him that the Alliance needs to go further than the last NATO summit in Newport. It was at this point that the idea of “Newport plus” was created – it claimed that NATO’s actions should not be limited to a quick reaction force unit but that also a permanent NATO presence on our soil should be established. And this came true at the NATO Summit in Warsaw.