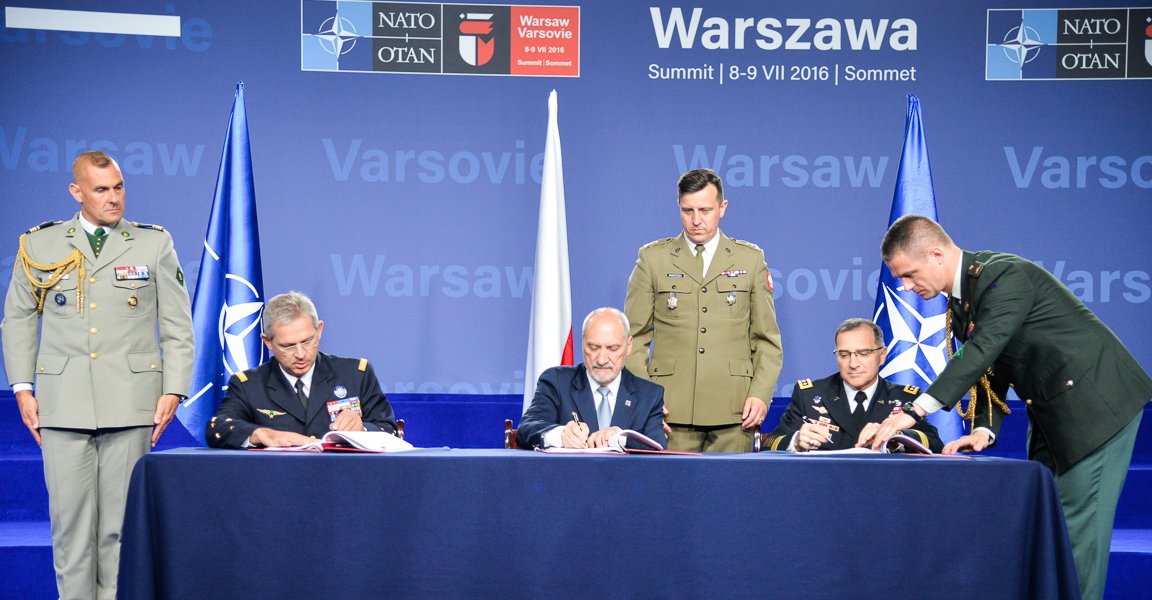 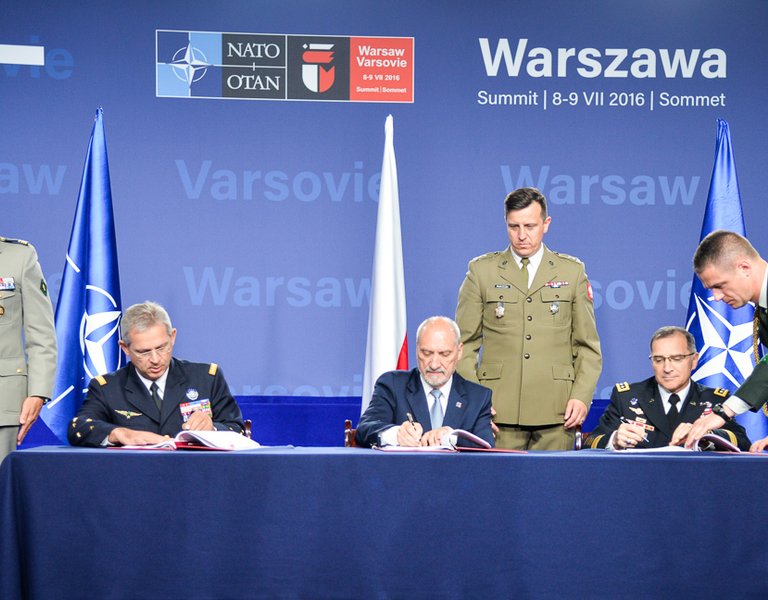 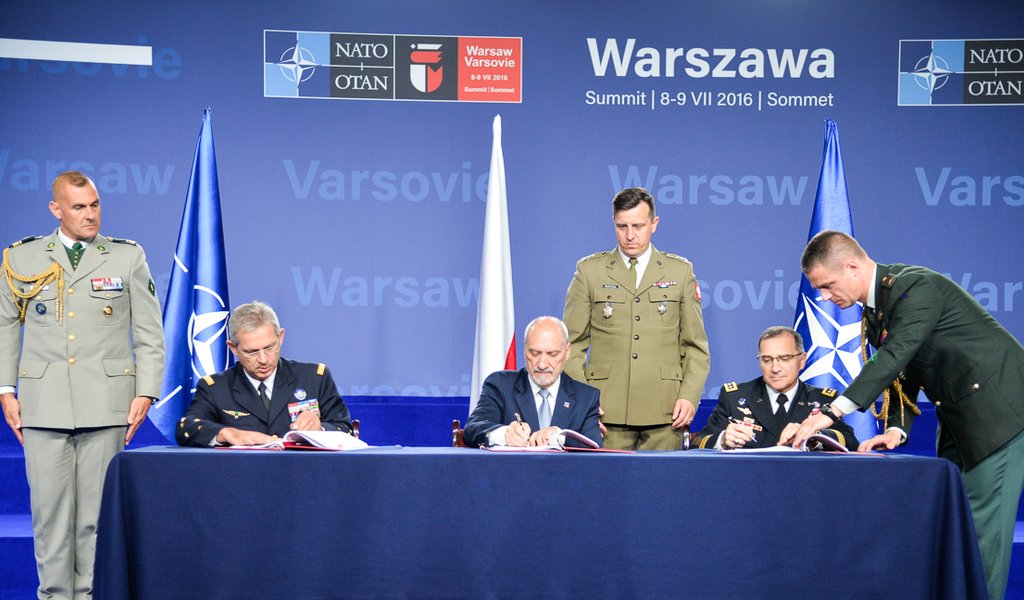 The summit has been a success both for NATO and for Poland, President Andrzej Duda summed up two days of meetings held by leaders of the North Atlantic Alliance.

"We have managed to accomplish the plan that we had from the beginning. The summit is a real response to the changing security environment in Europe," said President Duda.

Not only Polish politicians agree that the event was of historic significance. "The United States has increased its presence in Europe and NATO is as strong and ready as ever. Nobody should ever doubt the resolve of this alliance to stay united and focused on the future," said U.S. President Barack Obama.

These words are an almost exact reiteration of the three slogans that Duda has been emphasising for months: that the summit should be decisive, universal and future-oriented. Obama repeatedly thanked Poland for its hospitality and good organisation of the summit.

Most of the U.S. President’s remarks concerned domestic affairs of the United States. He spoke of the attacks on police officers in Dallas and generally of racial conflicts in the United States. Obama’s tenure is nearing an end and he is often asked to summarise the eight years of his presidency. At the fifth and at the same time the last NATO summit he attended, it was noted that he was the first president elected for two terms of office to be at war throughout his presidency. This is not a very favourable image for a Nobel Peace Prize winner. And yet statistics are a little unfair on the president, as the global military engagement of the U.S. has been significantly reduced.

From our point of view, the presence of American troops (though of course not such missions as Afghanistan or Iraq) is most welcome. Next year there will be 5,000 US soldiers on NATO’s Eastern Flank, of which 4,000 will be the armoured brigade stationed in our region on a rotational basis with headquarters in Poland, while the remaining thousand will form the core of a battalion battle group in our country. The group will be even greater, as it will be supported by a certain number of soldiers from Romania and other countries. Their exact composition has not yet been specified. It is already known that the United Kingdom has allocated a total of 650 soldiers to the Eastern Flank, of which 500 will form the basis of the battalion in Estonia, while 150 will be stationed in Poland. Poland will also host Romanian and Italian troops.

More than a battalion

Over one thousand soldiers is much more than a typical battalion, although it is still less than a brigade. Four such units are in turn much more than a brigade, which is partly why the headquarters for these units will be created at a division level in Poland on the basis of the headquarters of the 16th Division in Elbląg. According to the Minister of Defence, Antoni Macierewicz, the U.S.-led multinational battalion battle group in Poland will be stationed in the north-eastern part of the country, possibly using the infrastructure of the training grounds in Orzysz.

Including the commitments made by the United States and NATO as a whole, there will be approximately 10,000 Alliance soldiers on the Eastern Flank. "We are taking appropriate deterrence measures in order to ensure that the Russian aggression will be countered. There is no contradiction between the necessary dialogue with Russia and the creation and reinforcement of our military capabilities. The aim of the dialogue is to maintain contact and avoid misunderstandings. But this does not release NATO from the obligation to provide defence at each location," Congressman Michael Turner, President of the NATO Parliamentary Assembly, told Nasz Dziennik.

Iskander missiles at the border

The Warsaw summit confirmed the decisions made at the previous summit in Newport, in particular the implementation of the Readiness Action Plan, providing for the tripling of the strength of the NATO Response Force and creation of the Very High Readiness Joint Task Force (VJTF).

Russia responded to these decisions by locating additional forces on its western borders and by threatening to relocate Iskander-M missiles to the Kaliningrad Oblast. In addition to those these outright measures, NATO is also concerned with the growth of Anti-Area/Access-Denial (A2/AD) capabilities, also known as "bubbles" or "domes". They are complexes accumulating weapons of mass destruction and electronic warfare, which practically enable the full prevention of movements of other troops on a large area, far beyond the Russian borders, without the need to send any troops abroad. Such installations are located in Kaliningrad, in the Crimea, as well as around Russian installations in Belarus. Combating A2/AD is extremely difficult and requires highly advanced air defence methods and other measures. Both the US U.S. and Canada have such capabilities, which is partly why their troops have been located in Poland and Latvia in order to divide the impact based on the need for A2/AD counteraction. The same threat is related to the signing of the Polish-Spanish-Turkish letter of intent on the acquisition of capability capabilities to launch radio and/or electronic attacks from the air.

Moreover, at the summit, Poland signed an agreement on the mutual supplies of weapons, military technology and the provision of services of a military and/or technical nature with Ukraine. Minister Macierewicz had bilateral meetings with his counterparts from Canada, Serbia and Morocco.

The summit ended without a single incident or security threat. Only four times illegal drone flights were detected in the area of Warsaw. They involved small civilian-purpose devices (e.g. used for filming). "They have been eliminated, overpowered and therefore no damage has been done," said Minister Macierewicz. Unfortunately, in some cases, the persons who released them remain unknown, but according to the Defence Minister the drones were not used to commit serious crimes.

In order to protect the summit, Poland purchased two special reconnaissance UAVs: Hermes 450 and Hermes 900 with Skyeye surveillance system. "Within the area of 5 km sq., the system identifies every person and behaviour including retroactive display of the course of events or identification of any preparations for dangerous behaviour, if such a situation occurs," emphasised Antoni Macierewicz.

President Duda apologised to Warsaw residents for any inconvenience caused by the summit, including lost profits of businesses, and thanked them on behalf of the organisers of the event.

The next NATO summit will be held in Brussels in 2017, at the new NATO headquarters, whose construction is being completed.