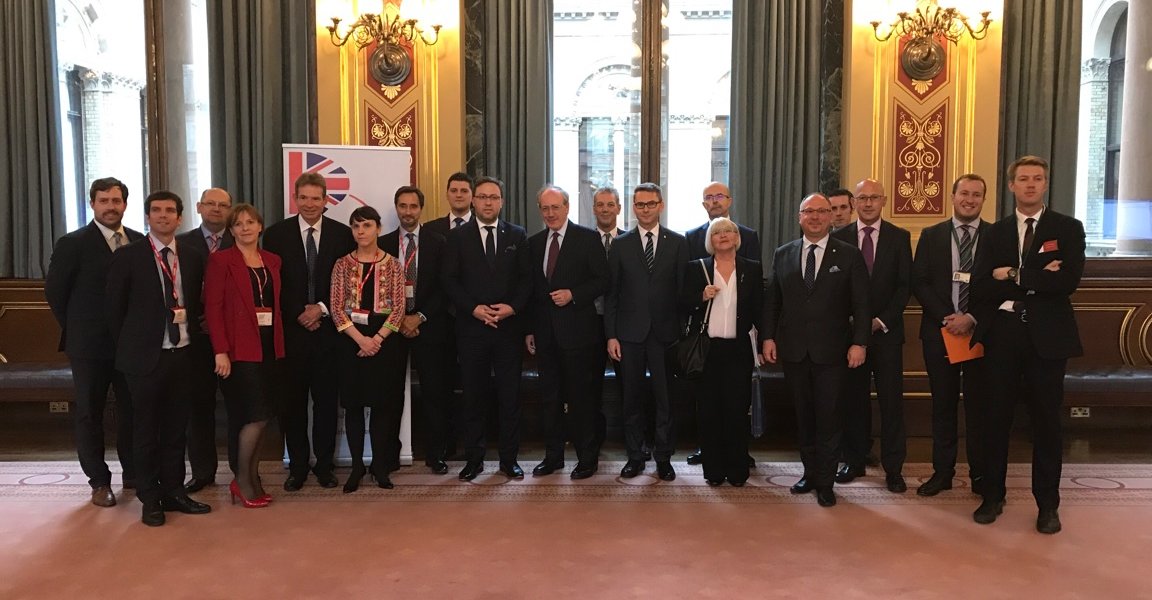 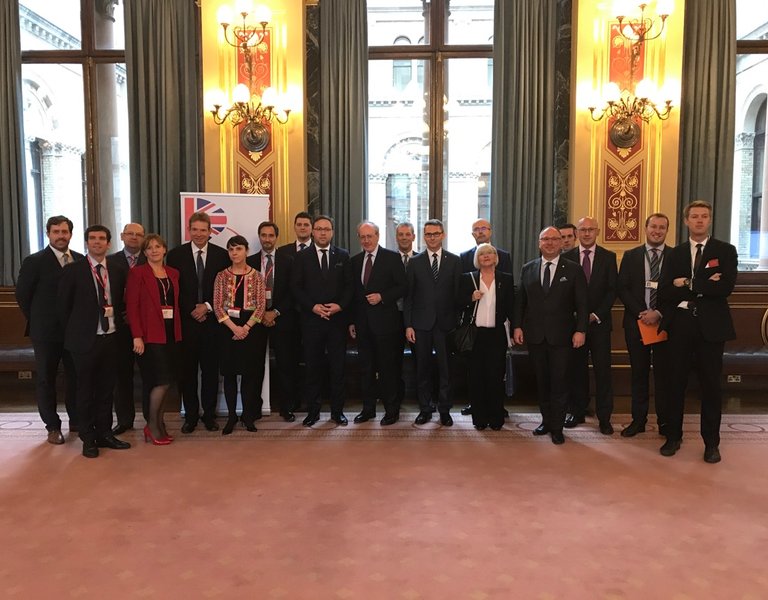 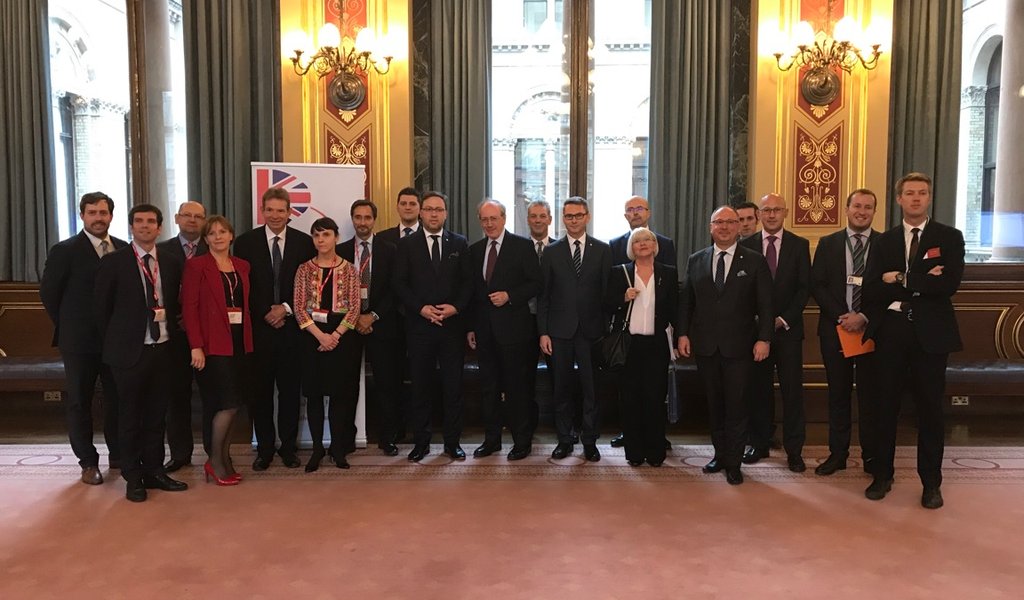 A strategic and high-level project

It all took place in London on King Charles Street, in the "power triangle" of Downing Street, the Parliament and Whitehall, the ministers’ street. A working meeting, preparations for the second edition of the Belvedere Forum, the largest Polish-British bilateral project since the war.

Information first! Meaning that information receives top priority. The announcement of the result of UK’s Brexit referendum last year triggered a wave of hate, making Poles understand how little British people actually know about Poland, about common historical ties and the benefits resulting from our presence. That is why we signalled to the British that there is a problem.

Theresa May’s government and a group of MPs and media representatives promised to launch several information campaigns in the media. The British public was due to be told that Poles in the UK did not burden the social system, that they provided added value. They were to be told about Poland’s contribution to the Allied military effort, the courage of Polish RAF pilots in the Battle of Britain, Anders’ Army combat trail, the Battle of El Alamein, Monte Cassino, Ancona, about our role in breaking the Enigma code, today's industriousness and entrepreneurship of Poles.

Several texts appeared in the British press, in both conservative and left-liberal publications and the initiative was supported by a group of conservative MPs including Eric Pickles and Lord Nicholas Bourne. But the real achievement was the Polish-British Belvedere Forum project, a strategic and high-level project. Its objective was as follows: now, after the announcement of Brexit and the establishment of intergovernmental bilateral relations, one needs to activate other forces which support the mutual exchange of information, closer learning and cooperation. As Prime Minister May repeated on several occasions: "to bring two societies together." And what are these "other forces"? They include Polish and British media, non-governmental organizations, universities and think tanks, as well as Polish communities.

The first edition of the Forum took place in Warsaw in March 2017. We, and that also includes journalists in the two Steering Committees, are now working on the second edition, scheduled to take place in London in February 2018. This meeting, which was held at the Foreign and Commonwealth Office, sought to discuss the content of future sessions and panels. It was a really interesting and informative experience! A friendly exchange of thoughts and remarks about the agenda of the February meeting, which was sent to us for discussion. The venue of the debate and the subsequent banquet was very impressive – the building of the British MFA, in use since 1782, when the Foreign Office was created. As the saying going, “if only history could speak”.

The Forum itself will take place in the historic Lancaster House, famous for the speeches given there by British prime ministers, and Mansion House, the official seat of the Mayor of London. It was a nice feeling - after 45 years of communism, when representatives from Warsaw were dispatched to London/Paris/Washington equipped with instructions from Moscow, and later 25 years of much of the same but from Brussels – to listen to people, including journalists, who have one guiding message, also flowing from their hearts and convictions, "Poland first!" Speaking good English and calmly presenting their arguments. What a relief after decades of being under the thumb of Moscow and Brussels! And a great joy to me personally as a former anti-communist dissident.

The proposed plenary session and five panels will include interesting issues for both countries: Russia and Ukraine, the security of NATO’s Eastern Flank, military cooperation in the Baltic Sea region, democracy. Also touched upon will be social issues, business and trade contacts and, of course, contemporary media issues, freedom of speech and journalism, including social media. The agenda sent by the British indicated that there were many common themes, but also that we would at times approach issues from a slightly different perspective. A different history, different political and social experiences, social traditions. For example, "assistance to those in need in today's society", with reference to homelessness and modern slavery. Our side has signalled that we are willing to talk about dealing with homelessness, but "modern slavery" is not our problem, and we would prefer to focus on, for example, the issue of "how to help disabled people enter the labour market?" Or another point, "immigration: how to better integrate newcomers into our society?"

There was an opportunity, in the presence of politicians and the media, to state that we ourselves have many migrants: 1 million Ukrainians, 150,000 Vietnamese, we also have Muslims, Tatars who arrived in the 16th and 17th centuries, and who do not experience any friction. And we could have boasted that we have adopted a different integration format than multiculturalism, perhaps one based on a form of partnership? Minorities receive help for their national and cultural activities, but they respect our laws and customs. There was also a lot of talk about the need for a discussion on British institutional assistance during the process of registration/legalization of Poles in the UK. And the continued mutual information of information, getting to know each other – between all segments of society, media, non-governmental organizations, university environments, Polish community initiatives.

And after the discussion, there was a banquet and a series of speeches, among others by Sir Malcolm Rifkind, the former head of diplomacy in Margaret Thatcher’s government, by Boris Johnson, the current Foreign Secretary and Sir Alan Duncan, the current Minister for Europe. The different rhetorical traditions were clear for all to see. Long, serious and detailed speeches on one side and ones full of funny inclusions and anecdotes on the other, British, side. But at the end of the day it doesn’t matter how we reach our common goal, what counts is that we reach it. “To bring both societies together”, to get to know each other better, to appreciate each other, to make life easier for Poles in the UK, and to not complicate the lives of British citizens living in Europe.