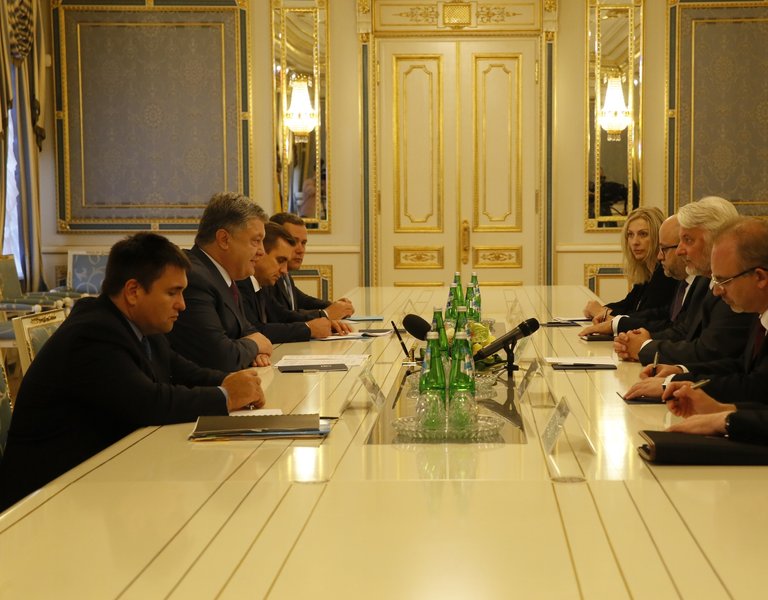 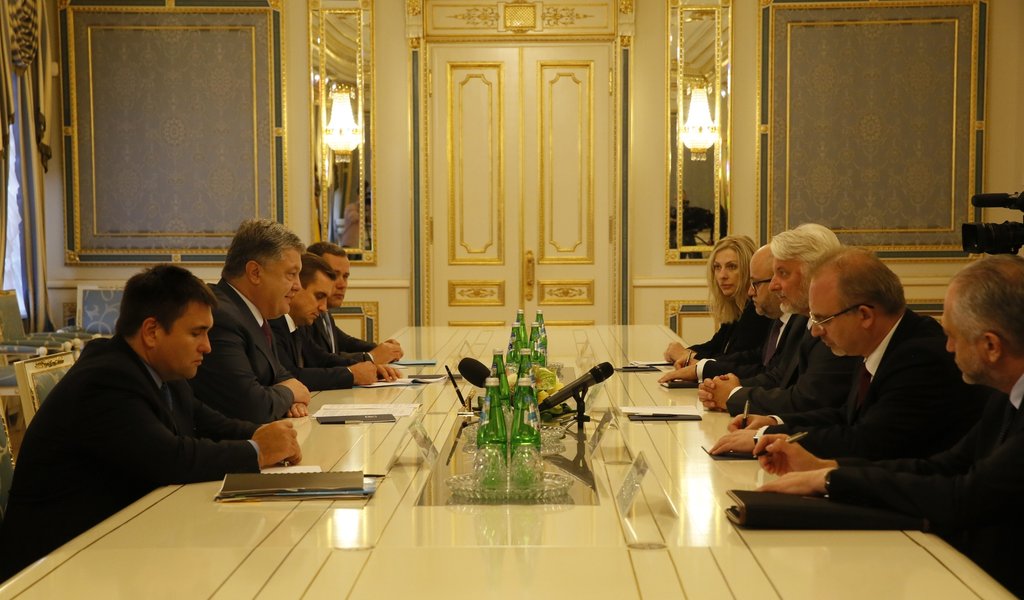 Talks in Kyiv on 25 years of Polish-Ukrainian relations

“Our cooperation is multifaceted: from extensive political, economic and military relations to people-to-people contacts between our societies,” Foreign Minister Witold Waszczykowski said after the talks with his Ukrainian counterpart.

“I was a frequent guest in Ukraine; today I have the great pleasure to be here as minister of foreign affairs when we mark the twenty five years of peaceful cooperation,” emphasised the Polish foreign minister. “We were the first country to recognise Ukraine’s independence 25 years ago and today we’re one of the leading countries that seek to solve the conflict in Ukraine,” recalled Minister Witold Waszczykowski.

On the first day of his Kyiv visit, Minister Waszczykowski met with Ukraine’s Foreign Minister Pavlo Klimkin, and was also received by Prime Minister Volodymyr Groysman. “Without Ukraine, the project of integrated and united Europe is not complete,” emphasised Minister Waszczykowski at the meeting with Volodymyr Groysman. “I’d like to point to the strategic character of our relations,” said the minister and noted that Poland supports Ukraine in the efforts to restore its territorial integrity. “It is essential to further foster contacts between our societies. We want to continue our support for Ukraine’s reform process,” said the chief of Polish diplomacy.

The Polish and Ukrainian foreign ministers reviewed the quarter of a century of Poland-Ukraine relations, focusing on achievements and prospects of bilateral cooperation. They underlined that utilising a Polish government loan for expanding Ukraine’s border infrastructure will be important part of future cooperation. The ministers agreed that another significant area of cooperation will also involve Poland’s continued support to Ukraine’s reforms, particularly in the field of decentralisation, tackling corruption, and the public administration.

“The visa liberalisation programme is basically in place in our relations,” Minister Waszczykowski further noted and recalled that it is Poland that has granted “almost a million visas to the Ukrainians, which accounts for nearly half of the number of visas granted by the entire EU.” Speaking about Polish-Ukrainian partnership, the minister also recalled that “more than thirty thousand Ukrainian students have now enrolled at Polish universities.”

“We’ve discussed issues related to our activities for containing Russian aggression, the situation in the Donbas and Crimea regions, and the aggressor’s plans to hold illegal elections,” Ukraine’s Foreign Minister Pavlo Klimkin told a press conference. “I’m glad over Poland’s support. We have the support of all of the EU, but the initiative expressed in Poland’s position is particularly important.”

The talks also raised the subject of Polish-Ukrainian dialogue about history. Minister Waszczykowski started his Ukrainian visit by laying flowers at the Polish War Cemetery in Kyiv – Bykivnia, a resting place for the citizens of the Second Polish Republic registered in the so-called Ukrainian Katyn list, as well as other Poles, Ukrainians and other nationalities who were killed in the totalitarian political repressions of the late 1930s. “These cemeteries make the politicians more and more willing to seek the truth as a basis for reconciliation between societies,” underlined Minister Waszczykowski. “Likewise, we started a difficult dialogue on history with Ukraine some time ago. We have managed to come to terms over historical truth with many nations that inflicted greater harm on us, so in this case I’m sure and optimistic that we’ll reach reconciliation, sooner rather than later; we’ll manage, too,” noted Minister Waszczykowski.