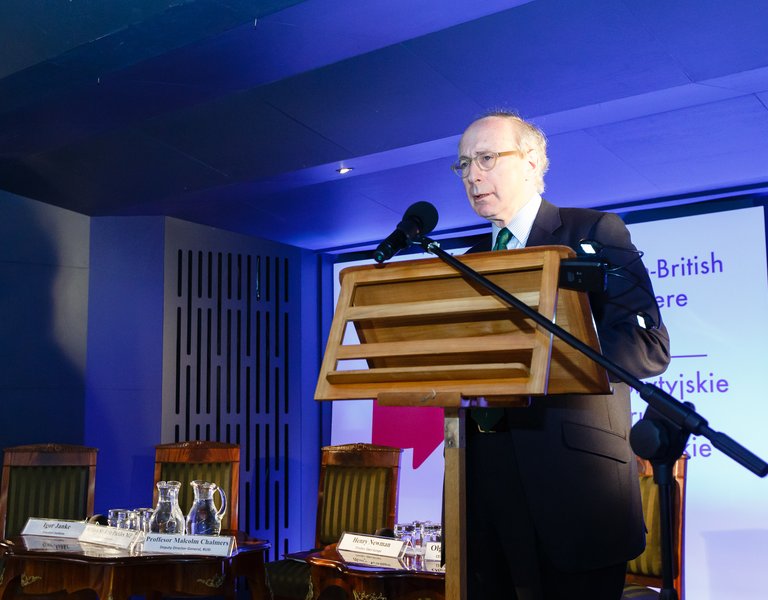 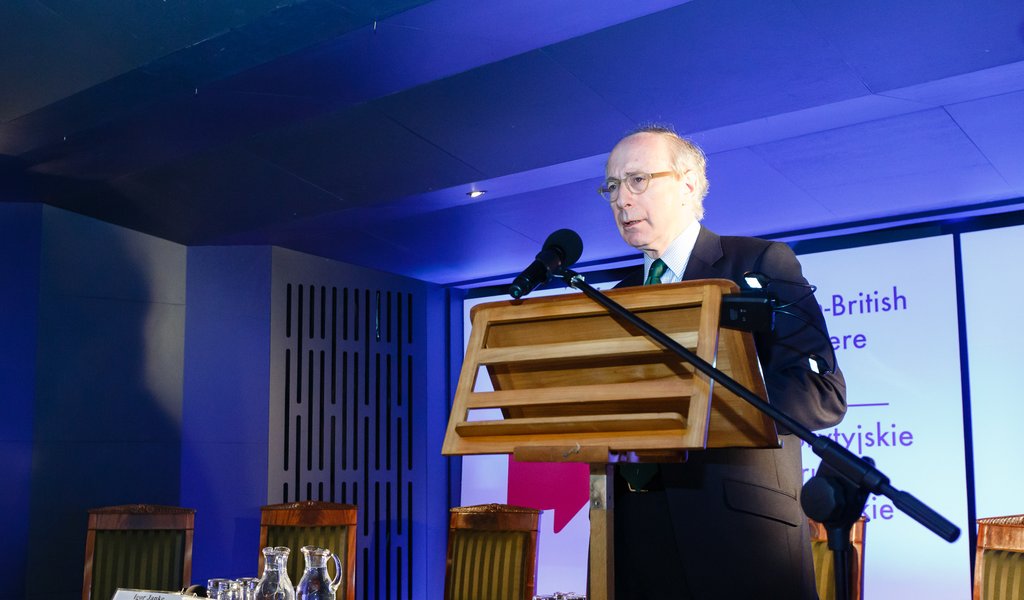 UK and Poland: Laying the foundations for a new kind of partnership

I am sitting on an ornate couch in one of the corridors of the Belvedere Palace, a 17th century building that was the official residence of Poland's presidents for a number of years. In front of me sits Sir Malcolm Leslie Rifkind, formerly cabinet minister under Margaret Thatcher and John Major.

The doors to the late morning breakout sessions have just been closed, but he kindly agrees to stay behind and answer a couple of questions. Sir Rifkind's connection with Poland goes back to his Ministerial visit of 1984, when he defied the Polish Communist President to meet the leaders of the then-outlawed Solidarity movement. The action had great resonance at the time and subsequently earned him a decoration from the democratic Polish Government. It also made him the obvious candidate for the role of co-chair of the Belvedere Forum, the new bilateral initiative aiming to enhance non-governmental contact between the UK and Poland.

“A British-Polish round table has existed for a number of years” Sir Rifkind begins “and has done a lot of important work, but it has involved a relatively small number of people and has had a relatively limited agenda, so in a way it never really took off.  We now want to broaden and deepen the relationship in many ways, involving more people in both Poland and the United Kingdom”.

That effort has led to the creation of the Belvedere Forum, which has brought both of us here today. The overarching theme is “UK-Poland 2025: the New Normal”, so I ask Sir Rifkind what the “old normal” looks like.

He smiles. “Traditionally, British-Polish relationship have been very good” he explains. “Both the UK and Poland, in different ways, are major European countries. One on the extreme west of the European continent, another on the Eastern borders of what is the current European Union. And both countries have quite similar values in many ways, we have a strong sense of patriotism, a long history. Britain has been a luckier country than Poland over the centuries, it has not been subject to invasion, partition or occupation due to being an island, but many of the strategic views as to the geopolitics of Europe are quite close between the two countries”.

But will this relationship weather the uncertainties of Brexit, I ask.

Sir Rifkind acknowledges that there is a lot of anxiety about the consequences of the UK exit from the EU, but he stresses that the relationship between UK and Poland will continue to be a close one.

“Let’s look at security policy for example” he says. “In recent years Poland and the UK have been very close on security policy, and while the military dimension is managed through NATO, there are aspects of security, such as political and diplomatic security, that are managed at EU level. The sanctions against Russia over Ukraine are an example of that. After Brexit the UK will no longer be a member of the EU Foreign Affairs Council and will not have a veto, but our involvement in European security will not change. As I pointed out during my speech here at the Belvedere Forum, even before the EU, the United Kingdom has always seen any aggression on continental Europe as a threat also to the United Kingdom. We went to war in 1914 when Germany invaded Belgium, and again in 1939 when Hitler invaded Poland. On both occasions it was not because we were threatened, but because aggression of that kind in Europe was dangerous for everyone. That approach is not going to change”.

Sir Rifkind however acknowledges that there are other aspects of the relationship - such as the ability of Polish citizens who are in the UK to continue living there – on which it is not yet possible to give guarantees, as the EU requires these to be discussed during the formal negotiations. “This is a pity, of course” he concludes,  “but I personally have no doubt that Polish people will continue to be able to stay in the United Kingdom”.