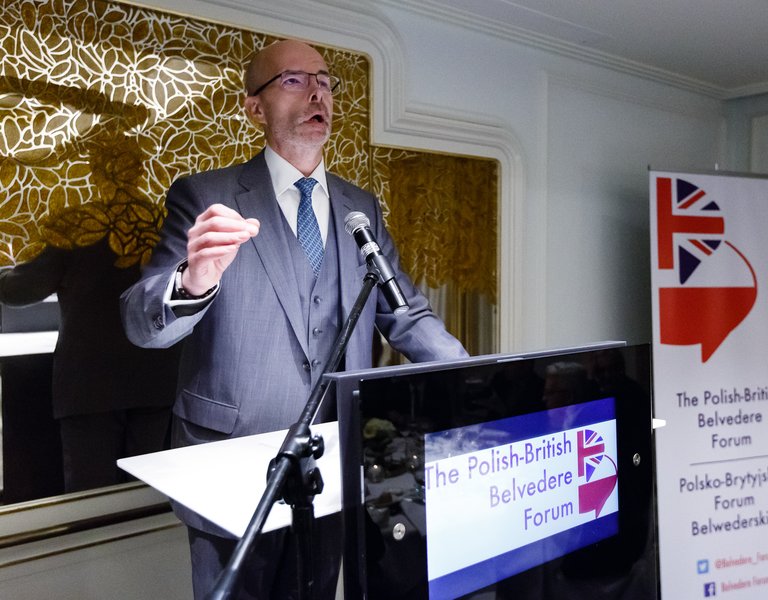 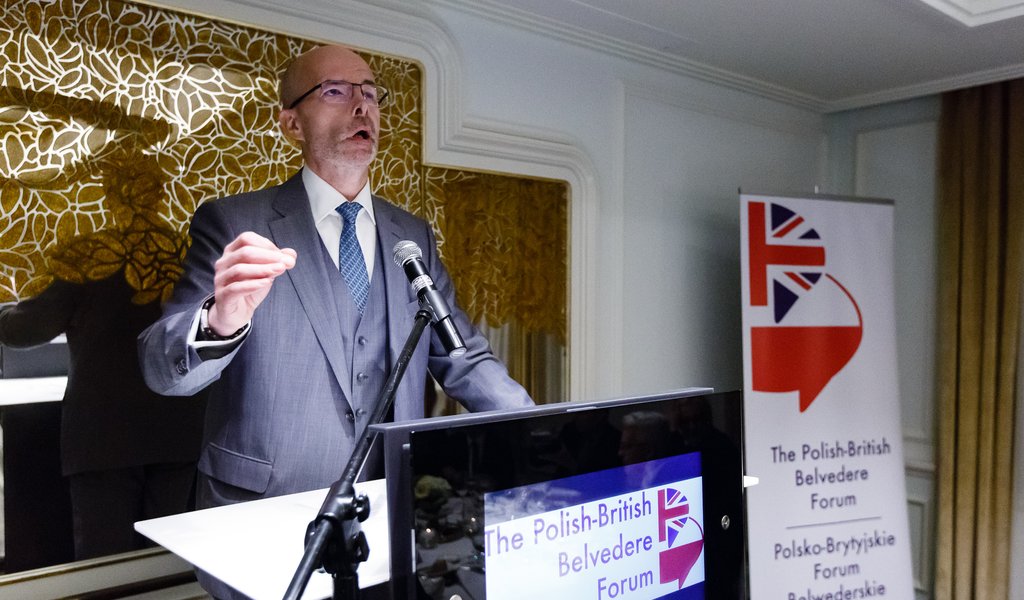 In the margins of the Belvedere Forum, Arkady Rzegocki, Ambassador Extraordinary and Plenipotentiary of the Republic of Poland to the Court of St. James's, and Jonathan Knott, British Ambassador to Poland, agree to talk about the future of the relationship between the United Kingdom and Poland.

There are important historical ties between the two countries, which some say go back over a thousand years, when the son of Harold came to Poland after the defeat by William the Conqueror in 1066. So it is not surprising both ambassadors start with history.

‘The Second World War chapter of the relationship is widely known in Britain’ says Ambassador Rzegocki, ‘however, comparatively little is known about the rest of Polish history, about Polish parliamentary freedom, its constitutional tradition and about modern Poland more in general. There should be more about Poland in national curriculum in British schools. More Polish studies faculties in British Universities, more Polish language courses in Britain. Poland is a big country, the 20th economy in the world with a GDP that has been uninterruptedly growing since 1992. Poland is also a gateway to Central Europe: the Polish language allows to understand most Slavic languages, which several European countries speak. And of course we should work on improving knowledge of the UK in Poland as well. Better mutual knowledge can only improve our current cooperation’.

‘Polish-British relations are very good at the moment’ he continues ‘possibly at their best in our history. We have a very close political and economic cooperation and want to make this cooperation stronger and broader at civil society level’. 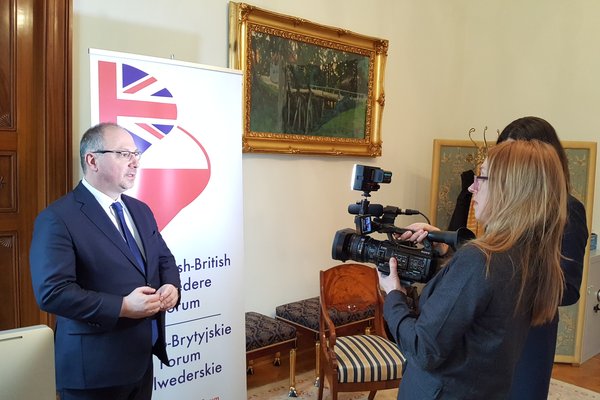 Ambassador Knott is thinking along similar lines. ‘Recent talks between the two Governments have highlighted that there is an interest in taking a good relationship and making it a great relationship. In November last year Polish and UK Cabinet Ministers agreed more than 80 specific projects to be pursued together. The military of the two countries are also talking to each other, as we have seen in the margins of the NATO summit in Warsaw last year. From April 150 British troops will be in Poland, as part of a bilateral agreement’

‘What we are doing here at the Belvedere Forum’ he continues, ‘is looking at cooperation beyond the political and military process, and this means involving quite a broad range of people who already work on bilateral issues: businesses, media, non-governmental organisations, universities, members of Parliament. It seems clear to me, especially after today, that the value of the relationship between the two countries is not going to diminish after Brexit. Quite the contrary: as the UK leaves the EU, we need a much stronger relationships with Poland, because we’ll no longer be members of that club together. Look at trade: the UK is Poland’s second biggest export market, and the UK wants to continue doing business with Poland. That cannot stop, and the Polish community in the UK will help to keep it going.

A tale of two communities

The Polish community in the UK is estimated around 1 million people, while there were 4,647 British citizens in Poland in 2016. ‘Neither so numerous nor quite as much in the spotlight as the Polish community in the UK’ Ambassador Knott notes ‘but the variety is just as big. We have business people, we have a significant number of students, we have quite a lot of people who are here because they are in relationships with or they are married to a Pole, and many of them have Polish-British children. We also have people who have come here long ago and have been assimilated into the Polish culture. This is a very healthy community that I hope will grow, as the relationship between the two countries develops.’

But there is more than British residents in Poland he stresses. ‘Every year around 500,000 people from Britain come to Poland, an enormous number. Some of these will be Poles coming home to visit their families, but the majority are tourists, British people coming and experiencing life in Poland, not thinking about stereotypes but really seeing Poland, and I think this points to a very bright future for the relationship between the two countries’.

The success of the Belvedere Forum certainly points in that direction. There is a buzz to the conversations in the corridors, with old connections being rekindled and new ones being made. If a mutual knowledge really is the key, then there are no doubts that this good relationship will soon become a great one.