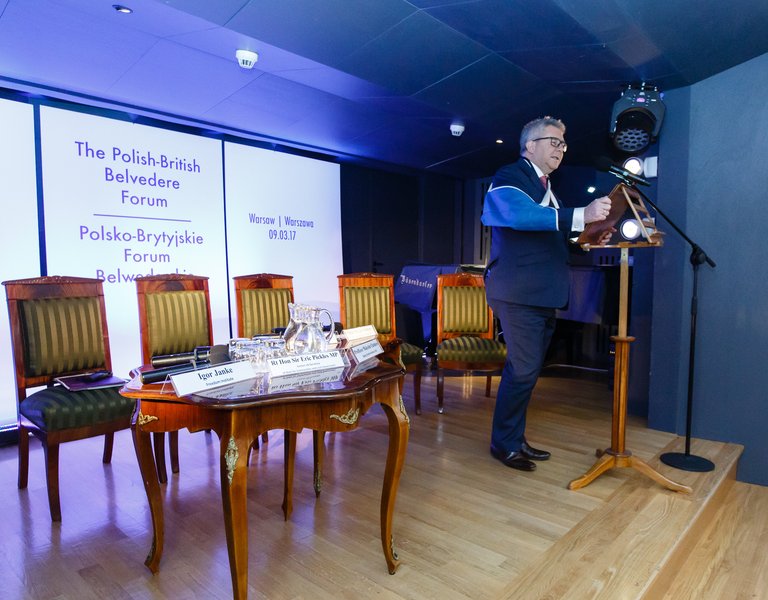 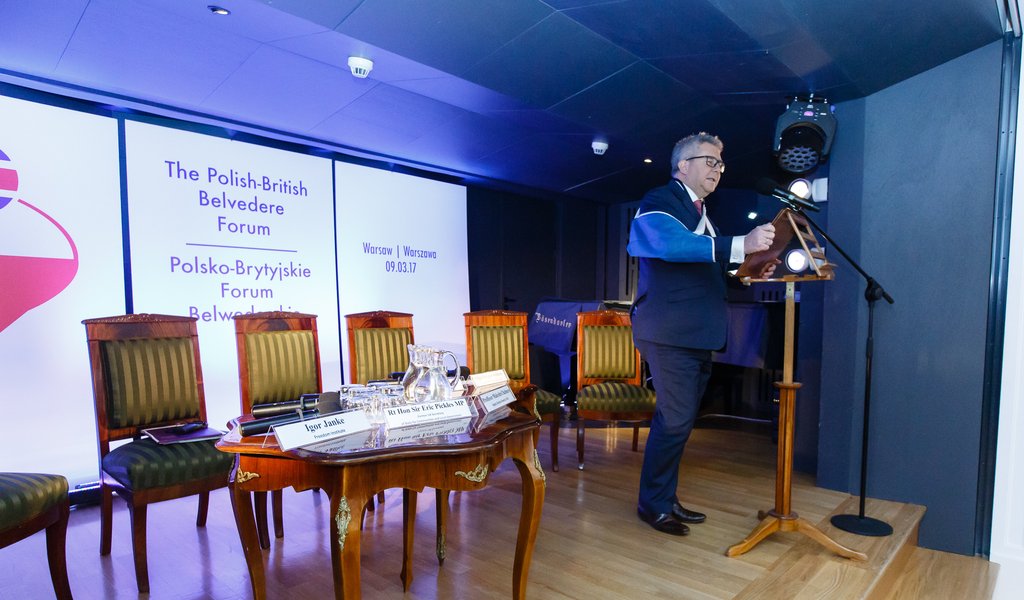 The United Kingdom is an important partner for Poland

An interview with Ryszard Czarnecki, Polish MEP, Vice-President of the European Parliament.

Rzeczpospolita: Beata Szydlo and Theresa May decided to establish a Polish-British Forum for civil society. What is it meant to achieve?

Ryszard Czarnecki, Vice-President of the European Parliament: The United Kingdom has decided to leave the European Union, but it will continue to be a very important economic partner, military partner in NATO, and a political partner for Poland. This is the reason behind various initiatives, not only political ones, but also this one – a citizen’s forum, bringing together scientists, people of culture and art, journalists, social workers, NGO activists – to build bridges at a time when they are most needed. During Prime Minister Szydło’s visit to London, where she was accompanied by a large group of ministers – the largest ever visit by the head of the Polish government in the UK – a decision was made to create the Polish-British Belvedere Forum. On the British side the co-chair is the distinguished politician, an experienced former Minister of Foreign Affairs and Defence in the governments of Margaret Thatcher and John Major, Sir Malcolm Rifkind. On our side, I am the co-chairman. As the process of disintegration pushes forward in Europe, we are trying to work towards integration.

The EU offered a framework for Polish-British co-operation. How will things look after Brexit?

To some extent this is a blind date. For 13 years, we got used to the fact that Poland and the United Kingdom cooperated closely with each other within the European Union, and on many issues. We were connected by a similar vision for the future of the EU as a Europe of nations, nation states. On the other hand, the issue of deregulation in the EU, less bureaucracy, working towards liberalization of EU legislation when it comes to entrepreneurship, the viability of companies. This meant that we were part of a coalition of states, which in many cases took a common stand. Now we do not know what the United Kingdom will be like after it leaves the European Union. But we want to make sure that the British-EU divorce does not become a Polish-British divorce. In order to maintain mutual areas of interest within these ties. This is why we are seeking a much broader co-operation format that goes far beyond political co-operation.

Is this what all EU countries are doing or does Poland attach a special significance to its bond with the British?

We do not look at what others are doing. We have our own vision. We need to work together with the United Kingdom because Poles are the largest minority in the United Kingdom. We are also connected by NATO. Even more so given the historic decision made at the Warsaw summit to deploy NATO land troops in Poland and the Baltic States. The British are also participating in this, and I applaud them for doing so. So one sees a common, military cooperation plane. The third issue: within the group of the EU’s four largest countries, the United Kingdom has – compared to Germany, France and Italy – the most realistic assessment of Russia. Perhaps this is the case because of the dramatic murder of Litvinenko, perhaps it is due to the nationalization of British Petroleum assets – whatever the reason, it has become a fact. And we share this realist approach towards Russia.

Brexit negotiations will start in three weeks. On the EU side, will the European Commission have the monopoly over how they are conducted? Can meetings such as the Polish-British Forum, influence their outcome?

This is the reason such forums are created, not only to make general political declarations but also in certain cases to lobby – in the best sense of that word – for concrete solutions, such as protecting the rights of Poles living in the UK. These Poles, it is worth noting, are the co-authors of the UK’s economic success and they helped London navigate its way out of the financial crisis. Of course, these negotiations are formally held at the level of the European Commission, but one has to use all the instruments within the limits of the law, which will allow for clear visibility of the Polish position on the matter. Each instrument in this respect is good. Especially since I am a politician, Sir Malcolm is also a politician, and we perfectly understand that the timing of the forum is not accidental. It sends a message from the UK and Poland to the European Union that the United Kingdom is not alone and has allies. This strengthens our British friends somewhat in the negotiations.

The European Commission, however, wants to start negotiations by determining the amount of compensation that the United Kingdom will have to pay for Brexit. This will amount to tens of billions of euros, which will in large part be used to ensure the structural funds for Poland until 2020. So we have a conflict of interest. Can the Forum help settle this?

It is nothing to be ashamed of, that we sometimes have differing points of view and different interests. This is a normal thing between friends. The Visegrad Group is also diversified, it has different points of view and different interests on various issues, for example on energy issues and with respect to Russia. We can have differences of opinion. So one can have a number of discrepancies and at the same time work together. This is analogous to the situation that exists between Poland and UK, because here one can openly discuss and show sensitivity to the issue of Polish funds. For Poland, one of the seven poorest countries in the Union, maintaining structural aid is crucial. The Forum is a good opportunity to convince our British friends of this, because tough negotiations get underway.

For the British on the other hand, a crucial issue is maintaining access to the Single Market. Can we help them with this?

European integration is also about trade. Inevitably, the UK’s interests are very apparent here, as it is one of the EU’s main commercial countries, alongside Germany. But we have interest in other areas. Perhaps a certain synergy is forming here. But for politicians forums can be an opportunity to show that social forces, that go beyond political divisions, underpin their decisions, which is the case in Poland.

Poland currently does not have a good reputation in the British media. Can the Forum be a good opportunity to change this?

Poland is depicted better in the British press than it is in the German press, although this is also changing and improving.  But such a forum, panels, discussions between various circles - this is a great opportunity to break some stereotypes and myths that exist in the UK about Poland and to some extent about the UK in Poland.

Will this now become a permanent cycle of meetings?

We want it to be a cyclical, regular practice. And this is not just about prime ministers, ministers of foreign affairs and defence, but also about non-political civil society circles, so that they have the constant possibility of dialogue, because it really strengthens our cooperation. This regularity is necessary for both parties, regardless of whether Brexit will take place sooner or later and regardless of what form it assumes. I envisage such plenary meetings being held at least once a year. Although the next one, within a narrower circle, will take place in May already.