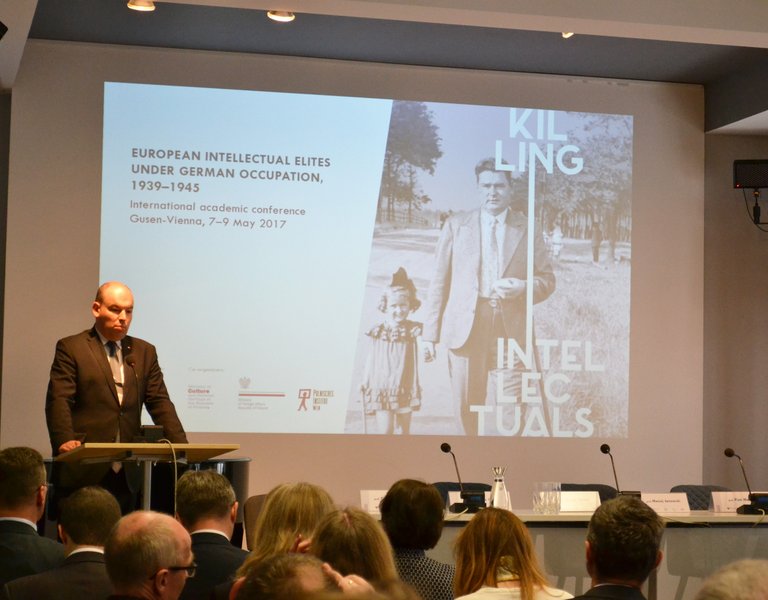 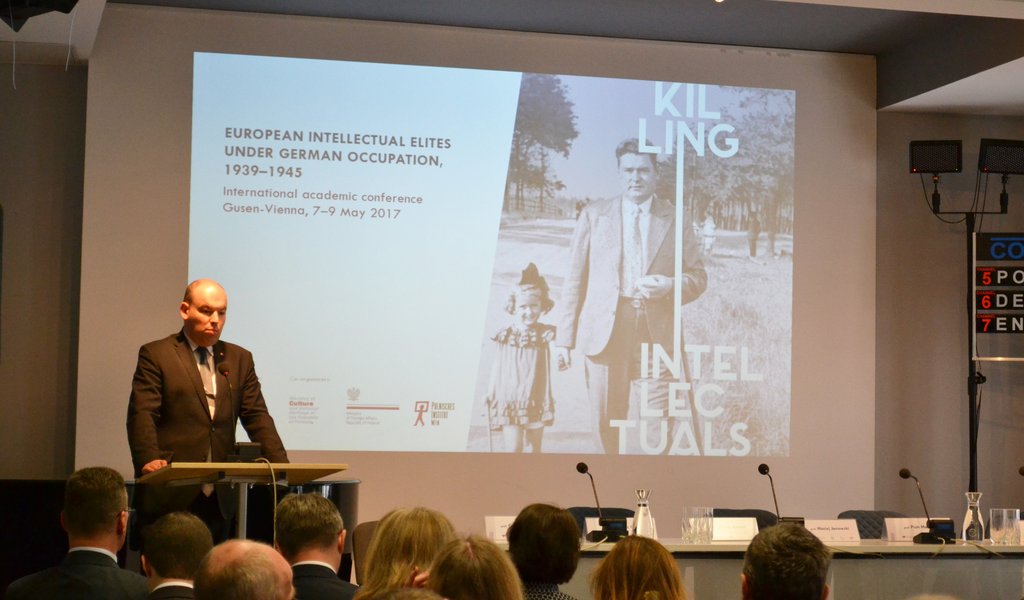 Vienna hosts conference on the extermination of the European intelligentsia

“The destruction of the intelligentsia during the war was a process of physical annihilation of the Polish nation and brought about enormous losses, after the war only about 1 per cent of Poles had a higher education, which had implications for the post-war history of Poland. This loss has been rebuilt over decades,” Deputy Minister Jan Dziedziczak said.

"We want to reach the European intelligentsia with this message, demonstrating what the destruction of the elites looked like. This is why honouring the Gusen camp in the right manner is so important for us,” the Deputy Foreign Minister said.

The camp system of Mauthausen-Gusen included 47 camps in present-day Austria, with the largest camps in Gusen, Mauthausen and Ebensee. It is estimated that there were no fewer than 190,000 prisoners in all camps. Poles accounted for about 25 per cent of all prisoners within the system and were the most numerous nationality.

A two-day conference, jointly organized by the Polish Institute in Vienna and the Witold Pilecki Centre for Research on Totalitarianism is one of the commemorative events marking the 72nd anniversary of the liberation of the Nazi concentration camps of the Mauthausen-Gusen system.

The commemorative events, including those at Gusen Memorial organized by the Polish Embassy in Vienna, was attended for the first time by the Austrian President Alexander van der Bellen.

At the Mauthausen Memorial the ceremony included a concert by musicians of the National Polish Radio Symphony Orchestra and the "Camerata Silesia" choir from Katowice, which was organized by the Polish Institute in Vienna and the Witold Pilecki Centre for Research on Totalitarianism.

On Monday Deputy Minister Jan Dziedziczak met at the Polish Embassy in Vienna with former prisoners of KL Mauthausen-Gusen and members of the Polish community in Austria. The Deputy Foreign Minister bestowed Crosses of Freedom and Solidarity to prominent anti-Communist opposition activists in Poland: Tadeusz Jaskulski, Piotr Radowski and Mirosław Wojnarowski.