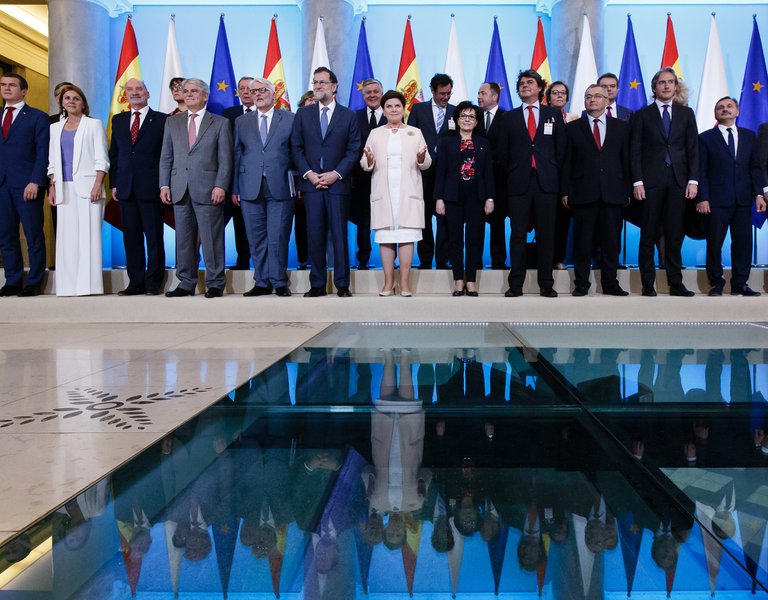 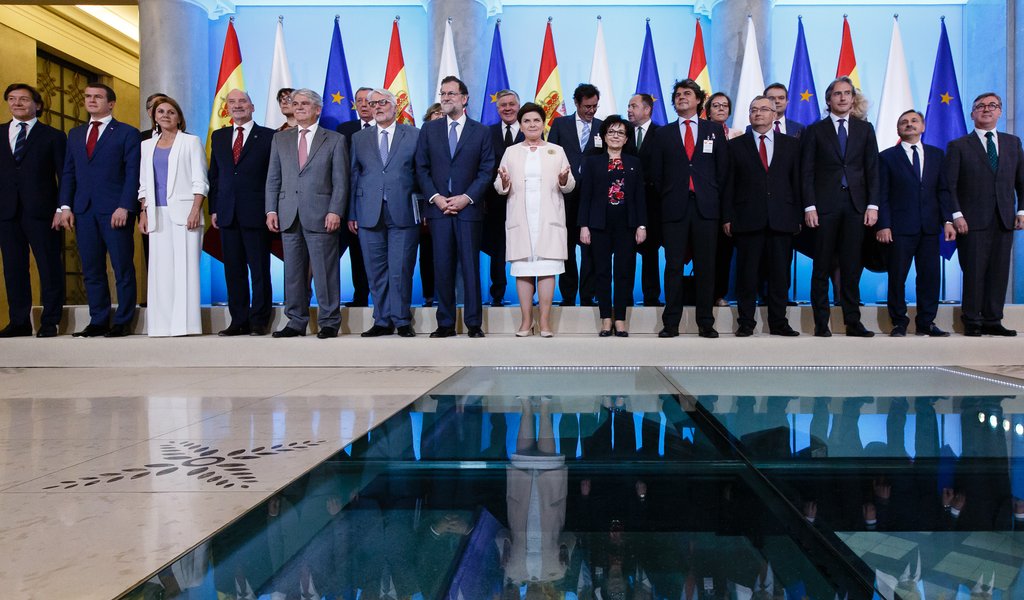 Poland and Spain have similar views about building a strong European Union, Polish Prime Minister Beata Szydło has said during a joint press conference with her Spanish counterpart Mariano Rajoy.

The two prime ministers met on Friday in Warsaw, where ministers from the two countries also held talks. “Poland and Spain have a similar view of building a strong, effective European Union which is close to its citizens, a similar opinion on Brexit as well as the single market, cohesion policy and security policy,” Szydło said. “We will enhance our cooperation with Spain,” Szydło added. She applauded an increase in trade exchange between Poland and Spain. “We are connected by multi-billion dollar investments and this cooperation is going to grow and deepen,” Szydło said.

Foreign ministers of Spain and Poland discussed current European issues, and emphasized the importance of unity and cooperation among member states for making the EU stronger and more efficient, and for bringing European institutions closer to the citizens. Minister Waszczykowski said he is sceptical about the idea of many ‘smaller Unions’, adding that it would weaken the EU and run counter to the principle of European solidarity. “More intensive cooperation is taking on special importance given the serious and complex challenges which Europe is facing due to instability in the eastern and southern EU neighbourhood, and terrorist threats,” said the chiefs of Polish and Spanish diplomacy.

Both foreign ministers expressed their readiness to continue allied cooperation for the sake of strengthening the transatlantic bond, especially in NATO and the UN, with Poland elected a non-permanent Security Council member for the years 2018-19.

High on the ministers’ agenda were also prospects for bilateral cooperation at all levels. Both officials welcomed the pace of trade growth, and expressed their hope that economic and investment collaboration between Poland and Spain will continue to develop.

The 12th intergovernmental consultations were one of the major events commemorating this year’s 40th anniversary of the resumption of diplomatic relations between Poland and Spain.