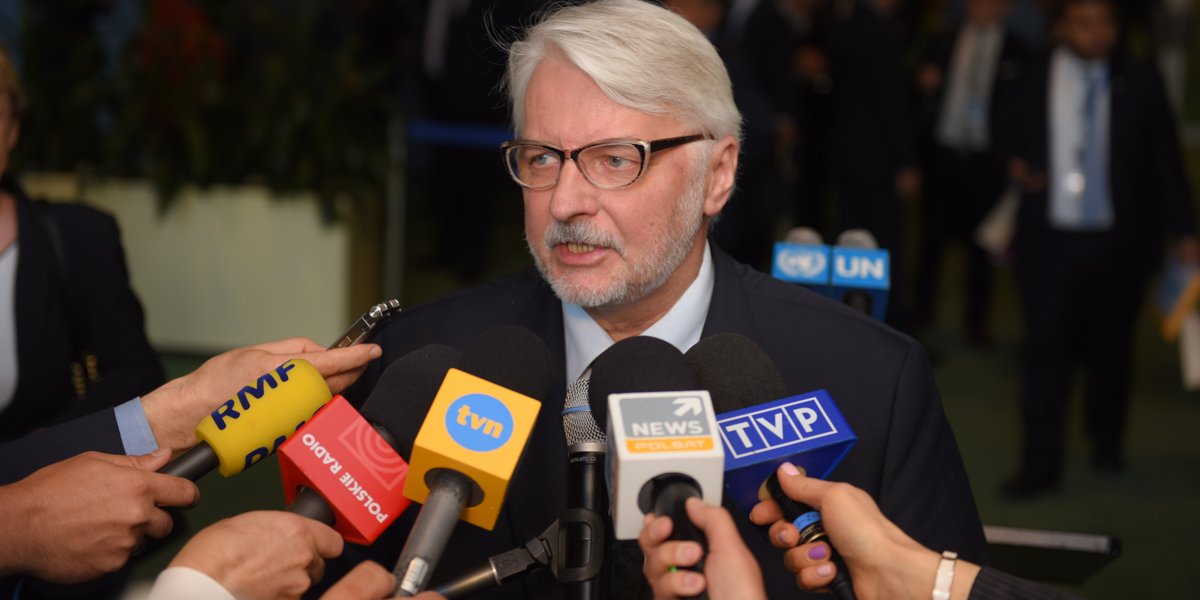 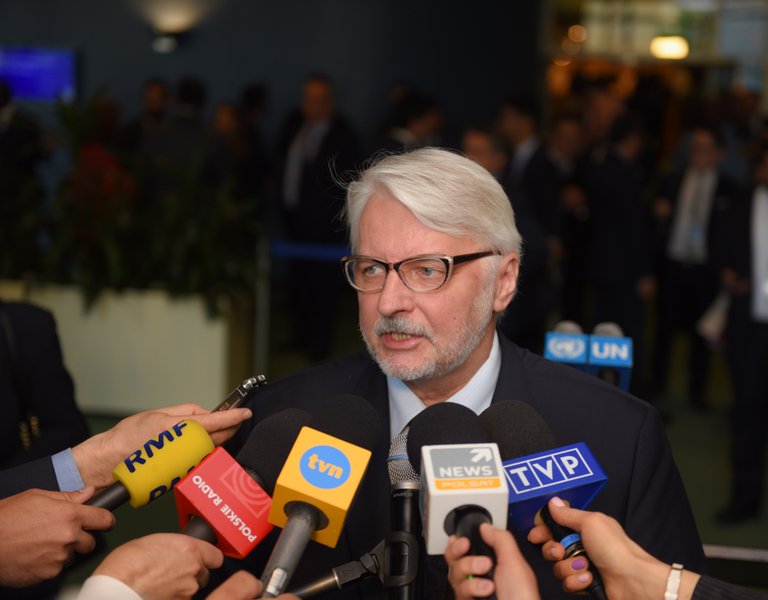 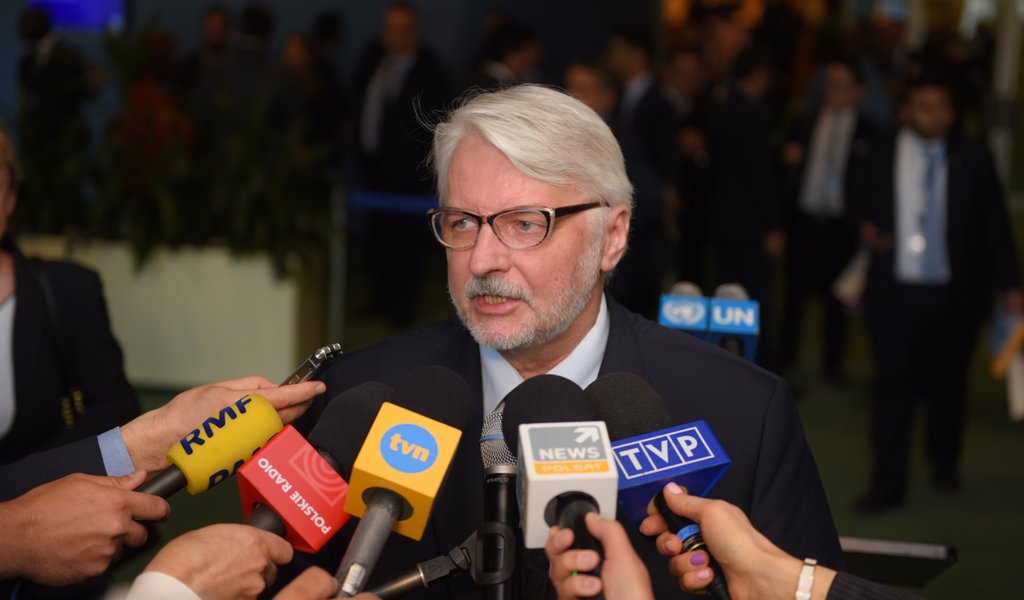 We want the UN to be more visible

“We would like the Security Council and the United Nations to be more visible in the world, to be of major significance,” Minister Witold Waszczykowski told the Polish Press Agency (PAP) following Poland’s election as a non-permanent member of the UN Security Council.

PAP: Which of the issues on the Security Council’s agenda, with which Poland will also have to grapple starting from January, do you consider to be most important?

Witold Waszczykowski: As its very name suggests, the Security Council is concerned with the processes of war and peace. January 2018 will mark no new beginning. We will get involved in ongoing processes straight away, and we will naturally be working to solve the conflicts in Syria, the Middle East, and many others which could occur by the time we begin our term in January. Moreover, we will be addressing the conflict in our immediate neighbourhood, between Russia and Ukraine. The Security Council is a universal body. There are other topics on its agenda we’ll have to deal with.

Permanent representatives of Eastern European countries to the UN have been supporting Poland’s bid for a non-permanent seat on the Council. Will Poland be defending their interests too?

We feel obliged to them. Bulgaria was one of the countries that voted for us and gave up its seat on our behalf. We would like to thank the Bulgarians for this, which is not to say, however, that this Security Council seat was a foregone conclusion. We still had to convince the 190 countries that voted for us. That said, regional issues will certainly be important to us, as will problems of the European Union, which we will be representing on the Security Council. As I mentioned before, the Russian-Ukrainian conflict should also be placed on the agenda.

For years we have been hearing calls for reform of the United Nations, including Security Council. The bone of contention seems to be the right to veto, which the permanent members are reluctant to give up. What other reforms does Poland deem necessary?

Transparency is the key thing. We would like the Security Council to be transparent; we would like the world to be more aware of the Council’s work. Today, few people know which countries sit on the Council in a given term. Also, we would like the Security Council and the United Nations to be more visible in the world, to be of major significance. The UN often gets side-lined, with the international community too often falling back on the concert of powers, looking to the biggest countries for protection and solutions. We complain a lot about the UN, but it is the most important forum. There has been no third world war so far, and that’s the big success of this institution. Luckily, no one has st­­arted a third world war following the two great global wars of the 20th century.

What does Polish public think about the United Nations?

I wonder whether Polish public is taking notice of this success, whether they will be watching us. After this electoral victory we will step up our campaign. We didn’t want to create over-high expectations about the outcome before the victory. And our outcome is an obligation to the world and to Polish society. We want to raise public awareness of the Security Council and the United Nations as a whole.