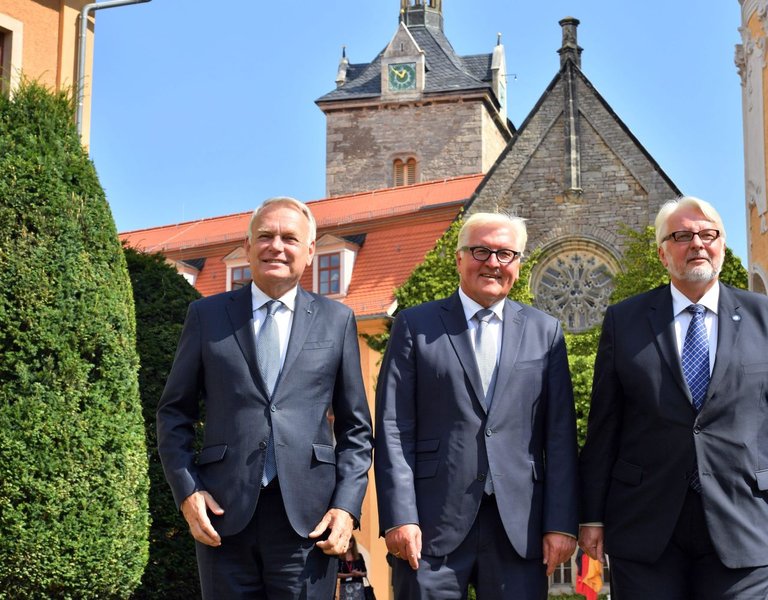 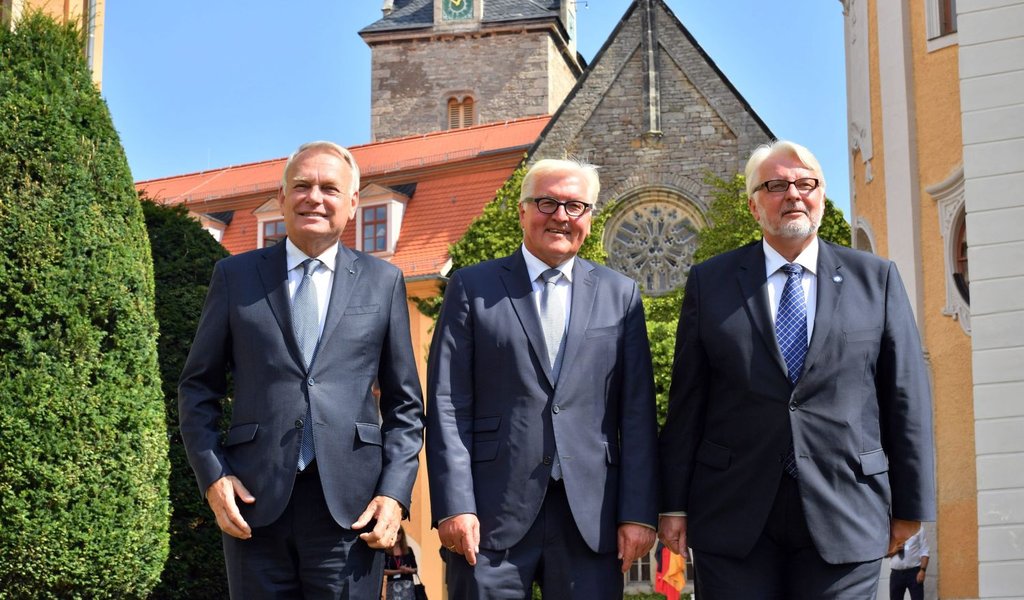 Weimar Triangle foreign ministers: We want to strengthen the EU

We want to strengthen the EU and the foundations of European integration, improving them and proving their effectiveness, read a joint statement on Sunday by the foreign ministers of Poland, Germany and France.

Sunday marks the 25th anniversary of the creation of the Weimar Triangle, which is composed of Poland, Germany and France.  To mark the event, the foreign ministers of the three countries met in Ettersburg castle near Weimar. The meeting was attended by ministers Witold Waszczykowski, Frank-Walter Steinmeier and Jean-Marc Ayrault.

In a joint statement the heads of diplomacy stressed the importance of understanding the causes of eurosceptic sentiment within the context of the referendum in Great Britain. “We want to strengthen the EU and the foundations of European integration, improving them and proving their effectiveness,” the statement said.

The statement went on to say that they want the European Union to be able to achieve more than each country individually “both in the area of internal and external security, migration and refugees, as well as increasing competitiveness, growth and employment, especially among young people”.

The foreign ministers of Poland, Germany and France also pointed to the need for “European civilian and military planning and leadership capabilities” for their crisis response operations. “We stress the need for a continued development of a strong and competitive defence economy in Europe,” they added.

The three Weimar Triangle ministers proposed the organization of consultations with, amongst others, the foreign ministers of Visegrad Group countries.